🔴 YUSHIN OKAMI TAKES ON JAMES NAKASHIMA IN MANILA ON 2 AUGUST 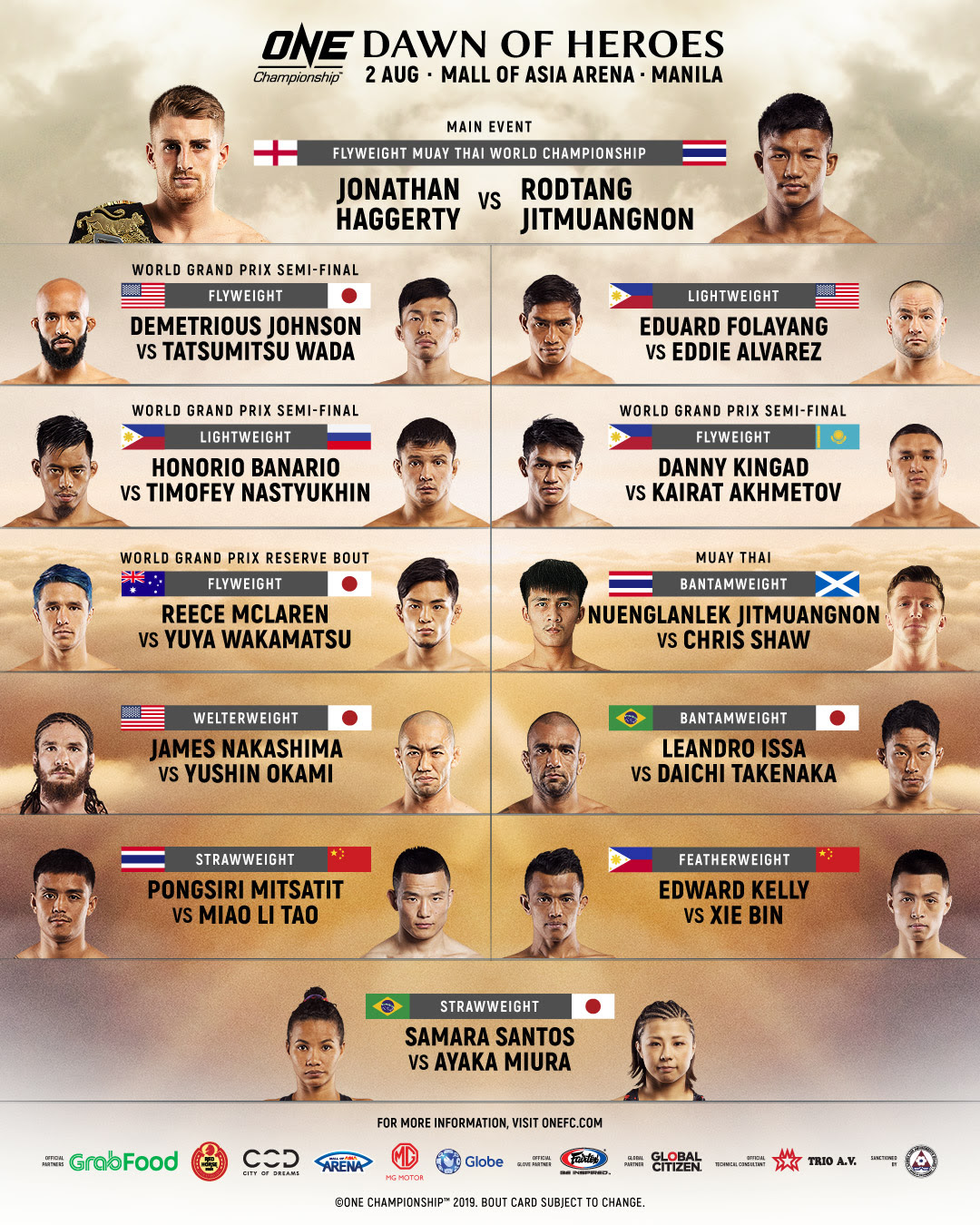 The largest global sports media property in Asian history, ONE Championship™ (ONE), has just announced additional bouts at ONE: DAWN OF HEROES, which takes place 2 August at the Mall of Asia Arena in Manila. Japanese legend Yushin “Thunder” Okami returns to action to face top welterweight contender James “Nako” Nakashima of the United States.

Ticket information for ONE: DAWN OF HEROES is available at www.onefc.com.

Yushin Okami returns to the ONE Championship ring, this time to face undefeated American James Nakashima in a welterweight contest.

Okami is one of the most prolific martial artists to emanate from Japan over the last two decades. With a career that began in 2002, Okami has competed in numerous weight classes — from light heavyweight all the way down to welterweight — in various Japanese promotions including Pride and Pancrase.

On the opposite side of the spectrum, Nakashima has built a career around his well-calculated and intelligent bout strategies, which has brought him victory every time he has stepped into the cage. It will be no different against Okami, whom Nakashima plans to dominate from the first round to the last.

Team Lakay veteran Edward “The Ferocious” Kelly of the Philippines is set to take on “The Stalker” Xie Bin of China in a featherweight contest.

Kelly, a Philippine Featherweight Champion, is well-versed in both the striking and grappling arts. A senior member of the famed Team Lakay of Baguio City, Kelly is best known for his 21-second knockout victory over Cambodia’s Meas Meul in January 2018. He now aims for the same result against Xie Bin.

Mitsatit is a Chiang Mai Muay Thai Champion who decided to pick up Muay Thai to learn how to protect himself, as well as help to support his family financially. Through his hard work and talent, he soon ran up an impressive 72-17 record. Mitsatit made his professional mixed martial arts debut in 2014, and has rapidly emerged as one of Thailand’s most exciting talents.

Miao began training in wushu when he was young in order to protect himself from bullying. Making martial arts his professional career, Miao later moved to Beijing where he now trains at Fight Brothers camp, where he has picked up Brazilian Jiu-Jitsu and sharpens his growing skills among some of the finest Chinese martial artists today.

Sunoto is one of the most well-rounded competitors at bantamweight. His training experience includes taekwondo, sanda, sambo, and traditional Japanese Jiu-Jitsu, where he holds the rank of brown belt.

Aiman, on the other hand, is one of Malaysia’s fastest rising martial arts talents. Featuring a well-rounded skill set, Aiman has impressed in his time inside the ONE Championship cage thus far, defeating Hisyam Samsudin by unanimous decision in his first match in the promotion before stopping Brazilian grappler Eduardo Novaes in his second outing.