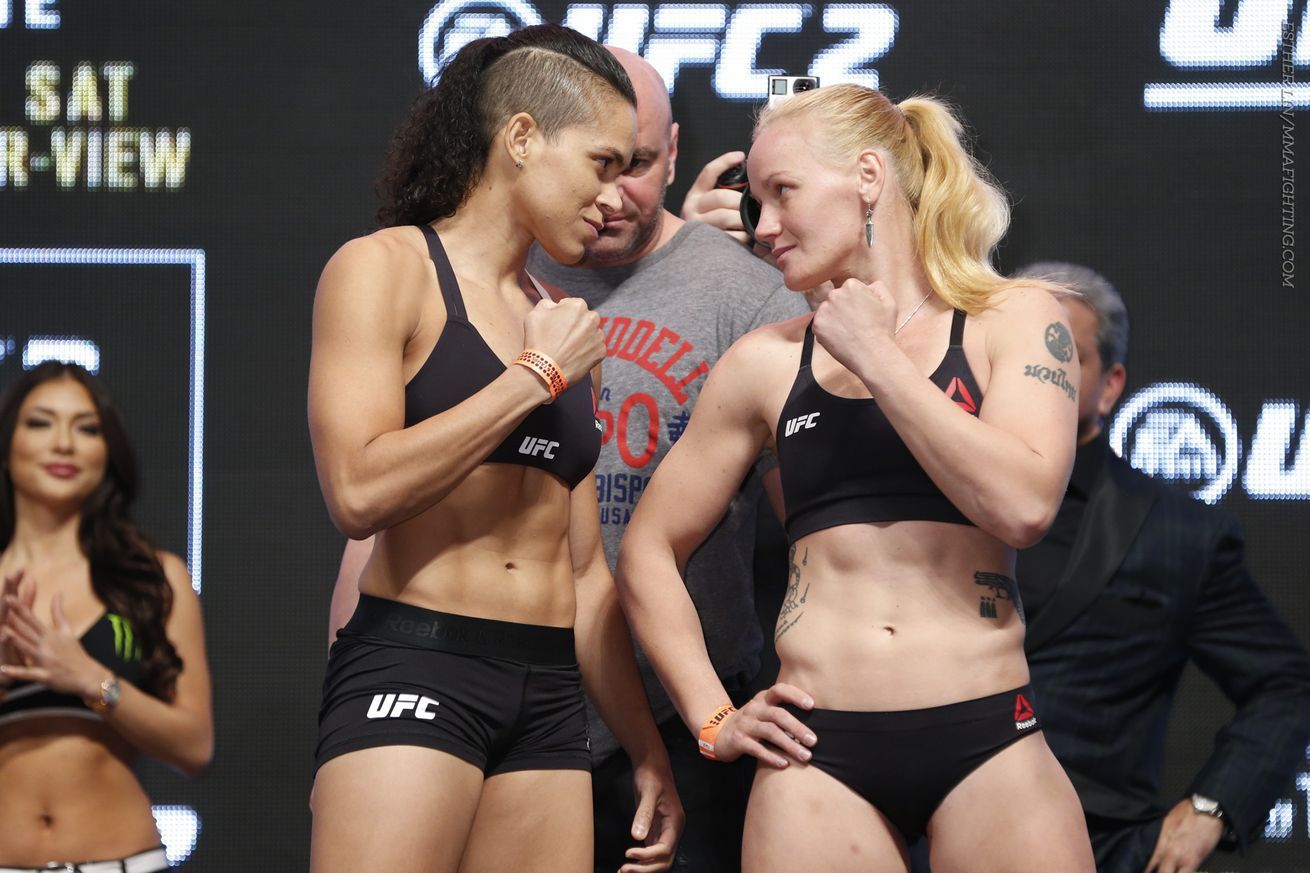 Amanda Ribas, the Brazilian prospect who was supposed to make her UFC debut against Juliana Lima has been flagged by the USADA for a potential anti-doping violation. We’re yet to get the exact reason for the test failure, but for any fighter to land themselves in such situation is a big NO NO.

Gray ‘The Bully’ Maynard makes his third consecutive appearance on a TUF Finale card. Earlier he was part of the TUF 23 and TUF 24 in 2016, where he has tasted a win and a loss at these events.

Justin Gaethje & Mark Diakiese are the only two fighters who have gone undefeated for more than 10 fights in their entire MMA career. Mark is on a 12-fight win streak, while Justin boasts of 17 fight win streak. Can these two keep their records intact?

Alistair Overeem, Alexey Oleynik and Jesse Taylor are the only three fighters who have the highest MMA fights in their kitty. Overeem competes in MMA for 58th time, Alexey 63rd and Jesse for 46th time.

Aspen Ladd is the youngest among all the other 47 fighters competing this weekend at the Fight Week. This promising bantamweight has a perfect 5-0 record with her run at Invicta FC.

Yoel Romero is without a doubt the most explosive and dynamic fighter on the UFC roster. He’s like a wine, which gets better as it gets old. At 40, Yoel is the oldest fighter and just a fight away from grabbing the middleweight title belt is he can secure a win against Whittaker.

Believe it or not but Jim Miller has been competing in the UFC since March 2008. Another year and he’ll make a 10-year anniversary competing at the highest level of MMA today. He’ll be competing for the 26th time inside the octagon and that’s an accomplishment given the fact that Miller has fought with the best in the division.

The rematch we’ve all been waiting for – Defending champion Amanda Nunes & title challenger Valentina Shevchenko both headline the UFC 213 event as they set to face off for the second time. Shevchenko’s only loss in the UFC is against Nunes via decision and she looks to avenge that loss this weekend and get that championship belt. Overeem and Werdum will be facing off each other for the third time since they first met in Pride FC back in 2006. Both have won against each other and the winner of this fight will get to face the current heavyweight champion Stipe Miocic.

It’s a do or die situation for both Jessica Eye and Travis Browne. Jessica Eye is on a four-fight losing skid, Travis Browne lost 3 fights in a row. Whats worse is that Brown’s majority of losses have come via TKO, which makes it worse against the very tough Alexey ‘The Boa Constrictor’ Oleynik who is known to quickly submit his opponents.