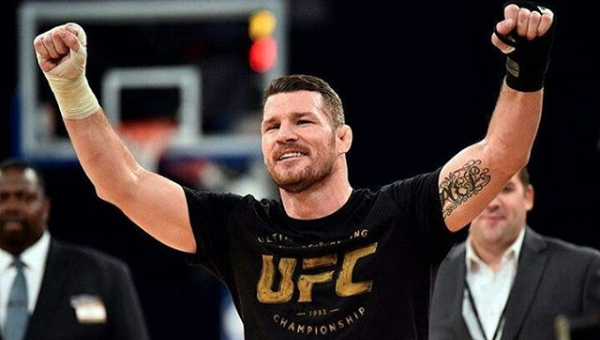 Michael Bisping was born 28 February 1979 is an English mixed martial artist and actor. He fights in the Ultimate Fighting Championship (UFC), and is a former UFC Middleweight Champion. He is also a former Cage Rage Light Heavyweight Champion, and The Ultimate Fighter 3 light heavyweight tournament winner. At UFC 78, he became the first British fighter in a UFC main event. At UFC 199, he became the first and only British fighter to win a UFC championship. 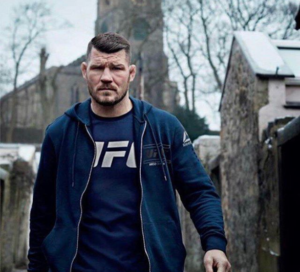 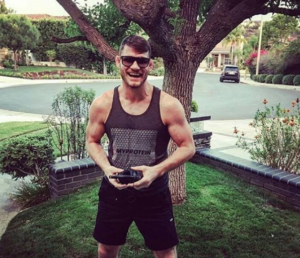 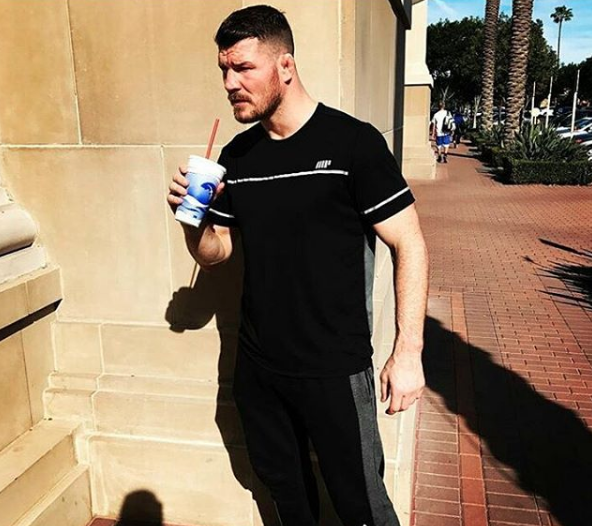 Bisping met his Australian wife, Rebecca in Manchester. The couple have three children and reside in Orange County, California. Their third child was born just before Bisping set off to the USA for final preparation in his fight against Dan Miller

The Bisping family is of noble descent in Poland. Bisping’s father Jan was in the British Army, while his mother is Irish. He began training Jujutsu at the age of eight. In 1994, at the age of 15, he competed as an amateur in Britain’s first “no holds barred” competition, a precursor to modern MMA, called Knock Down Sport Budo (KSBO). 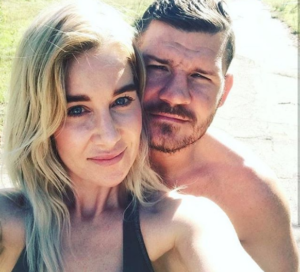 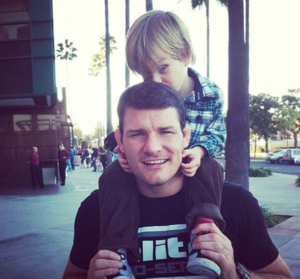 At the age of 18, Bisping decided to abandon his martial arts training “to pursue real life”. Less than a year later, Bisping began training in boxing, kickboxing, and karate on the advice of Allan Clarkin, owner of Black Knights Kickboxing, who saw potential in him. Bisping enjoyed a short but successful kickboxing career, winning the North West Area title and later the Pro British light heavyweight kickboxing title. After again briefly quitting competition in 1998, Bisping returned to kickboxing to take the Pro British light heavyweight title for a second time. Soon after winning his second kickboxing title, he was forced to abandon his full-time training for a “real job”. In addition to working at factories, slaughterhouses and demolition companies, he was also an upholsterer, postman, tiler, plasterer and salesman.

Bisping made his professional mixed martial arts debut at Pride & Glory 2: Battle of the Ages in 2004

At The Ultimate Fight Club UK: Natural Instinct on in January 2005, Bisping made his cage kickboxing debut against David Brown in a light heavyweight contest.

Bisping made his debut for the promotion at Ultimate Force in April 2005, defeating Dave Radford to win the vacant Cage Warriors light heavyweight title.

In September 2005, Cage Rage stripped the light heavyweight title from Bisping due to “management issues” 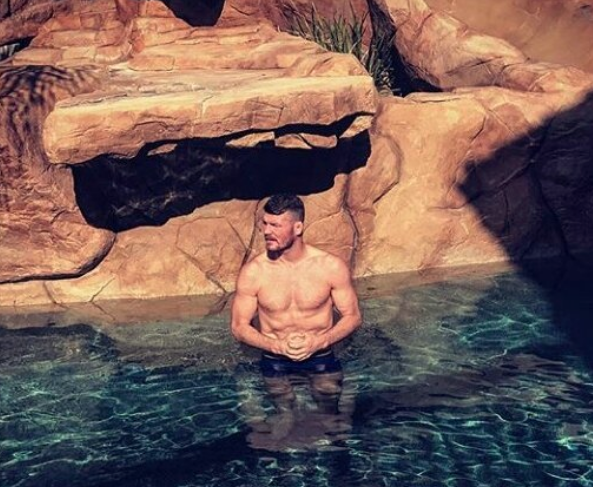 In early 2006, Bisping was featured on the UFC’s The Ultimate Fighter reality television series as a contestant training under Tito Ortiz. He won a preliminary bout against Kristian Rothaermel  by TKO, followed by a semi-final win against Ross Pointon by submission after landing a flying knee and a series of strikes. In the finals, Bisping finished Josh Haynes by TKO at 4:14 into the second round, making Bisping the second Light Heavyweight winner of The Ultimate Fighter television series.

In April 2007, Bisping scored a TKO win over Elvis Sinosic at UFC 70 in Manchester, England.

Bisping was a special guest referee at the Cage Warriors events Enter The Wolfslair in March 2005 and CWFC: Strike Force 6 on 27 May 2006. 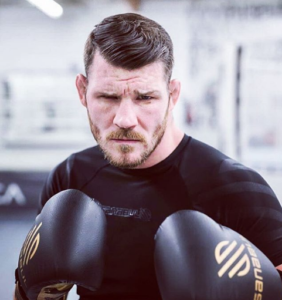 In 2007, Bisping faced former Ultimate Fighter 3 rival Matt Hamill in London, England. Bisping won a controversial split decision after three rounds. Hamill pushed the pace and took Bisping down numerous times in the first two rounds, with Bisping hitting solid strikes and blocking numerous takedown attempts towards the end of the second round and in the third round as well.

Bisping’s next match at UFC 78 against fellow Ultimate Fighter winner Rashad Evans resulted in his first loss, via split decision. 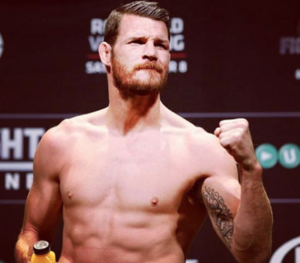 UFC: Michael Bisping says he is open to Luke Rockhold trilogy fight as his retirement bout