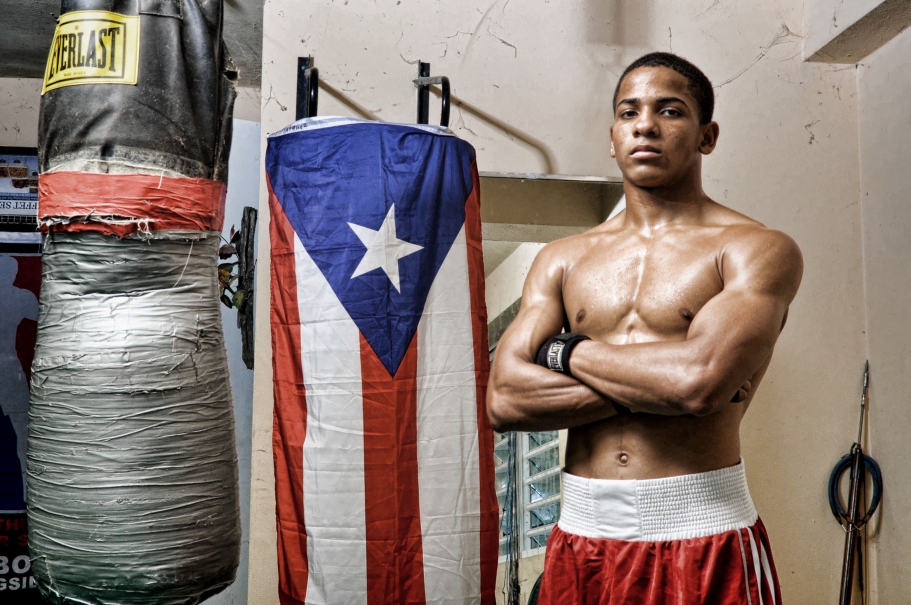 The Puerto Rican star Felix Verdejo suffered his first loss of his professional career, losing by technical knockout in the tenth and final round against unheralded Mexican Antonio Lozada Jr. on St. Patrick’s Day at The Hulu Theater at Madison Square Garden.It was Verdejo’s first fight in over a year, and the 24-year-old from San Juan, Puerto Rico, had hoped he could recapture the momentum he lost following a motorcycle accident in 2016. That wasn’t in Lozada’s plans, though. 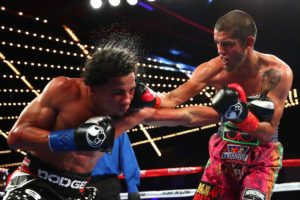 Verdejo (23-0, 15 KO’s), 24, was fighting for just the second time following a motorcycle accident in 2016 that left him with a head injury and small lacerations.

Verdejo got off to a hot start, but his punches did not deter Lozada, who continued to bull his way forward.

Lozada (39-2, 33 KO’s), 27, of Mexico, connected on a powerful right hand in the fifth round, wobbling Verdejo, who had to clinch to avoid a knockdown.

Verdejo fired back, but Lozada cut off the ring effectively, and kept popping his opponent with short punches.The marks began to show on Verdejo’s face, with blood pouring from his mouth, and major swelling developing on the left side of his face.Verdejo was saved by the bell in the seventh round after another onslaught from Lozada left the former prized prospect out on his feet.With little answers, Verdejo swung for the fences in the final round and got beaned. Lozada landed a left hook and dropped Verdejo with a right hand halfway through the round.Verdejo rose before the count of 10, but Lozada nailed him with another massive shot, and the referee mercifully stopped the fight.

Previous articleBoxing: Jose Ramirez beats Amir Imam to win WBC super lightweight title
Next articleUFC: Kajan Johnson hits out at fans for booing him due to his UFC London win