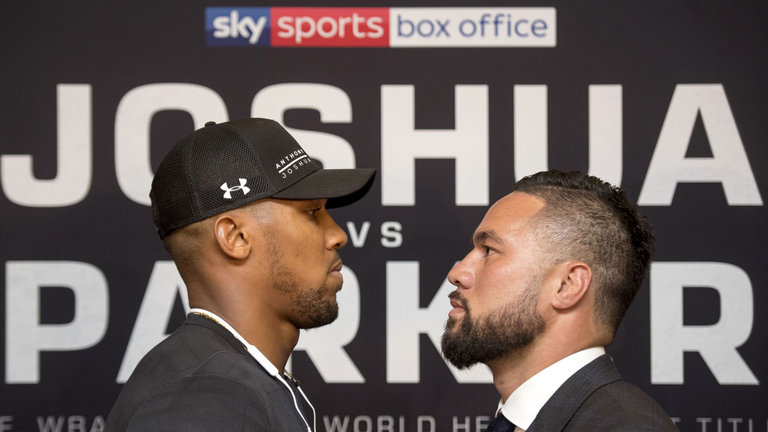 Anthony Joshua is currently in final preparations for his March 31st unification showdown with WBO champion Joseph Parker, where the winner will go on to hold three of the four legitimate world title belts.The other one currently being held by WBC heavyweight champion Deontay Wilder.Coming into the Parker fight some have been questioning both Joshua’s chin and stamina, which although he has shown to have over his 20 fight career in the pros so far, still hasn’t proven either of them enough in the eyes of some. 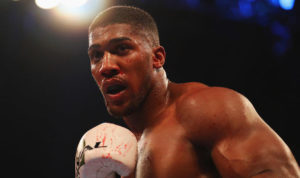 Speaking to the UK Express, Joshua shut them down by saying simply:

He also dismissed these critics as “boring” ahead of his latest title defense.

Joshua has been coming more and more out of his shell this past year or so in the media, with his responses being enjoyably more brutally honest, frank and open.

In an interview to Sky Sports, he said,”Anthony Joshua has got the size, the power, and the skill – and Parker is a guy who comes to him all the time.If Anthony Joshua moves around and uses his reach and his power, he should make it, not an easy fight, but make it easier for himself.If he is going to get macho and start wanting to tear up with him, then Parker is a very dangerous guy, very fit, and he is on you all the time, Joshua has a lot of skill, a lot of size, a lot of power. If he just relaxes and uses Parker to come in, it is as simple as that”.

If Joshua can defeat Parker, it has been speculated that a huge showdown with WBC king Deontay Wilder could be in the offing.