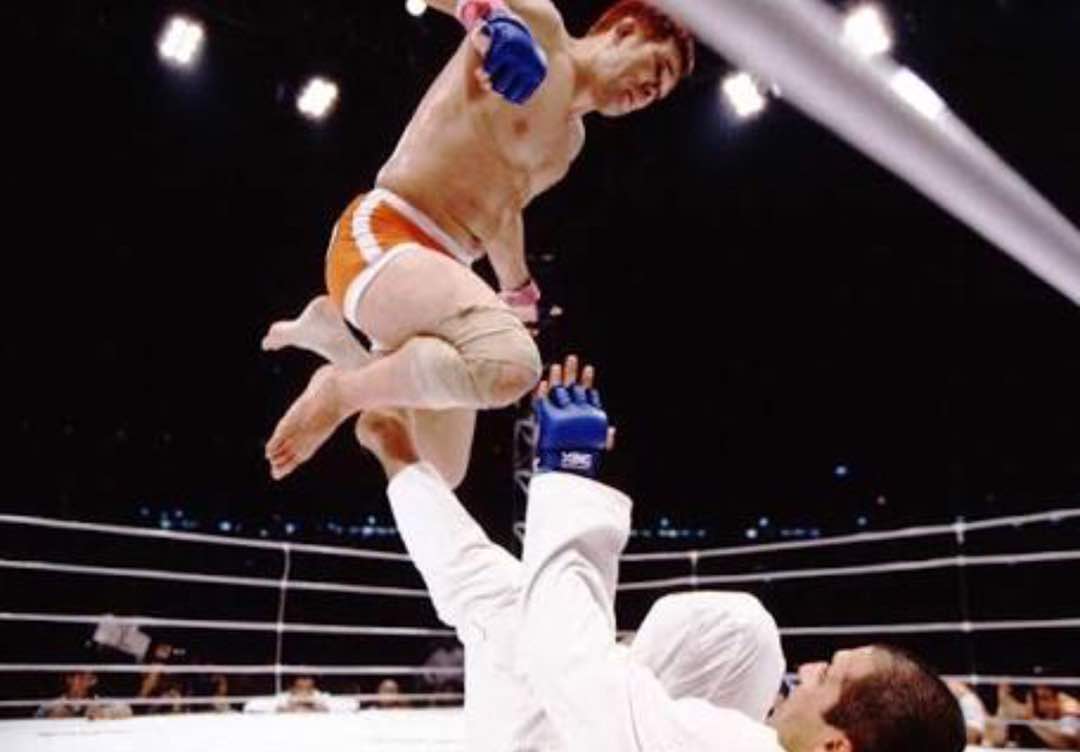 It was the Pride: GP 2000 finals where Kazushi Sakuraba had his fight scheduled against 3x UFC Tournament winner Royce Gracie. Prior to this match, Sakuraba who was on a 6 fight win streak defeated the then undefeated BJJ black belt Royler Gracie (3-0) at Pride 8 event via kimura. Sakuraba vs. Royler was the first match between the catch wrestler and a Gracie family member. Gracie family was displeased with the referee stepping in to stop the fight as Sakuraba held on to the kimura for a long time and Royler unable to escape or make a move.

Royce requested the fight against Sakuraba with special rules – no time limit & no referee stoppage to avenge his brother’s loss. What ensued was a fight of epic proportions as Sakuraba put on a beating and neutralized the BJJ of Royce Gracie the entire 90 mins. Having seen enough, Gracie family had to intervene and throw in the towel to stop the fight. Sakuraba went on to become the Gracie Hunter and a Japanese MMA hero. What’s even more crazier is that the same night, Sakuraba fought the #1 heavyweight Igor Vovchanchyn weighing in 224.9 pounds.