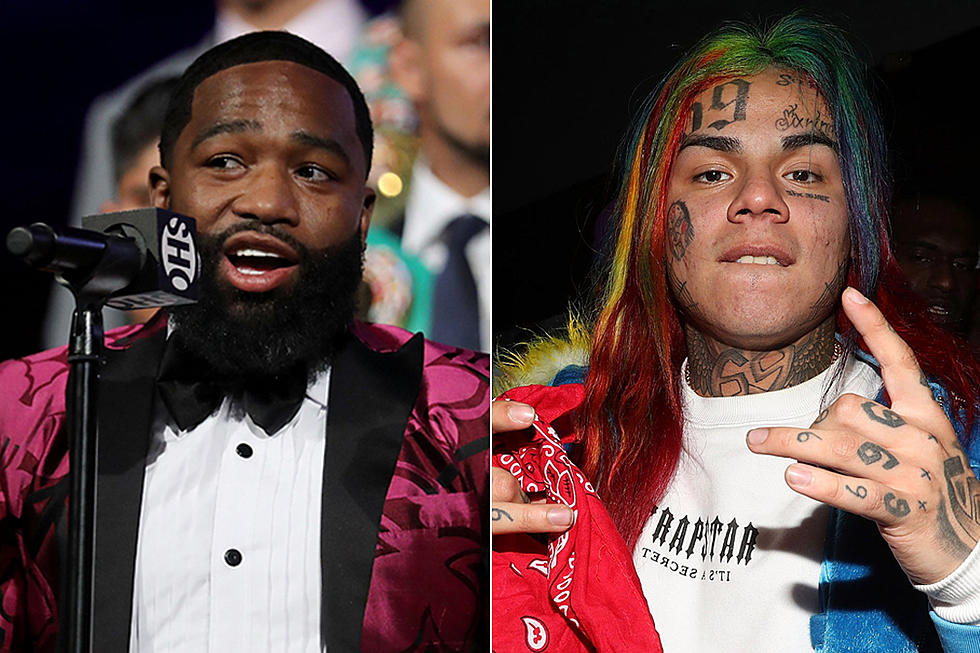 Tekashi 6ix9ine’s built a career off of controversy. Whether it’s his pending case or his multiple beefs, he’s managed to translate his headline grabbing actions into a full-blown career in the rap game. For the most part, he’s predominantly beefed with other rappers. However, it looks like he’s expanding his list of enemies into the sports world. Speaking into what’s presumably a smartphone camera, Broner lets loose a ton of aggression aimed at the controversial rainbow-haired rapper. “Ay 6ix9ine, don’t be commenting no fu*k shit under my pictures, boy. Talking bout, ‘clown,’ n**ga,” Broner begins in the video, which was apparently shot in black and white.

“The only thing with a red nose from where I’m from is a pitbull, nigga.” Broner continued. “And I get to New York this week, ni*ga. Muthafucka gon’ pull up on you, n*gga. I ain’t one of these rap niggas you be trolling with. Quit playing wit’ me.” 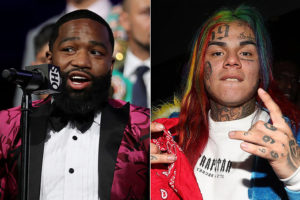 6ix9ine beef began after the rapper left a comment calling Broner a clown underneath an image of the boxer and Power 105.1 host, Charlamagne Tha God. He didn’t say anything else, but he didn’t need to for Broner to jump onto Instagram with his heated message.

There’s a high chance that 6ix9ine was calling Charlamagne a clown but either way, Broner obviously took an issue with the self-proclaimed “King Of New York” having any sort of comments towards him.

As soon as Tekashi got wind of his call-out, he clapped back — calling A.B. a “P***Y” and saying he would bet AT LEAST $100K on him losing to Jessie Vargas this Saturday at the Barclays Center.

“CHECK IN WHEN YOU GET TO BROOKLYN TOO. KING OF MY CITY,” he added.

Broner has always been a controversial boxer and likes to remain in media spotlight and that results with him delivering record ratings for his fights on Showtime.

Previous articleUFC: Eddie Alvarez predicts the winner between Conor and Khabib
Next articlePFL: PFL roster revealed, 6 of these 72 fighters to be millionaires by the end of the year