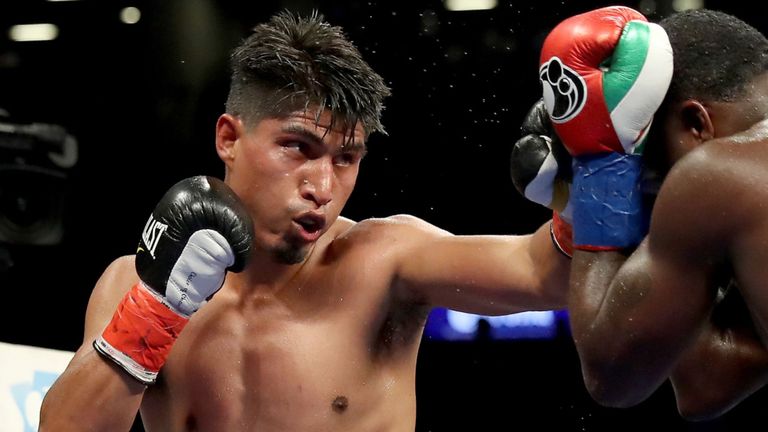 Mikey Garcia has vacated his junior welterweight world title and plans to instead defend his lightweight belt. Mikey (38-0, 30 knockouts) holds the WBC lightweight title, but his last two bouts were contested at 140 pounds. His victory over Sergey Lipinets on March 10 netted Garcia the IBF junior welterweight title, but he had to choose which one to keep. He informed the IBF he was vacating the belt, indicating he’ll campaign at 135 pounds. 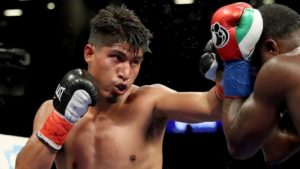 On March 10 in San Antonio, Garcia won a unanimous decision against Sergey Lipinets to take a 140-pound world title. With the victory, Garcia also became a four-division titleholder and only the third fighter in boxing history — along with Manny Pacquiao and Juan Manuel Marquez — to win world titles at junior lightweight, lightweight, and junior welterweight.

The two biggest fights for Garcia in the division would be either a unification bout with Jorge Linares or a showdown with pound-for-pound king Vasily Lomachenko, who moved up in weight class from Super featherweight to Lightweight and will fight Jorge Linares on May 12 (ESPN) at Madison Square Garden in New York.

So that leaves the possibility of a unification fight with Robert Easter Jr. (21-0, 14 KOs), 27, of Toledo, Ohio, who, like Garcia, is associated with adviser Al Haymon and Showtime. Easter has been calling for a fight with Garcia.

According to RingTV, Robert Garcia said,”Right now, if it was up to me, it’s ’35. 35, unify, maybe wait for the winner of Lomachenko and  Linares. Hopefully, Linares can pull it off. I know very few people think he can, but I believe Linares has the skills, the speed, the talent to do good. I wouldn’t be surprised if Linares pulls it off.

“But if not, then we’re going to have to maybe wait a few more years for the fight (between Garcia and Lomachenko) to be bigger and bigger to where both Mikey’s team and Top Rank would do something together and make the fight happen.”

Previous articleUFC: Frank Mir slams Conor McGregor for erasing the hard work put in by MMA Legends
Next articleUFC: Cub Swanson reveals that he almost signed with another promotion before UFC offered a new deal