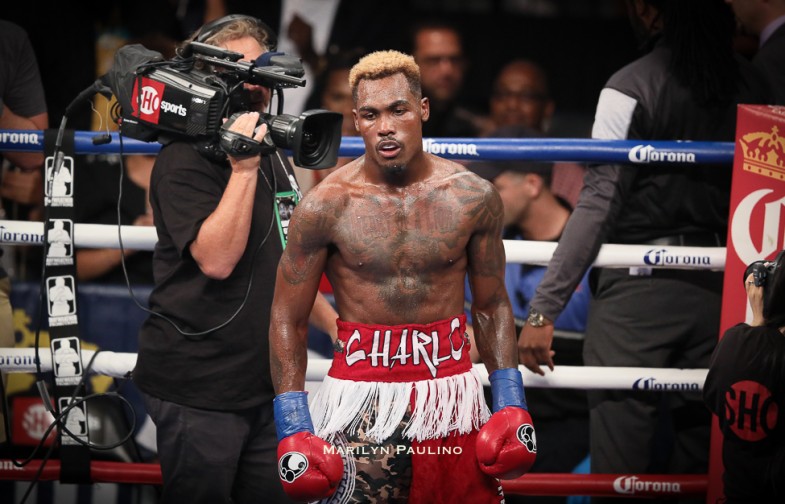 From the Barclays Center in Brooklyn, NY Jermall Charlo (26-0,20KO’s) took on Hugo Centeno Jr (26-1,14KO’s) for the interim WBC Middleweight Title live on Showtime. The fight started as somewhat of a tactical battle with both men trying to establish their jab. Very little risk-taking as it was a feel out round for both men. Charlo showed a lot of patience trying to figure his opponent out.

In the second round, Charlo seemed to hurt Centeno and quickly went forward to move in for the kill. Charlo caught him with a beautiful combination that dropped him and Centeno was unable to beat the count. Charlo scored a fairly easy second-round knockout. 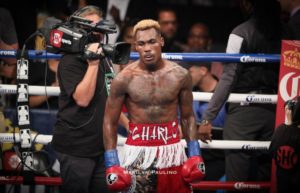 Charlo was already Golovkin’s WBC mandatory challenger before the fight, but the World Boxing Council had him fight for the interim WBC 160 lb. title in an odd move by the sanctioning body. It would have been better for the WBC to remove Saul Canelo Alvarez as the other WBC mandatory to GGG due to him not being enrolled in the WBC’s ‘Clean Drug’ program. The WBC could then order Golovkin to face Charlo, and that fight would happen later this year rather than the Canelo-Golovkin 2 rematch.

“I’m a two-time world champion. Bring on ‘GGG.’ I want that fight. I’m 27-0 with 21 knockouts. Everybody sees it. What more can I say?” Jermall said after the fight. Everybody has always avoided me and from now on, this is how it’s going to be. You see what you get.”

Golovkin could face Charlo next year if he’s not tied down with a third fight with Canelo and a unification fight with WBO middleweight champion Billy Joe Saunders.