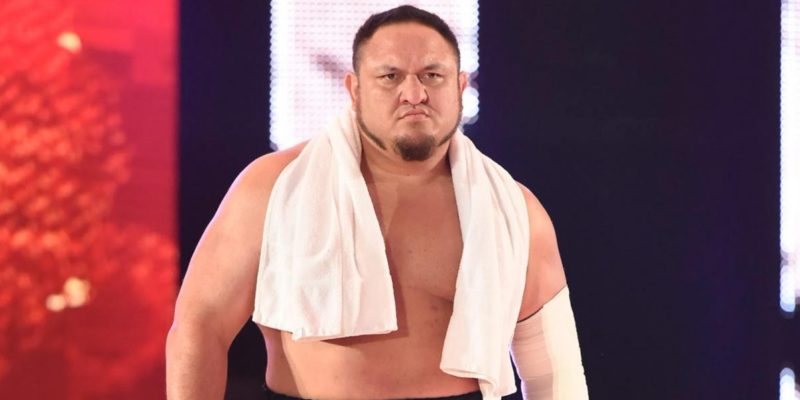 “The Destroyer” Samoa Joe recently spoke with The National to promote the upcoming WWE Greatest Royal Rumble mega event, where he talked about a variety of professional wrestling topics. Here are some of the highlights fro the interview:

Samoa Joe gives his opinion on the 50-man Royal Rumble match saying that he is interested to see how the grand match ends up.

“Intrigued is the best word that I have to describe it. The audacity of the match if anything. That many people in a ring at once, and really the amount of time involved. If you are in from the start you are in for a marathon. I do think it will make for one wild brawl. It will be interesting to see how it comes up.”

Joe is asked about a possible match against Brock Lesnar to which he expresses that he is not afraid of The Beast Incarnate. He says you have to be a monster to beat a monster.

“I watched grown men tap dance around Brock Lesnar because they are scared of him. There is an edict in the company that Brock Lesnar is a thing to be feared at all times and all this. I fear no man. I don’t believe in and respect anyone who fears other men.

“You know, Brock Lesnar is like everybody else in the world. You go out, you smash him in the face, get in the grill. You have to get up close and personal with Brock Lesnar. If you are going up against a monster you better be a monster yourself. You have to have a monstrous fury in your heart because that is what it is going to take to beat that guy.

“I am not done with Brock Lesnar. Brock Lesnar knows that. He knows I am not scared of him.”

Check out the entire interview by clicking here.