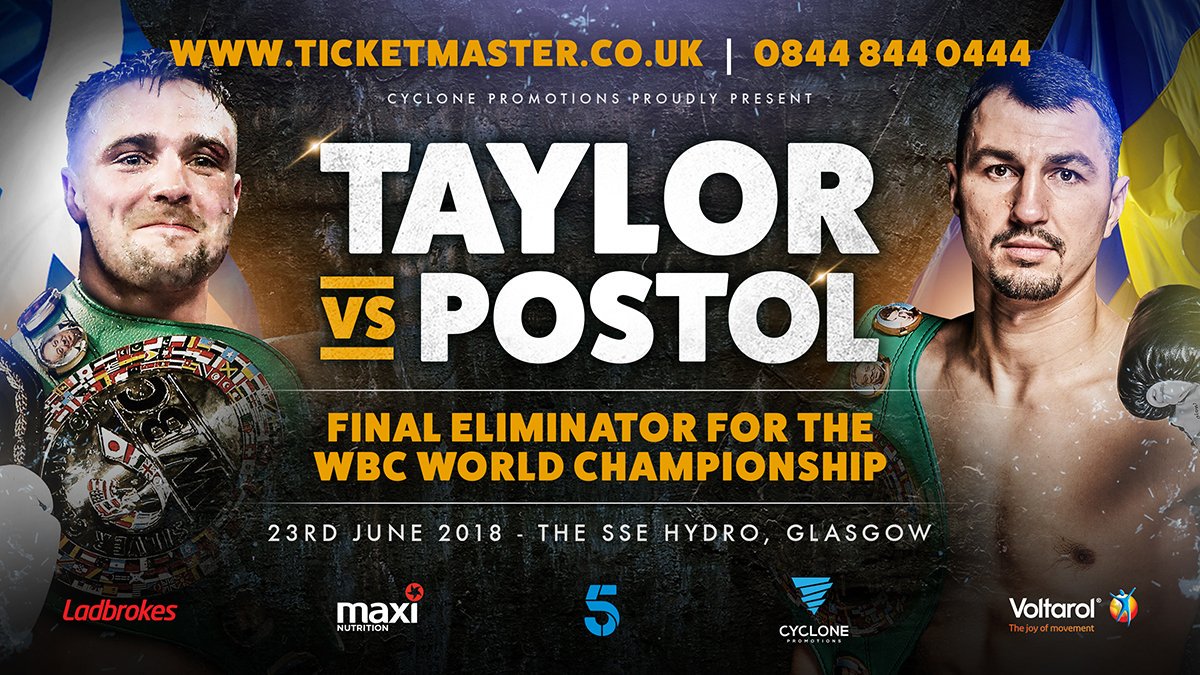 In what is undoubtedly the toughest test of his career to date, Scotland’s Josh Taylor will face former WBC junior welterweight titleholder Viktor Postol at the SSE Hydro in Glasgow, Scotland, on June 23. Taylor has looked impressive in his young career. He has shown great poise and power running through each opponent he has faced. He was last seen scoring a TKO win over Winston Campos back in March. He’s on the fast track and has progressed nicely. 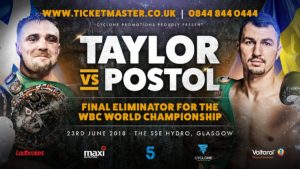 “I can’t wait to get back under those lights,” said Taylor (12-0, 11 knockouts), who is coming off a third-round stoppage of late-replacement Winston Campos in March. “This is definitely my toughest opponent to date, and Viktor Postol should be the perfect test for me at this stage of my career. He’s taken on and beaten some of the best fighters in the world, and I know he’ll be coming here with the hope of spoiling the party.

“To know I’ll be in line for a world title shot if I get the win has really put the fire in my belly, and you can expect to see the best Josh Taylor. The support in Scotland is always phenomenal, and I can’t wait to make it another night to remember for everyone involved.”

Postol was last seen in September of 2017 winning a unanimous decision over Jamshidbek Najmiddinov. It was his first fight back since losing his WBC Super Lightweight Title to former undisputed champion Terrence Crawford.

He was scheduled to fight Regis Prograis for the interim WBC Super Lightweight Title but an injury in camp derailed those plans. Taylor will be looking to make a statement and let the world know he has arrived.

“I am very happy to fight in this final eliminator,” said Postol. “Taylor is a tough opponent and he had a good amateur career. He is a hard puncher, as you can see from his pro record, and he changes stances throughout his fights. I will need to be sharp.

“The win in this fight against Josh Taylor will help me to approach my goal of becoming world champion once again. Taylor is a worthy opponent and I am fully focused on this fight. Let the best man win.”

Promoter Barry McGuigan said, “Both men are fresh, full of desire and ready to put it all on the line. This should be a cracker.”