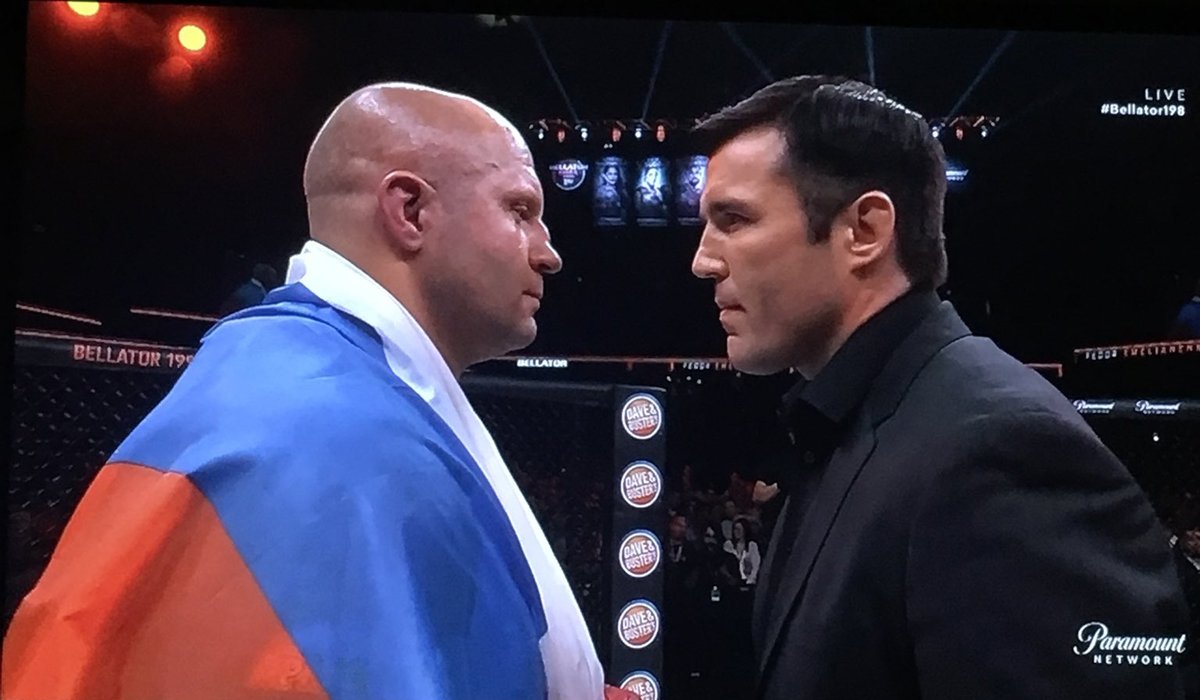 Fedor Emelianenko (37-5) dropped Mir with a short left uppercut, then quickly finished him with strikes on the ground. The heavyweight fight, which would have been one of the biggest in MMA history had it taken place during their respective primes, headlined Bellator 198 in Rosemont, Illinois. The 41-year-old Russian advanced to face Chael Sonnen in the second round of the Grand Prix. Emelianenko dominated MMA in the heavyweight division from 2000 to 2010. He lost to Matt Mitrione by TKO last June in his Bellator debut, but he previously won five straight fights after three consecutive losses. 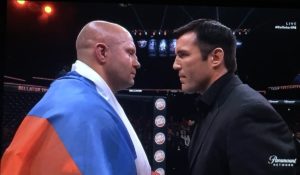 The 38-year-old Mir also enjoyed most of his success from 2000-10. The former UFC heavyweight champ was knocked out by New Zealand’s Mark Hunt on March 19, 2016.

Sonnen entered the ring after the fight and cut a quick promo, telling Emelianenko: “The only thing I hate more than being in the cage in Chicago is being here with you and I assure the next time I am, it will not be for long.”

It capped off a wild night for Bellator as all five main card fights ended in stoppages, including four in the first round.

In the undercard bout Dillon Danis (1-0 MMA, 1-0 BMMA) forced Kyle Walker (2-5 MMA, 0-1 BMMA) to tap to a toehold quickly into the first round for a win in his highly anticipated professional MMA debut. The stoppage came at the 1:38 mark of the first round for Danis, a training partner of Conor McGregor and one of the most highly decorated grapplers now in MMA.