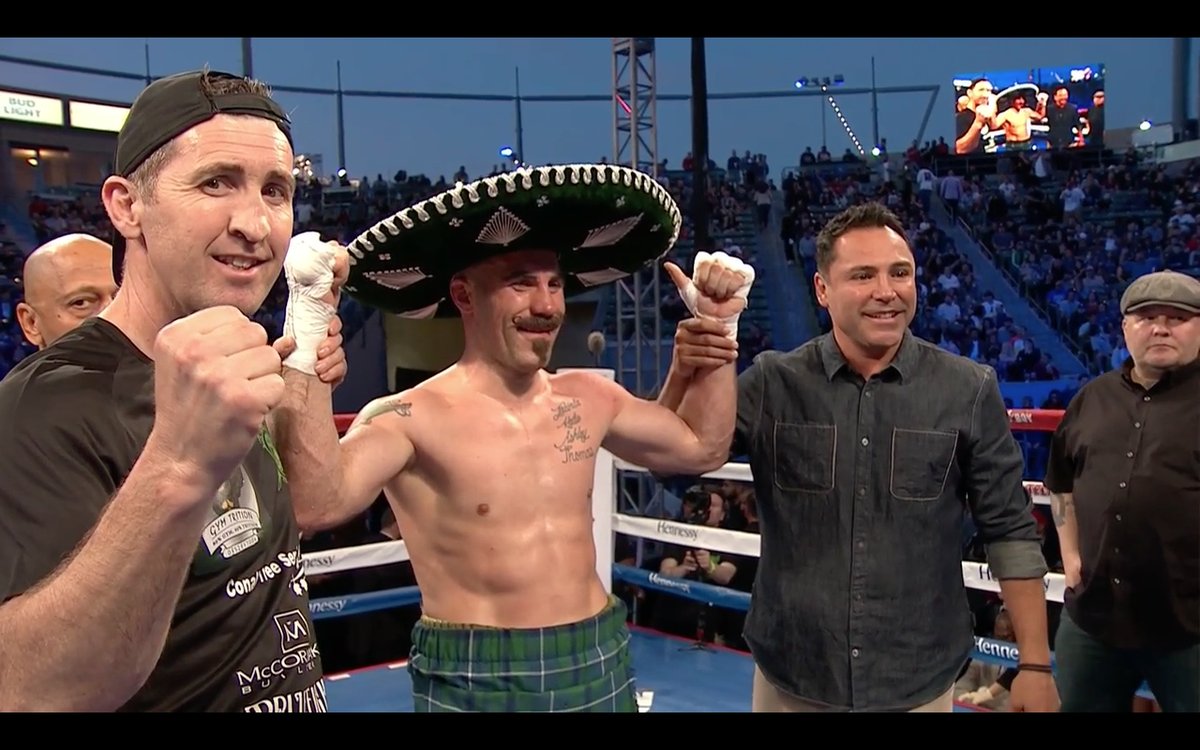 Gary ‘Spike’ O’Sullivan made light work of his overmatched opponent to secure a straightforward victory in California on Friday night. Primed for a future fight with either of the middleweight division’s superstars, Gennady Golovkin or Canelo Alvarez, Spike O’Sullivan cruised to a three-round win against Berlin Abreu at the StubHub Center.

Abreu, a natural welterweight who stepped up to middleweight to face the Cork native, showed in stages but received some heavy punishment from O’Sullivan in the third round and quit on his stool at the end of the stanza, failing to show for the fourth round.

A chorus of boos rang out around the arena due to the nature of the ending, however, it was job done for O’Sullivan who will surely expect a much tougher assignment next time out. 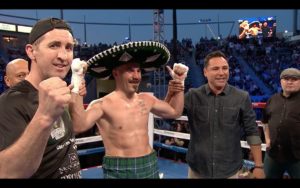 “I was disappointed when he didn’t come out, I would have liked the opportunity to put him on the canvas for the fans, but it wasn’t to be,” said O’Sullivan in the post-fight interview.

“I hadn’t got any footage of him but I felt he had a bit of power. But a loss to him would have been devastating for my prospects of moving on. But I think I have a lot more in the locker and a lot more ability from what I showed tonight.

“He didn’t bring the best out of me. I showed a lot more in my last fight with Antoine Douglas.

“The bigger the occasion, the better the fighter I will be.

And looking to the future, O’Sullivan, it would appear, has been promised a top-level fight by his promoters Golden Boy, however, whether that is a match-up with Canelo for his comeback fight in September – to coincide with the Mexican Independence Day – or waiting until after that much-anticipated GGG-Canelo rematch remains to be seen.

“I’ll be happy to oblige with whatever Golden Boy gives me. We’re going to sit down and talk about it,” added O’Sullivan.