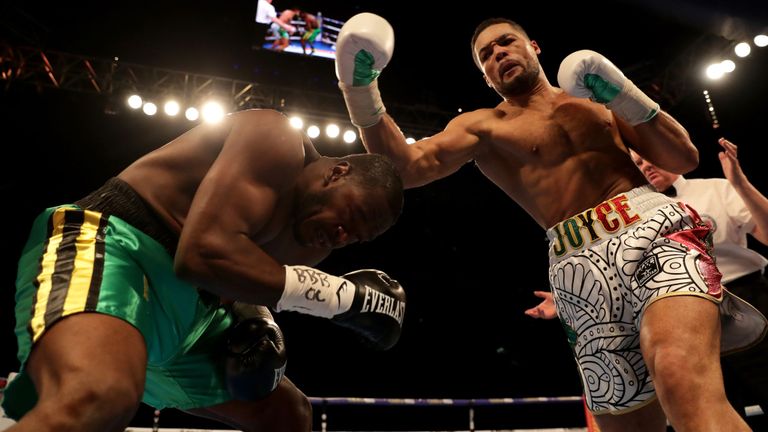 Joe Joyce knocked out Lenroy Thomas in the second round at the 02 Arena to break a 106-year record by winning the Commonwealth heavyweight title in only his fourth fight as a professional. The 2016 Olympic silver medallist – Britain’s most decorated amateur boxer – was relentless from the start and floored Thomas with a heavy shot near the end of the first round.

The Jamaican was put down again early in the second and was wobbled by several clubbing shots as Joyce plowed forward. And when Thomas was sent back to the canvas by a thudding left hook, he was unable to beat the count. 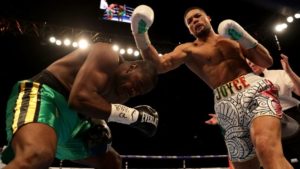 Joyce decked out in Mexican colors for Cinco de Mayo, overpowered Thomas physically from the first bell. The number of punches thrown by the Brit was a difficult puzzle for his visitor to solve, and he looked flummoxed after a couple of minutes. Joyce swaggered forwards, sometimes with his hands down, throwing punches at will – it wasn’t always pretty but it was effective and overwhelmed Thomas. The Jamaican, who has boxed Doncaster’s Dave Allen twice, was down at the conclusion of the first round after a body shot hurt him.

Joyce had 27-fight veteran Thomas down for a second time after brutalizing him with a flurry of punches in the corner. The fight ended with Joyce instigating a trade in the center of the ring, and Thomas slowly wilted to the canvas, unable to get back up.

“It means a lot. I thought I did a good job,” said Joyce.

“I landed some good shots that I wanted to land and hopefully gave the crowd a good show.

“I’m ready for anything. The world’s my oyster.”

The target for Joyce next is a showdown with the winner of the upcoming British title fight, between Hughie Fury and Sam Sexton.

If they are unable to get the winner of Fury vs. Sexton, the next option would be a collision with veteran heavyweight Dereck Chisora – who initially was the prime target for May 5, but rejected the monetary terms.

Previous articleWWE: WWE to make announcement regarding the UK Division next month
Next articleUFC: Jon ‘Bones’ Jones has not been tested by USADA since October 2017