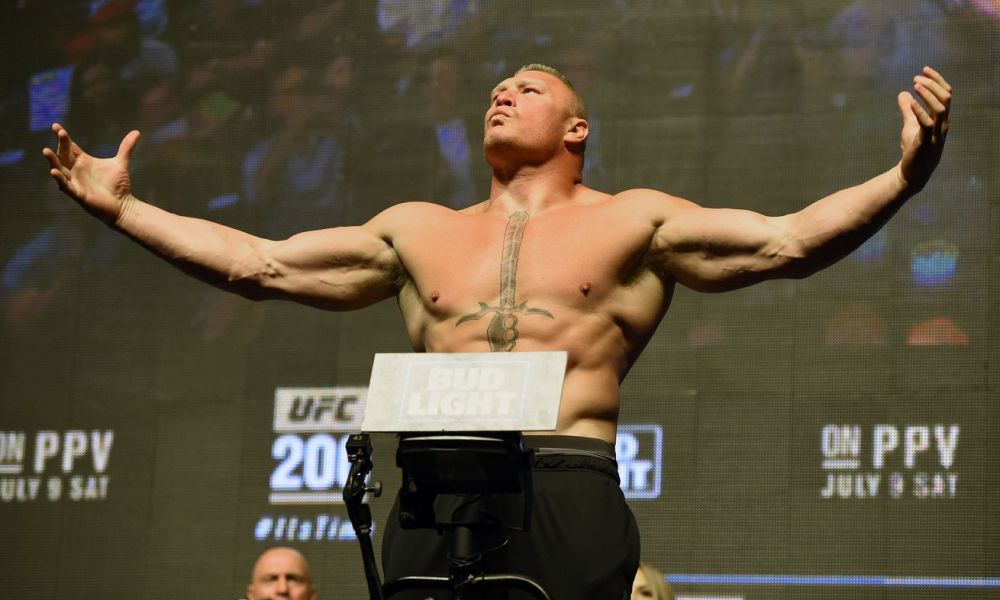 Two years ago, Brock Lesnar fought Mark Hunt at UFC 200 and beat him via unanimous decision only to be overturned by the athletic commission because Lesnar tested positive for Clomiphene.

Following his failed drug test Lesnar was tested five times in 2018 by USADA and he is eligible to make his octagon return no earlier than Jan. 8 2019.

The UFC wants to make a super-fight between Brock Lesnar and Daniel Cormier, but before Lesnar can step inside the Octagon, there’s one more hurdle that he needs to clear.

Lesnar will not be able to challenge Cormier, at least not in Las Vegas, until he pays $250,000 to the Nevada State Athletic Commission.

“(Lesnar) is still suspended based on his fine. He is required to pay the fine or set up a payment plan with the Attorney General’s Office (to get cleared from the suspension).”

MMAWeekly got back to the commission and Lesnar has yet to pay the fine.

Brock Lesnar is one of the most popular sports personalities in the world and fighting him guarantees bigger paydays for fighters. Even UFC Light heavyweight champion Jon Jones is gunning a fight against the ‘Beast Incarnate’.

Last time Brock Lesnar won a fight was back in 2010 when he submitted Shane Carwin to retain his UFC heavyweight title.

Previous articleLuke Rockhold targets ‘beatable’ Jon Jones at LHW – I’m coming for you
Next articleUFC: Wonderboy welcome to the idea of Anthony Pettis moving up to 170 for ‘fan friendly’ fight