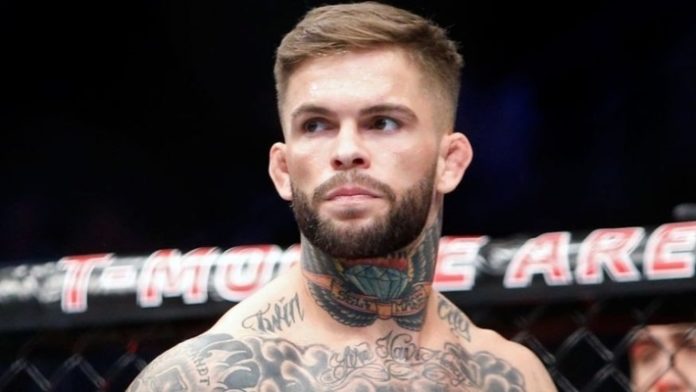 Ever since losing his UFC bantamweight title to TJ Dillashaw, former UFC bantamweight champion Cody Garbrandt believes that his last defeat will help mold him into greatness. Cody “No Love” Garbrandt lost his Ultimate Fighting Championship (UFC) bantamweight title in his first defense. He was finished by T.J. Dillashaw via TKO in the co-main event of UFC 217. It was the first professional mixed martial arts loss in Garbrandt’s career.

Cody will have a chance to avenge his first loss to Dillashaw at UFC 227 on Aug. 4 at the Staples Center in Los Angeles, California. 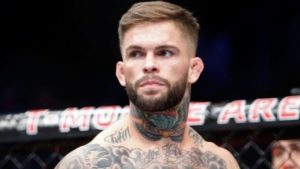 During a recent appearance on MMAFighting.com‘s “The MMA Hour,” Garbrandt explained why losing the 135-pound title was a blessing in disguise and why that loss is going to make him great.

“I lost an amateur fight where it was supposed to be my last amateur fight before going pro and people were like, ‘Oh, you think you’re going to make this? You just got knocked out as an amateur?’ And I went on to win 13 fights straight and become a world champion, the best in the world. So that’s why I’m so motivated now. I just took it all in, walking out of the Octagon on November 4th [at UFC 217]. Like, alright, we’re on this, I knew 100 percent we’d get this shot again. Didn’t care how long it had to take me.”

Initially, the rematch between Cody and TJ wasn’t guaranteed as TJ was gunning for the super fight with UFC Flyweight champion Demetrius Johnson. The rivalry between bantamweight stars T.J. Dillashaw and Cody Garbrandt was renewed back in February when reports surfaced that the two were being considered as a replacement main event for UFC 222 on March 3 when featherweight champion Max Holloway who was scheduled to defend his title against Frankie Edgar had to pull out due to an injury, but TJ Dillashaw turned down that idea as he wanted Cody Garbrandt to earn his title shot.

However, UFC matchmakers finally booked the event for UFC 227 and Cody will have his chance of avenging his loss to TJ Dillashaw.

Previous article
MMA India Exclusive: Amanda Cooper plans to ‘take down’ the Mackenzie Dern hype at UFC 224, hopes to fight for the title in a year
Next article
UFC: Yair Rodriguez has been cut from the UFC for refusing to fight Zabit Magomedsharipov