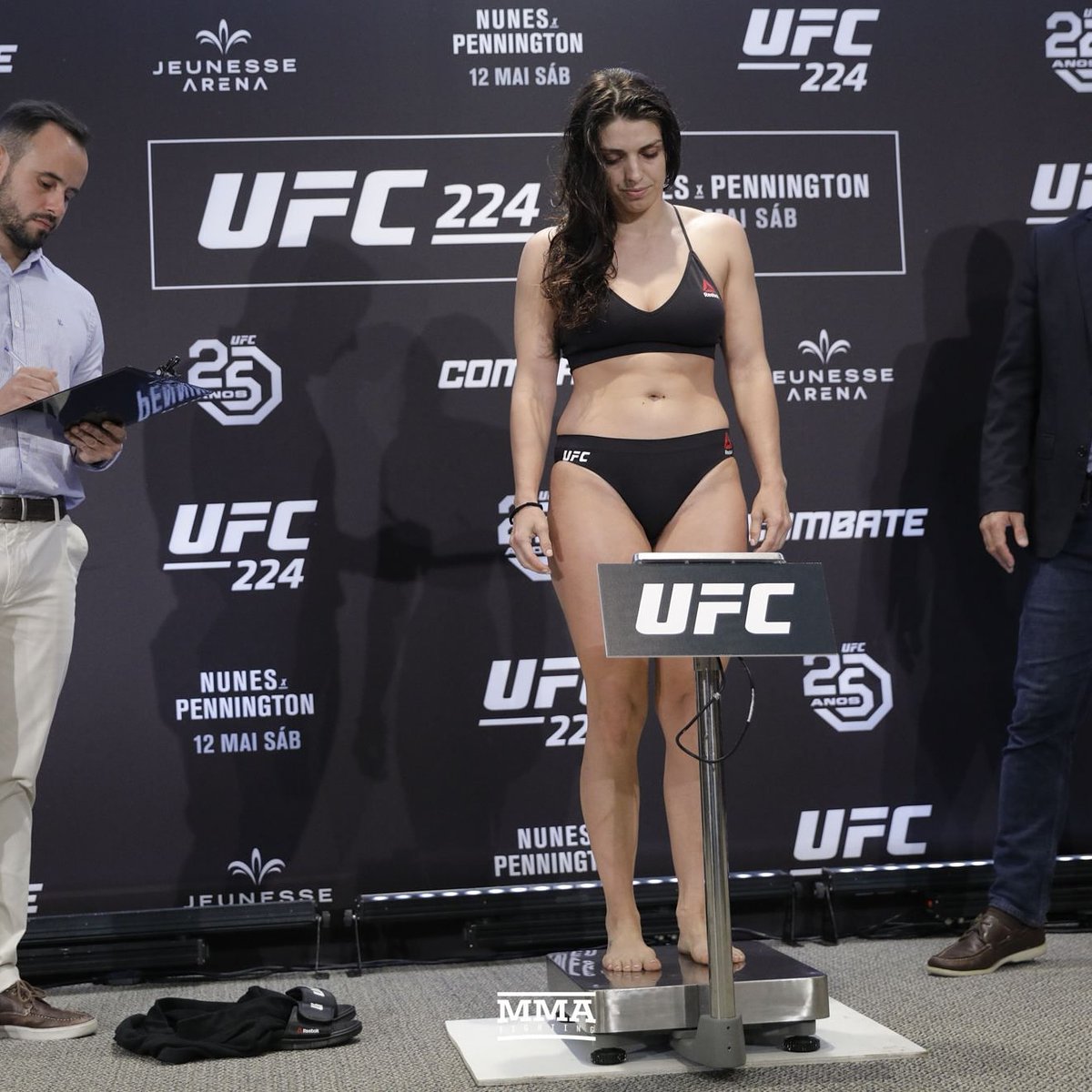 Many are dubbing MacKenzie Dern as the next women’s MMA star, but not even two years in her professional MMA career, she has already missed weight three times. Roughly 40 minutes into Friday’s early weigh-ins in Rio, Dern stepped onto the scale. Remarkably, she was closer to the flyweight limit than strawweight. She weighed in at 123 pounds, seven pounds over the non-title limit for the weight class. 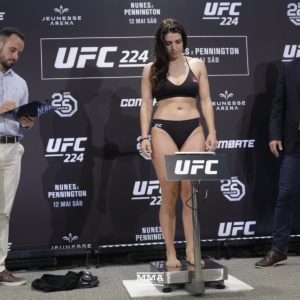 The undefeated 25-year-old weighed in with over an hour remaining and did not make a second attempt. Prior to joining the UFC, Mackenzie Dern (6-0) failed to make the strawweight limit twice. Her opponent, Amanda Cooper weighed in 30 minutes later and was 116 lbs. It is understood that the fight will go ahead as a catchweight contest with Dern forfeiting a percentage of her purse to Cooper. Dern will also be exempt from winning any performance bonuses.

Dern previously took to Instagram post promoting a scale during fight week, it seemed as though she was confident about coming in on weight for her sophomore UFC bout against Amanda Bobby Cooper. However, any confidence she may have felt turned out to be unfounded.

The fight at UFC 224 still will go on, but the situation brought on a lot of heat for the undefeated prospect. MMA media and numerous fighters took to Twitter to express their feelings Dern missing weight:

7lb!!! What the hell 🤦🏻‍♀️🤦🏻‍♀️ this isn't the first time she's missed by so much. Maybe she should be fighting at 125 if she's consistently going to miss 🤷🏻‍♀️

I feel sorry for Amanda Cooper who was professional enough to make weight here. 7lb is fucking huge @ 115 https://t.co/zeYNv0I9MZ

So much talent and potential, but the MMA work ethic just doesn't appear to be there yet. Hard not to feel badly for Amanda Cooper, who just wrapped the training camp of her life and now may not be able to compete. https://t.co/rVyiL1ljil

Gastelum, Lineker, and Dern on the same damn main card. This is genius.

Previous articleMMA/WWE: Jessamyn Duke and Marina Shafir sign with the WWE
Next articleBoxing: Mikaela Mayer spars with Raquel Pennington in preparation for May 12th fight for both women