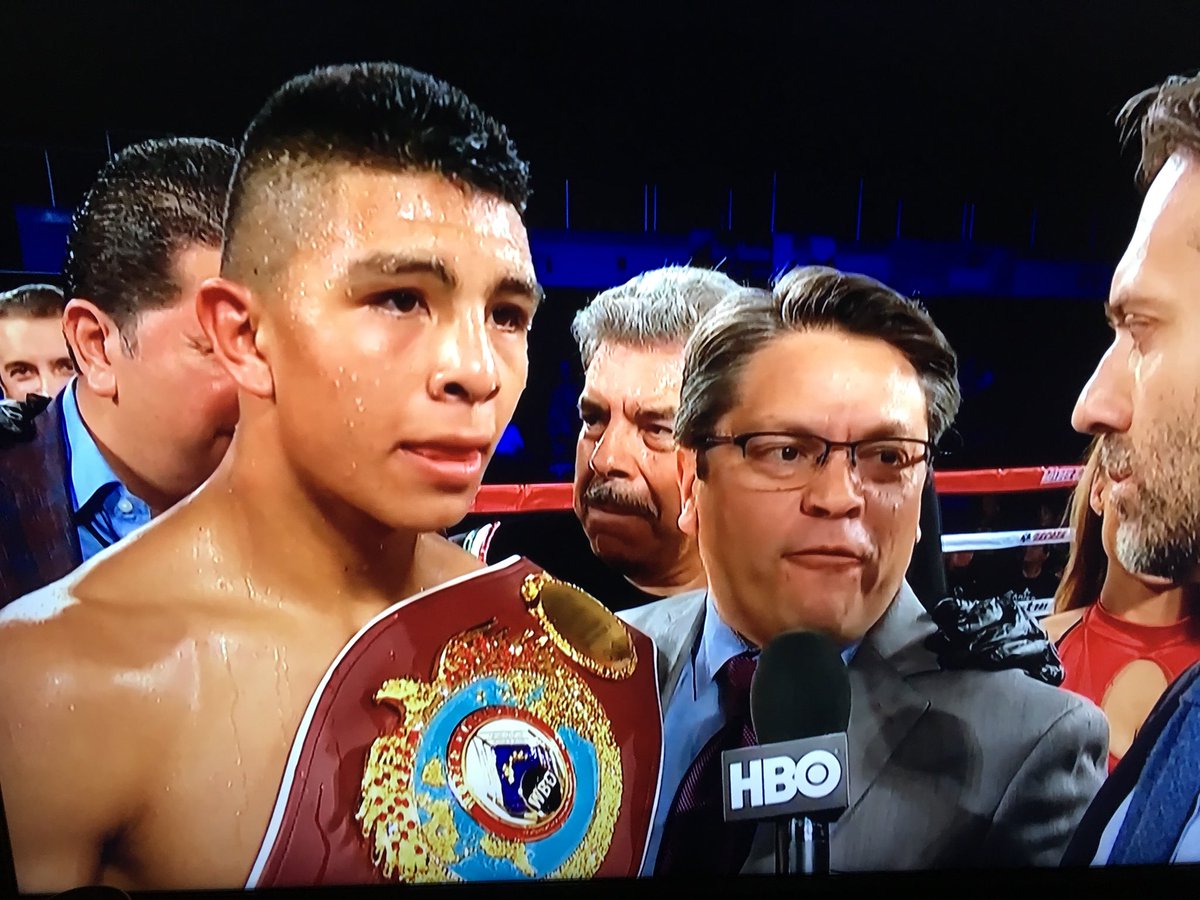 Jaime Munguia (29-0, 25 KOs)  had a big debut on HBO tonight in Turning Stone Casino, Verona, New York as he destroyed Sadam Ali (26-2, 14 KOs)  to win the WBO junior middleweight world title. The fight turned out to be a mismatch with Munguia visibly bigger and stronger than Ali, and that showed itself early. Ali was making the first defense of the title he captured last year, with an upset decision over Miguel Cotto in the Puerto Rican star’s final career fight. 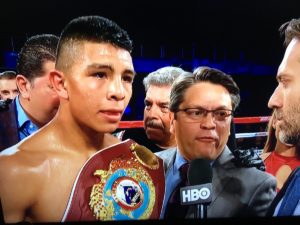 Munguia came in as a very late replacement for mandatory challenger Liam Smith, who withdrew with an illness. Munguia was initially targeted as an opponent for middleweight king Gennady Golovkin for May 5 – when Canelo Alvarez was suspended for a drug test violation.

Munguia dropped Ali twice in the first round, Ali came out a little better in the second, with Munguia going after him. The round was close until the last ten seconds – when Munguia cracked Ali with hard shots again and Ali went down for a third time as the round ended. Munguia was clearly too big and too strong for Ali. Ali showed some real heart but he was simply outgunned in this fight and was taking serious damage.

During the fourth round, Munguia came out pressing the action, and landed another big shot that dropped Ali for a fourth time – and the fight was waved off by the referee.