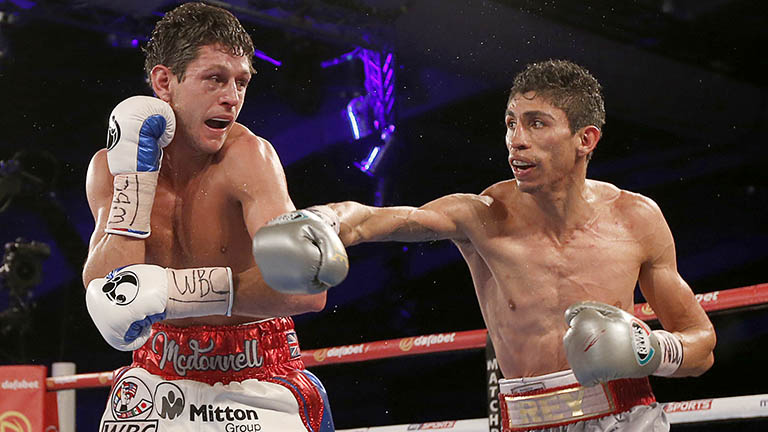 From the Turning Stone Resort and Casino in Verona, NY Rey Vargas (32-0,22KO’s) put his WBC Super Bantamweight Title on the line against Azat Hovhannisyan (14-3,11KO’s). Hovhannisyan came out throwing bombs overwhelming Vargas. Vargas came forward himself and the bout was quickly turning into a firefight. Vargas was able to settle himself down but Hovhannisyan only knew one way to fight and that’s straightforward. He just kept coming leaping forward trying to land punches. Vargas was throwing and landing punches of his own. 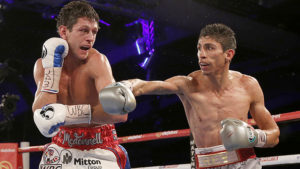 In the fifth round it was Hovhannisyan landing a nice counter left hook to end the round. He landed a series of left hooks to start the sixth, Vargas hung in there landing big shots himself while making Hovhannisyan missed. Hovhannisyan seemed to take the seventh round off as he began to look tired. It was a sloppy round that saw Vargas throw his opponent to the canvas.

Both men were leaving their all in the ring throwing punches. Vargas has mixed his punches to the head and body. Hovhannisyan just kept coming making it an exciting fight to watch.

Rey Vargas ultimately retained his title winning a unanimous decision (118-110,117-111,116-112) in a tough bout with a relentless opponent. It was a good showing for Hovhannisyan who has a very awkward brawling style.