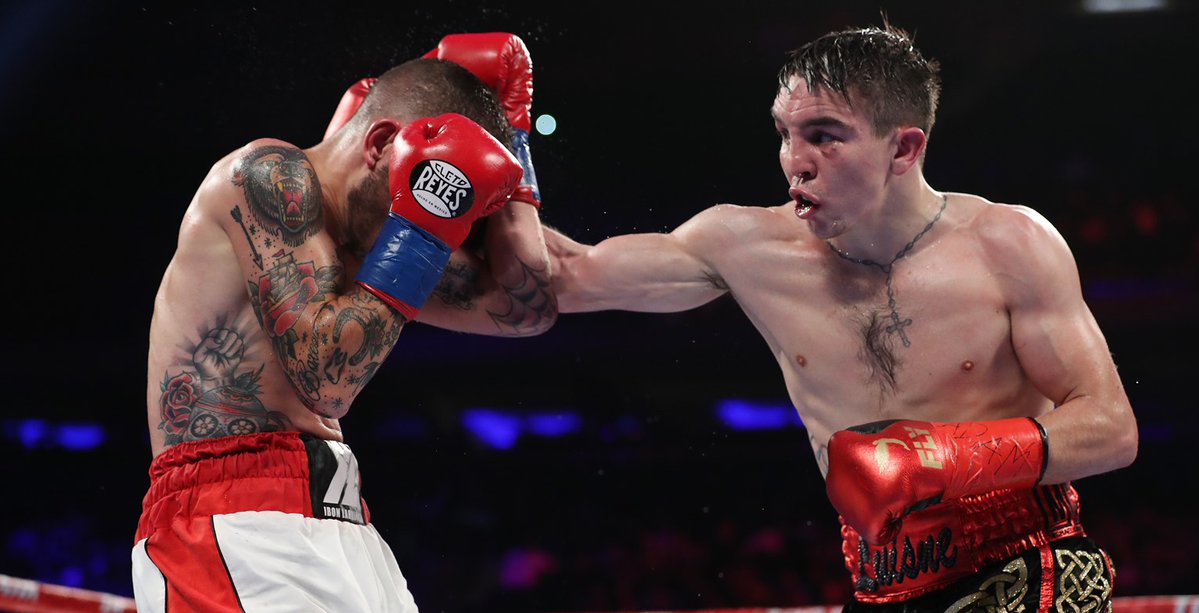 Michael Conlan added to his winning start as a professional with a shut-out points win over Ibon Larrinaga at Madison Square Garden on Saturday night. The Belfast boxer was an early starter on the bill that saw Vasyl Lomachenko wins his third title in as many weight classes against Jorge Linares. Conlan was taken through all eight rounds but never looked in any danger in the 80-72 victory, with that score coming from all three judges.

Lomachenko stopped Linares with two rounds left in the contest. 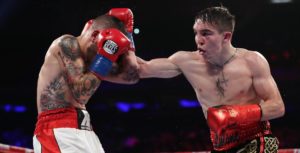 The Ukranian had the upper hand at Madison Square Garden until he was on the opposite end of a right-hand from the Venezuelan in the sixth.

But the 11-1 man, known as Hi-Tech, pulled himself from the canvas and, four rounds later, dispatched a perfect liver shot to draw the bout to a close.

In doing so, the 30-year-old twice Olympic champion became the fastest fighter ever to win titles in three different weight classes, adding the WBA Lightweight strap to his collection.

The bout was relatively tight until the decisive blow was landed – with both fighters ahead 86-84 on one judge’s scorecard, while the other had it at 85-85.

The loss was the first for Linares, 32, since March 2012 when he went down to Mexican Sergio Thompson.