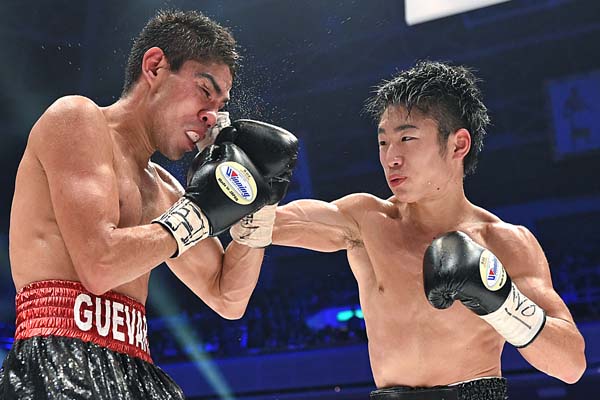 Ken Shiro (13-0,7KO’s) walked through Ganigan Lopez (34-9,19KO’s) to retain his WBC Light Flyweight Title. Shiro and Lopez met once before in May of last year, a bout that Shiro won by majority decision. Shiro started off using his movement and keeping his distance while staying in range to counter Lopez. The first round didn’t have much action as it was a feel out round for both fighters. Shiro’s movement kept Lopez from being able to sit on his punches.

As the second round started both men continued to try to establish their jab. It was Shiro, however, landing a perfectly timed body shot that put Lopez on his knees. It was apparent Lopez was not going to beat the count, you could clearly see the agony in his face.

Lopez gave Shiro a run for his money in the first meeting. Shiro did a lot of solid bodywork in the last round of their first bout and it looked like the champion learned from the experience. Lopez seemed to be affected by the body shots in the fight and was put down by the first one that landed on this one.

Shiro wanted to come into this bout and leave no doubts in this one and that’s exactly what he did. Shiro made it a quick night getting the second round KO. We shall see what’s next for Shiro, who is a very skillful fighter.