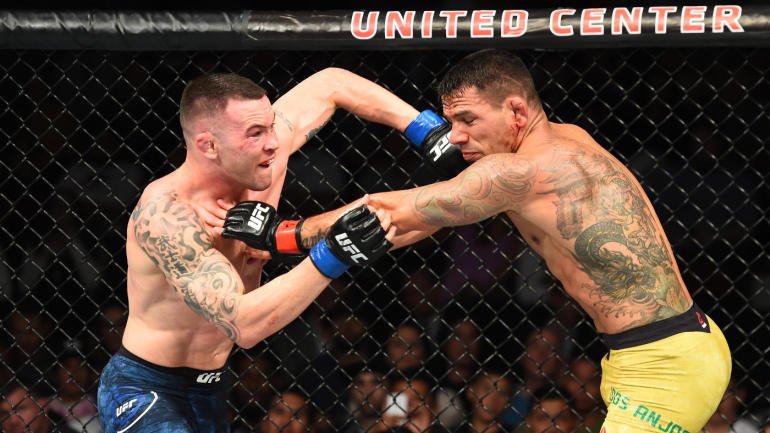 California native Colby Covington landed the interim 170lbs belt in the co-main event of UFC 225, which took place at the United Center in Chicago, Illinois in the early hours of the morning. MMA community wrote Colby off and believed that he was simply trying to oversell himself. But in the co-main event of UFC 225 against Rafael dos Anjos, the former All American collegiate wrestler Colby proved his worth by taking a hard-fought unanimous decision and having his first taste of UFC gold. 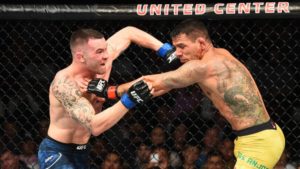 ‘Chaos’ claimed his maiden UFC title by defeating former lightweight champion Rafael dos Anjos, who missed out on the opportunity to become the fifth fighter in UFC history to hold titles in two different weight classes, by registering a unanimous decision victory.

In the first three rounds, Covington started swinging for the fences early doors, landing solid left and right hands before putting dos Anjos on his back. Dos Anjos managed to make his way back to his feet and eventually shook off the ultra-aggressive Covington.

Through four rounds of action, most saw the fight pretty even, with both bringing two different approaches to the cage. Covington was the more aggressive one, while dos Anjos was trying to be as methodical as can be by picking and choosing his spots. Dos Anjos did land some pretty nice shots with that strategy, but in the end, he just didn’t do enough to sway the judges’ scorecards.

Later, after the fight, Covington said he’s wearing the real championship belt he’s going to give it to Donald Trump.