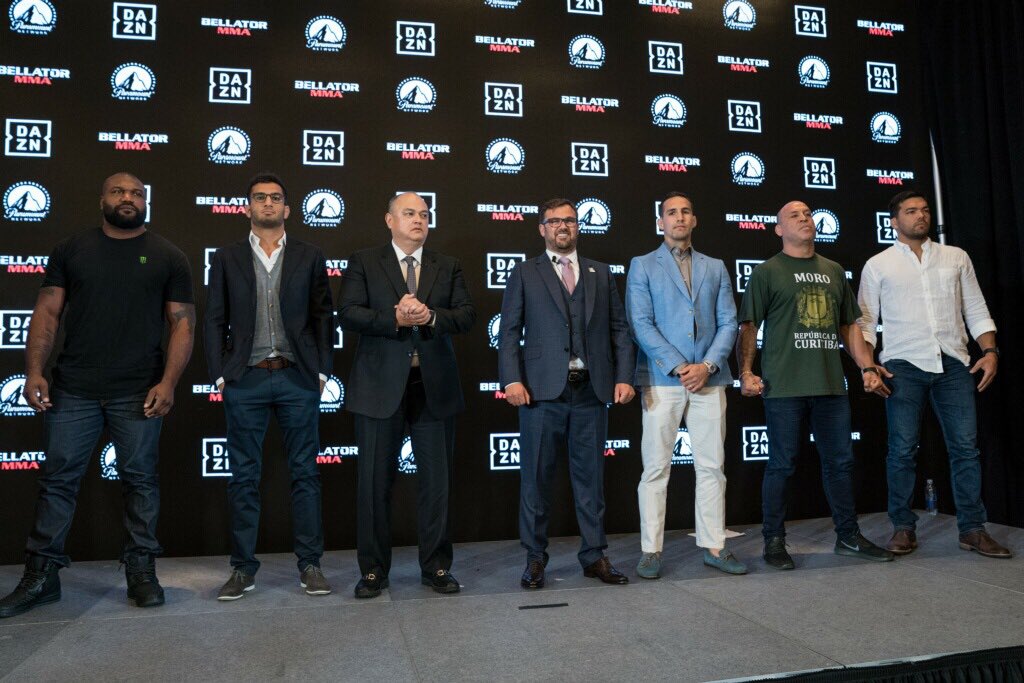 Mixed martial arts organization Bellator and its owners Viacom will announce a ground-breaking landmark distribution deal at a news conference at its New York headquarters, which includes a multiple-year broadcast deal with the digital streaming service DAZN – owned by the Perform Group – believed to be worth upwards of 100 million US dollars.

The nine-figure global deal will see 22 Bellator fights streamed live and on-demand every year on DAZN. All the fights be will available in every country where DAZN is available, which includes Germany, Austria, Switzerland, Japan, Canada and, from this summer, the U.S., and Italy.

The deal begins with an epic event on Saturday, Sept. 29 from SAP Center in San Jose. The card features a highly anticipated middleweight title fight pitting Gegard Mousasi (44-6-2) against Rory MacDonald (20-4), who is moving up a weight class for a title shot against the 185-pound champ, along with the fourth fight in the legendary rivalry between Quinton “Rampage” Jackson (37-13) and Wanderlei Silva(35-13).