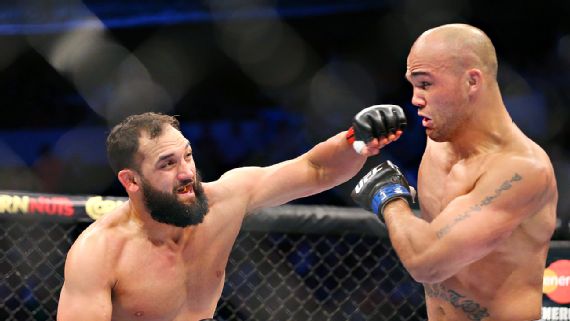 Former UFC welterweight champion Johny Hendricks announced his retirement from mixed martial arts Wednesday, effectively ending a 12-year professional career. Hendricks, 34, broke the news on MMAJunkie Radio. He finishes his storied career with an 18-8 mark, which includes a 13-8 record in the UFC. 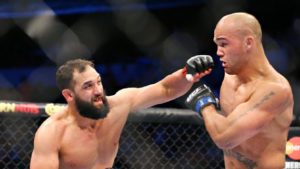 Hendricks reached his peak in 2014 when, after losing a title shot versus Georges St-Pierre, he won the vacant welterweight belt over Robbie Lawler in a unanimous decision. He gave up the belt nine months later in a rematch with Lawler.

The 34-year-old has won just two fights in the UFC over the four years since reaching the mountaintop. He’s also lost five of his last six bouts and most recently was KO’d by Paulo Costa at UFC 217 in November.

Hendricks alternated weight classes and had well-publicized bouts with the scale in recent years. Following his last fight, he took seven months to decide on his next move.

“I made this decision two weeks ago, but I prayed about it and wanted to make sure I was going to be OK with it,” Hendricks said.

UFC: After taking part in the NYC Pride Festival, Sijara Eubanks now has her eyes on the Flyweight title

Previous article
UFC: After taking part in the NYC Pride Festival, Sijara Eubanks now has her eyes on the Flyweight title
Next article
UFC: Al Iaquinta pulls out of Justin Gaethje fight at UFC Lincoln