The UFC on Saturday unveiled on UFC 226 its schedule for the remainder of 2018. Fights will take place on five different continents with several main events, including the final of the year, taking place in the Sincity, Las Vegas.

UFC Fight Night 139 taking place on November 10 at the Pepsi Center in Denver is special as UFC will complete it’s the 25th Year anniversary and it’s the place where UFC held it’s first ever event. 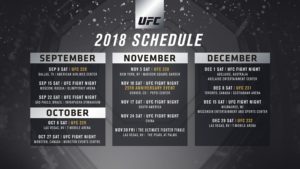 Here is the complete rundown of where the UFC will be for the remainder of the year.

Saturday, July 28 – UFC on FOX 30 at Scotiabank Saddledome in Calgary 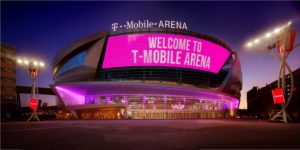 Friday, Nov. 30 – The Ultimate Fighter 28 Finale at Pearl Theatre at The Palms in Las Vegas

Previous article
UFC: Stephen Thompson calls out Robbie Lawler
Next article
UFC: Curtis Blaydes is tired of all the politics after Brock Lesnar gets title shot