UFC: Michael Chiesa thought he was ‘going to kill myself’ cutting weight for UFC 226 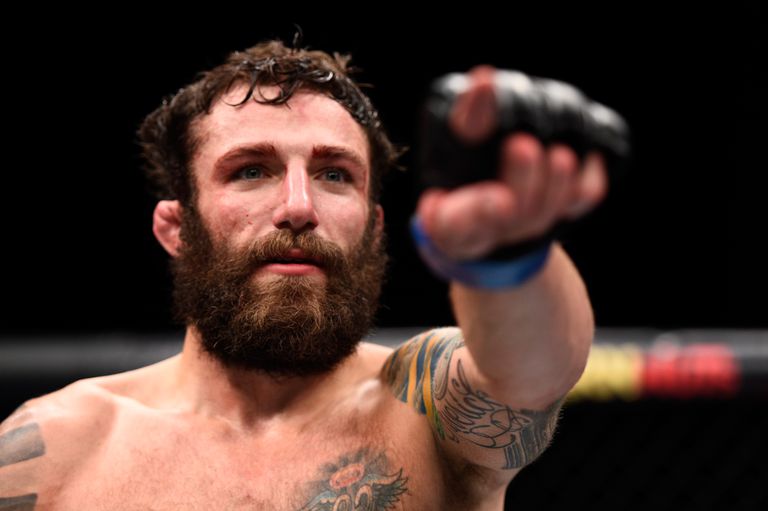 UFC lightweight Michael Chiesa told ESPN’s Ariel Helwani on Monday that he thought he was going to die while cutting weight for his fight with Anthony Pettis at UFC 226. Michael “Maverick” Chiesa. Chiesa stepped on the scale for the UFC 226 weigh-ins last Friday (July 6, 2018) weighing 157.5-pounds; one-and-a-half pounds more than the lightweight non-title fight limit. As a result, before his main card bout with Anthony “Showtime” Pettis, Chiesa said he would be moving up to 170 pounds, win or lose. 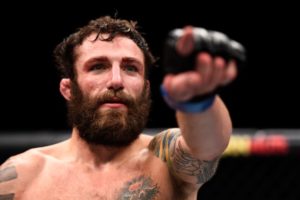 Speaking with ESPN’s Ariel Helwani earlier today, Chiesa would detail just how difficult this weight cut was for him.

“We cut weight for eight hours. We cut for four hours on Thursday night and I was up at 5 a.m. cutting weight on the day of weigh-ins [Friday] and my body had nothing more to give. I’m not exaggerating: I thought I was going to die. In the middle of the night before the Friday weigh-ins, I woke up and started having a panic attack. I broke down and started crying and was like, ‘I think I’m going to die.’

I was already in talks with people around me. Win or lose, after this fight, I think I want to go up,” he said. “A lot of people are trying to steer me to 170 pounds. I’m a big guy; people don’t realize that. There’s only one guy at 170 that’s bigger than me, and that’s Darren Till. I’m not a small guy. I can get up to 205 pounds and be athletic and be in shape.”

“If [the 165-pound weight class] happens, it happens. If it does, I welcome it with open arms. I’m a big advocate for it. If they add 165 pounds, it would be heaven sent. It would be a blessing to a lot of us guys.”

UFC : Michael Chiesa thinks he has never been more prepared for a fight than his upcoming bout at UFC 226