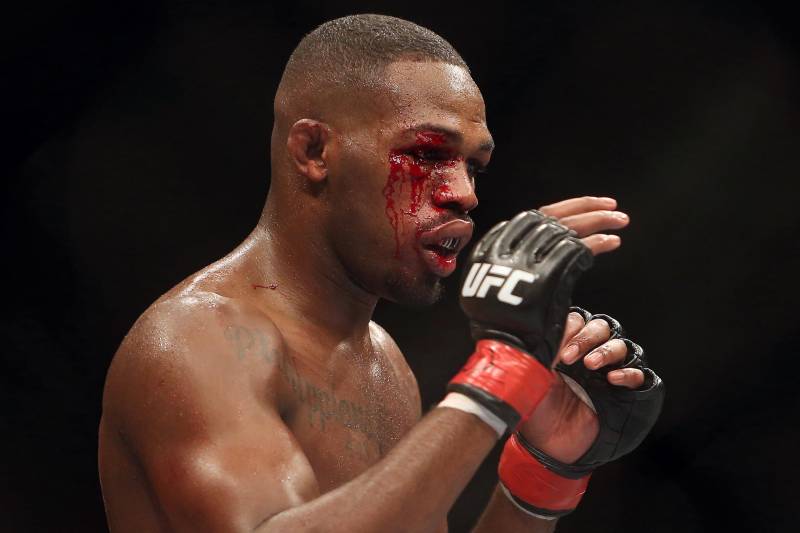 UFC light heavyweight champion Jon Jones is one of the greatest fighters to ever step inside the Octagon.

At the age of 23, he was also the youngest fighter to win a UFC title. He defeated Shogun Rua at UFC 128 to become the UFC champion. Standing at 6’4″ tall, the 32-year old champion from Rochester has compiled a record of 24-1 inside the Octagon.

His only loss in MMA came to Matt Hamilton back in 2009 where he was disqualified because of illegal elbows.

Jon Jones holds victories over current UFC heavyweight champion Daniel Cormier, Quinton Jackson, Ryan Bader, Chael Sonnen, Alexander Gustafsson, etc. Currently, Jon Jones is at the odds with the UFC over pay hike, but there’s always a public interest when the ‘Bones’ makes his way to the Octagon. You can bet on future Jon Jones fights at Online Casino India.

However, despite being such a dominant athlete, Jones had to deal with his fair share of adversaries inside the cage.

We look at three such instances where Jones was pushed to his limits by his opponents. 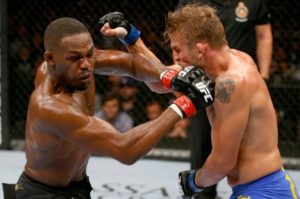 The light heavyweight title fight between Jon Jones and Alexander Gustafsson took place at UFC 165 on Sept. 21, 2013, at Air Canada Centre in Toronto. It is widely regarded as the greatest title fight of all time. To fight was so great that the UFC has inducted it into 2020 Hall of Fame selections.

The fight was a bloodied one and Gustafsson gave Jones all he could handle in this fight. When ‘The Mauler’ took the fight against Jones, the Alburquerque based light heavyweight champion was tearing through the 205lbs division beating some of the biggest stars in the UFC. Fans were expecting it to be a one-sided affair, but even Jones wasn’t ready for what the Swede had under his sleeves.

Jones’ wrestling skills were neutralized by the Swede, as he was only able to execute 1 of his 11 attempted takedowns. Gustafsson also landed 110 significant strikes on Jones.

Jon Jones was able to pull himself through in the fourth and fifth rounds and won via unanimous decision on judges scorecards. 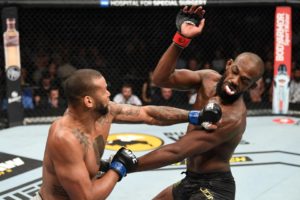 Jones’ next few fights went rather smoothly and he was even able to defeat Alexander Gustafsson with sufficient ease in their second meeting at UFC 232 in December of 2018.

However, at UFC 239, Jones met his match in Thiago Santos. The Brazilain was riding on a five-fight winning streak but despite this, he was +450 underdog. This essentially shows how fans were expecting this fight to be a walk in the park for the champion.

Things weren’t so easy for Jones in the fight as he was getting tagged quite a bit in the fight. Jones showed his takedown defense early on and managed to hurt Santos early, but despite the Brazilian being hurt in this fight, Jones never went in for the takedown. The fight pushed the champion to his limits, but ultimately it wasn’t enough and Jones won the fight via a close split decision.

The champ @jonnybones helped to the locker room pic.twitter.com/vTE9KqCd5J

Jones was hurt in this fight as well and he was seen leaving the Octagon after the fight with the help of his corner and NSAC officials. 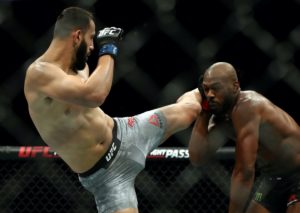 The fight between Jon Jones and Dominick Reyes was probably the closest fight the champion has ever been a part of. The fight took place at UFC 247 last February. In this fight, Reyes showed his superior stand-up game and outstruck Jones in the first three rounds.

While Jones did manage to make a comeback in the fourth and fifth rounds as he applied relentless pressure on the challenger and landed more significant strikes. Following, the fight, the judges scored the fight  48-47, 48-47, and 49-46. all in favor of Jon Jones. The scorecards turned off a lot of fans as many even convinced that this was a daylight robbery.