The baddest man on the planet gets involved in the Eminem vs Machine Gun Kelly beef! 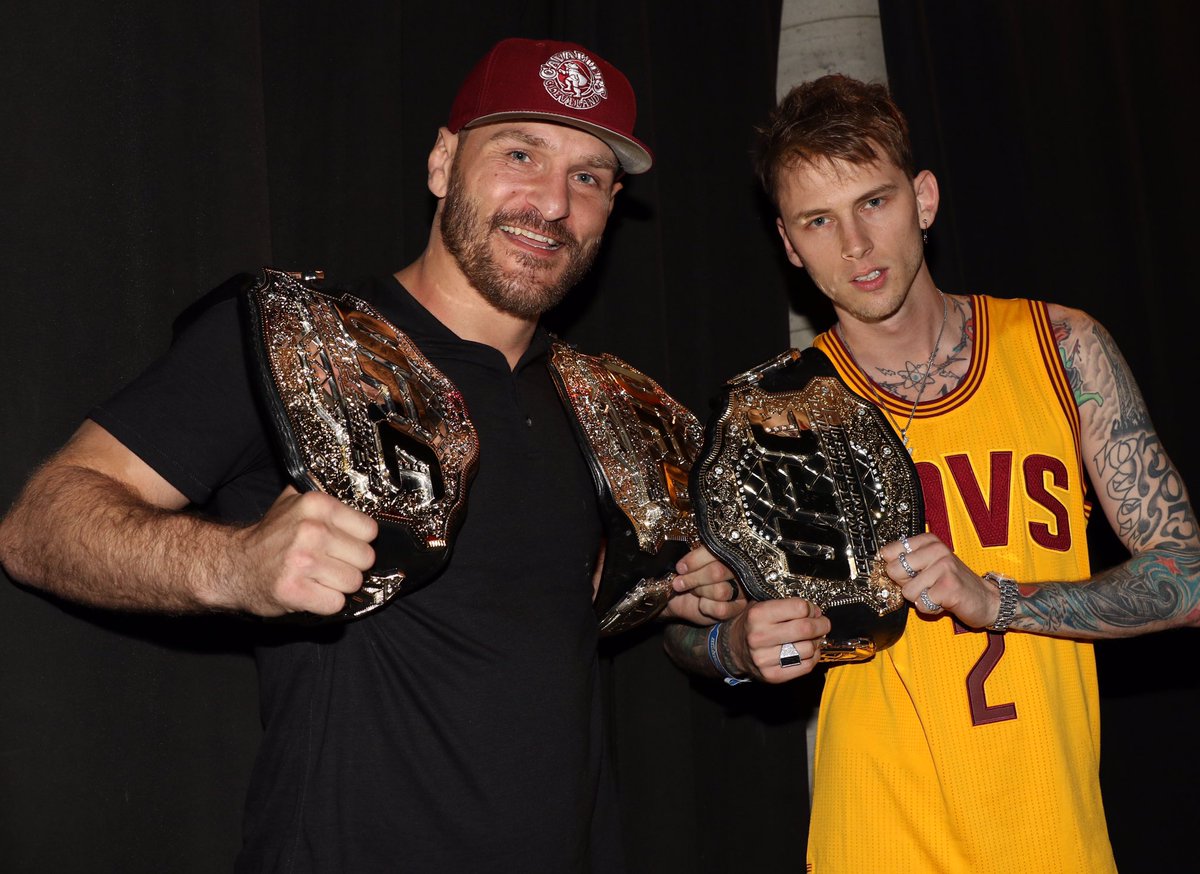 Machine Gun Kelly is setting the internet on fire after dropping a diss track against Eminem in response to the Detroit rapper’s new album, ‘Kamikaze’.  It all kicked off again after Eminem’s decision to shock his fans by dropping an unannounced album and dissed most of the rappers and that did not sit well with Machine Gun Kelly or MGK as he is popularly known. 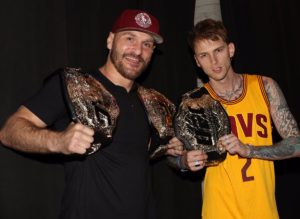 On Eminem’s new track Not Alike, he says: ‘Now you wanna come and fuck with me, huh?/This little cock-sucker, he must be feeling himself/He wants to keep up His tough demeanor, so he does a feature/Decides to team up with Nina/But next time you don’t gotta use Tech N9ne if you wanna come at me with a sub-machine gun/And I’m talking to you but you already know who the fuck you are, Kelly/I don’t use sublime and sure as fuck don’t sneak-diss/But keep commenting on my daughter Hailie.’

MGK fired back in his new track, rapping: “Mad about something I said in 2012 / Took you six years and a surprise album just to come with a diss.” The rapper has previously said Eminem blackballed him in the industry following the tweet.

He said his diss track against Eminem is “standing up for not just myself, but my generation.” MGK claims he was “defend(ing) myself from someone I called an idol.”

However, this beef between Eminem and MGK has invited in a very unusual guest, Former UFC heavyweight champion and by many known as the Baddest Man on the Planet, Stipe Miocic.

“Work hard until your idols become your rivals. We’ve both lived it. You know the drill, keep after it Kels. Glad we have each other’s backs. The Land and I both appreciate you @machinegunkelly!”

It will be interesting to see how far the beef between MGK and Eminem goes.

Previous articleUFC: Conor McGregor’s coach Owen Roddy is unsure if the Irishman will retire after UFC 229
Next articleFINALLY…Elon Musk will be on Joe Rogan’s podcast!