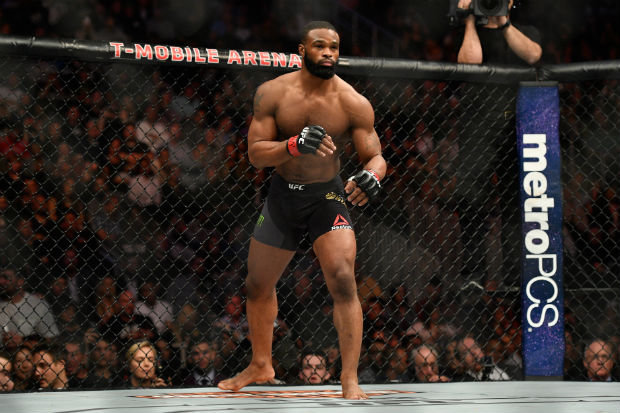 UFC Welterweight champion Tyron Woodley successfully defended his title for the fourth straight time two weeks back with a second-round submission of Darren Till in the headliner at the American Airlines Center in Dallas.

Woodley made it clear that he is more than Willing to fight Colby Covington as main event headliner at UFC 230 in Madison Square Garden, New York. 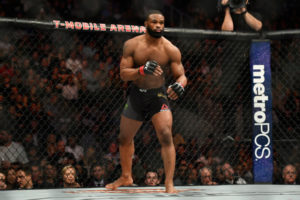 T-Wood explained the situation as a recent guest on MMA Junkie Radio:

“I’ve got an MRI on my thumb and I’m sending it for a second opinion,” Woodley said. “If I’m good, then I have no issue with fighting in November. The more I fight, the better rhythm I get in the swing of things. Obviously, I just fought, so I’m still in phenomenal shape. I’ve been eating pancakes, shrimp fried rice, brownies – taking a week and eating some bullcrap”

“It all depends on how severe my thumb injury is. I dislocated it in the first round punching him in the back of the head. I thought it was just jammed.”

“Think about it: I was going to fight Nate Diaz with a torn labrum,” Woodley said. “He’s not going to try to wrestle me. The only thing he does better than me is dressed horribly and wear terrible hats. Outside of that, that’s it. That’s his only advantage – and having extremely corny trash talk.”

He said even if his thumb isn’t one hundred percent, he’s still confident against Covington.

“I would love to fight in Madison Square Garden again,” he said. “Not to sound arrogant, but would never take a fight against Darren Till if not 100 percent confident in both my hands. So I think I could beat (Covington) even if my hand’s a little jacked up.”

Whether Covington and Woodley fight each other at UFC 230 or not, but the delay in making the fight happen will only hype it into a much bigger fight.