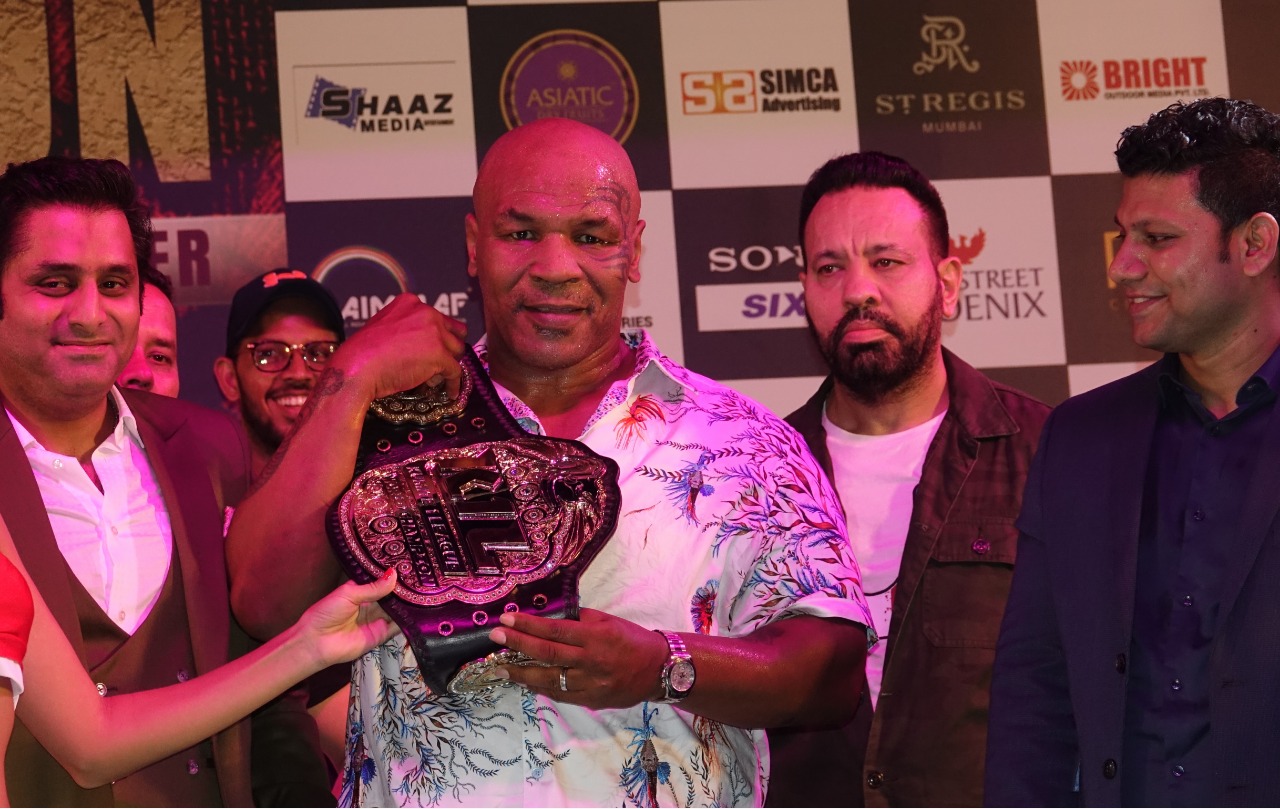 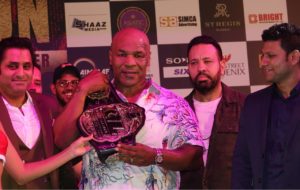 Yesterday, one of the most exciting heavyweights of all time Mike Tyson was present in Mumbai attending a press conference for the inaugural Kumite-1 league, a new MMA tournament which will take place tonight at the Dome @ NSCI, Mumbai.

Mike was in high spirits answering queries to journalists present there, although the questions asked by the media weren’t what I would have asked because I consider myself a hardcore Boxing fan having and have been following the great sport since the prime Shane Mosley and Oscar De La Hoya days and MMA too has a special place in my heart.

Even though the majority of the questions asked by the media members were a bit disappointing, one question which struck me was, when he was asked if he would ever competed in MMA? To which he replied:

“I don’t know. They don’t pay a lot of money in MMA. I’m all about the money. Boxing’s where the money is.”

The crowd erupted in laughter and he does have a good sense of humor. To some extent, it is true that Boxing is where the big money is at. A list released by Forbes a few months back of the top 100 highest earning athletes, and on that list the only MMA fighter to feature was Conor McGregor who made a whopping $99 Million, but he made that money in Boxing, fighting the greatest boxer of all time, Floyd Mayweather Jr. A total of four boxers made the list, but none of the MMA fighters apart from Conor made the rich list. 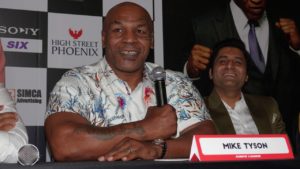 During the entirety of the press conference, I kept wondering if Mike Tyson wouldn’t have competed in MMA as he wouldn’t have made more money, was he the right person to promote the sport in India? A market where MMA is yet to make an impact.

Well, he is a massive fan of MMA and has attended numerous UFC events and he is also a good friend of UFC president Dana White. But is it enough? Because he still will be known as the baddest man on the planet who used to knock fighters out in a Boxing ring.

If the organizers of the Kumite-1 league were more practical, then they would have invited a more proper MMA legend by the likes of Matt Brown, Anderson Silva, Chuck Liddell or even Michael Bisping.

You wouldn’t choose Manny Pacquiao as the brand ambassador to promote a Basketball event, even though he is a big fan of the sport or Canelo Alvarez to promote a soccer event in Mexico. You could still do that, but it doesn’t make any sense.

Now, I looked into the ticket prices to this event and the prices were listed as :

Now this makes me wonder, was Mike Tyson invited to help them with the ticket sales? Because no Indian in their right mind would shell out 55 grand to attend an MMA event, no matter how hardcore fan they are of the sport. Unless those astounding prices were meant for the VIPs who would attend the league because of Mike Tyson’s presence.

The Kumite-1 league would have been a perfect platform to promote MMA in India, had the organizers bought someone from the MMA world who was equally respectable as Mike Tyson is in Boxing.

However, the Kumite-1 league has fighters from team India and team United Arab Emirates (UAE) and the fights lined up by the organizers of the league is very high quality and fighters are of very high caliber as well and I wished they were promoted and pushed forward more by the organisers instead of just highlighting Mike Tyson.

Don’t miss the action as the fights will be telecasted live on SONY SIX and SONY SIX HD from7 pm IST onwards.