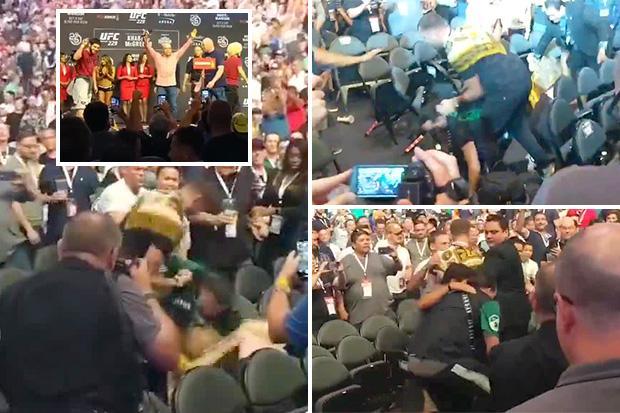 The Eagle after his submission win jumped through the cage and launched himself into the crowd towards Conor’s teammates. His intended target was Dillon Danis who is Conor’s sparring partner. 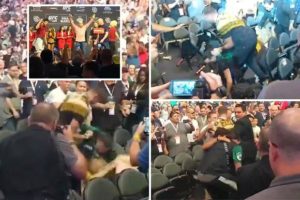 However, if the above scenes inside the Arena weren’t enough, Videos of fans fighting in Las Vegas have flooded social media. The fight appears to have taken place between Russian and Irish fans.

In the video, a man appears to be knocked unconscious and left with blood streaming from his face before onlookers try to break things up and encircle the Russian fans who were in smaller number compared to the Irish fans.

Previous articleWhile everyone is losing their minds, John Kavanagh is cool as a cucumber after UFC 229
Next articleDon’t forget how good this man looked at UFC 229. Tony Ferguson’s post fight presser