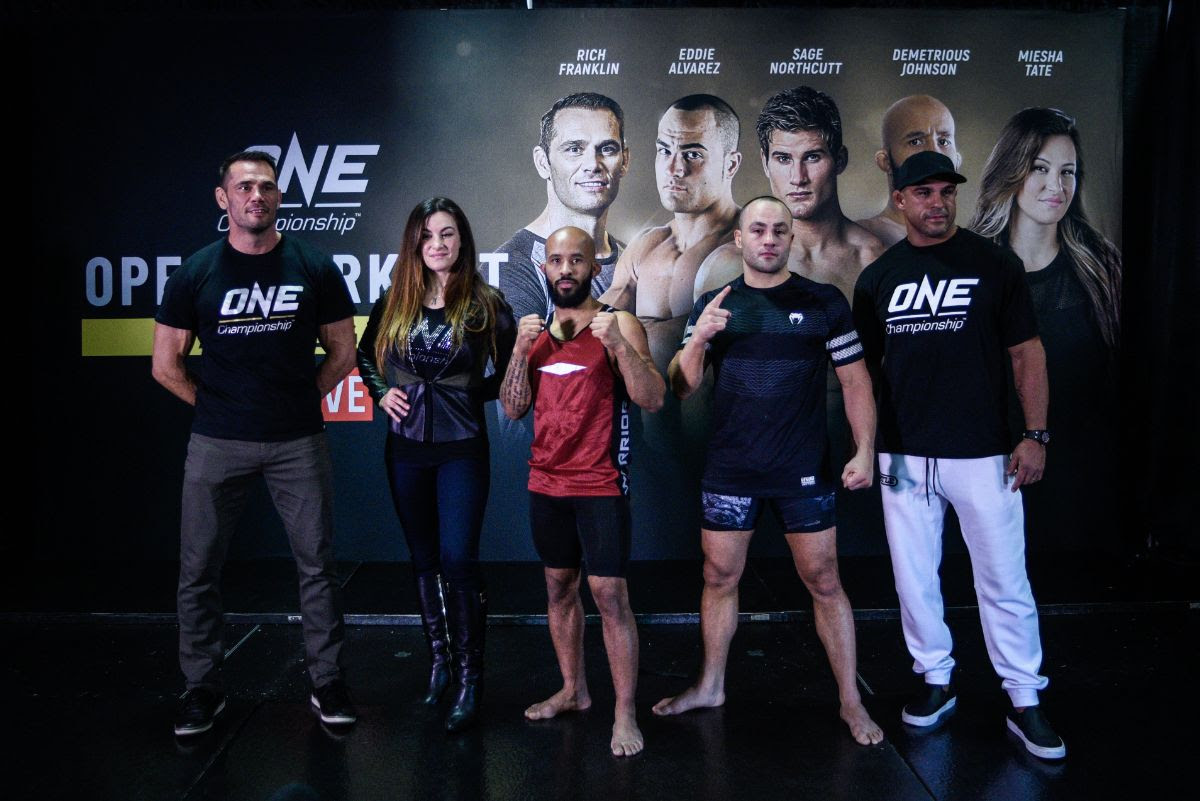 The largest global sports media property in Asian history, ONE Championship™ (ONE), recently held a ONE Championship Open Workout at Xtreme Couture MMA Gym in Las Vegas featuring ONE superstar athletes Demetrious “Mighty Mouse” Johnson and Eddie “The Underground King” Alvarez, who were accompanied by ONE Championship Vice Presidents and mixed martial arts legends Rich Franklin and Miesha Tate as well as newly-signed ONE Championship athlete Vitor “The Phenom” Belfort.

Demetrious “Mighty Mouse” Johnson of Kirkland, Washington, United States is a mixed martial artist and 12-time Flyweight World Champion with a professional record of 27-3-1. With a highly-technical style and world-class skills, Johnson has dominated his division for the past seven years. During this span, Johnson captured the flyweight World Title and ran up a win streak of 13 bouts since 2012. Today, he is widely considered one of the best mixed martial artists in the world pound-for-pound. Johnson now looks to continue his legendary career in the world’s largest martial arts organization, ONE Championship.

Demetrious Johnson, ONE Athlete, stated: “I’ve been fighting for a very long time. I’ve been champion for six years. There’s no surprise that he (Yuya Wakamatsu) is going to look through my fights and look through my wins and losses, efficiencies and deficiencies. That’s what athletes do. But a fight is a fight. A lot of people, when I get into the ring or cage with them, the first thing they notice is my speed. I’m going to go out there, fight my butt off, use my heart, my technique, and my skill set, and go out there and take it to him.” 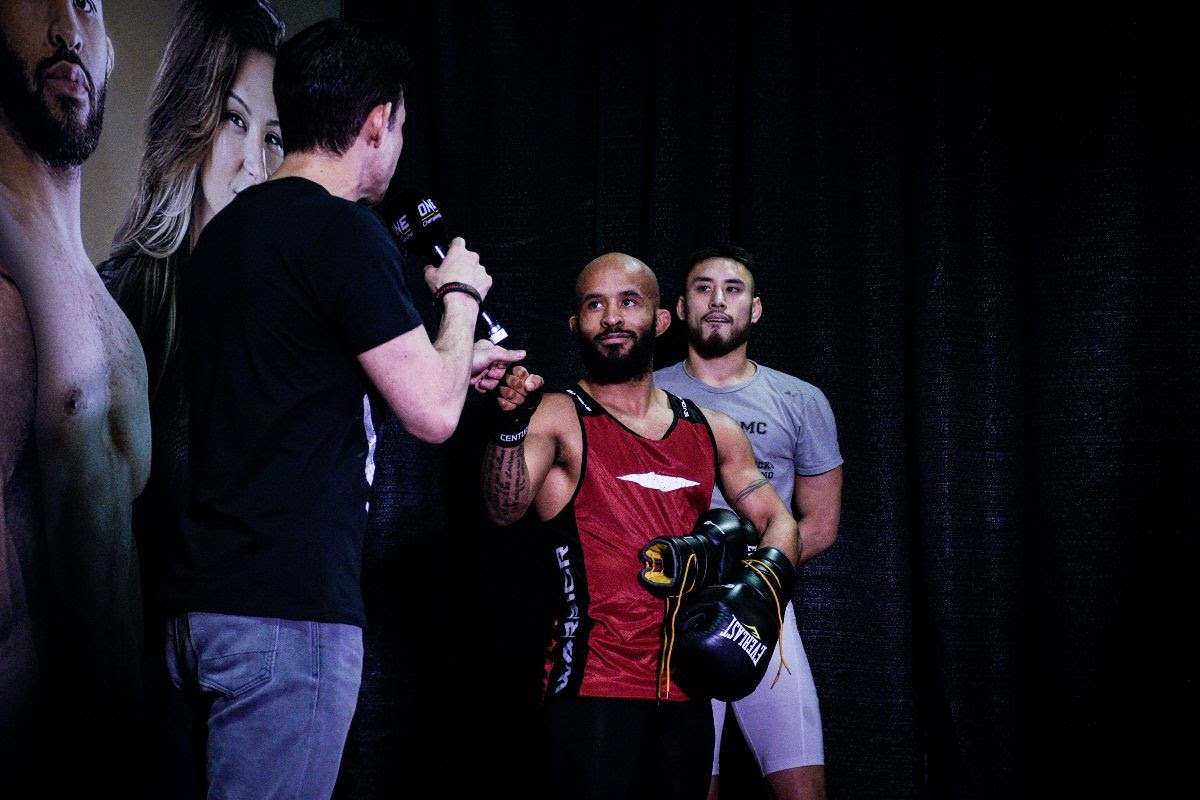 Known as “The Underground King”, multiple-time World Champion Eddie Alvarez of the United States is a mixed martial arts legend who has competed for the world’s top mixed martial arts promotions. The experience he has gathered over a stellar 15-year professional career so far is beyond impressive, with wins over some of the biggest names in the sport. Alvarez’ most notable victories have come against the likes of Roger Huerta, Shinya Aoki, Gilbert Melendez, Anthony Pettis, Rafael Dos Anjos, and most recently Justin Gaethje. 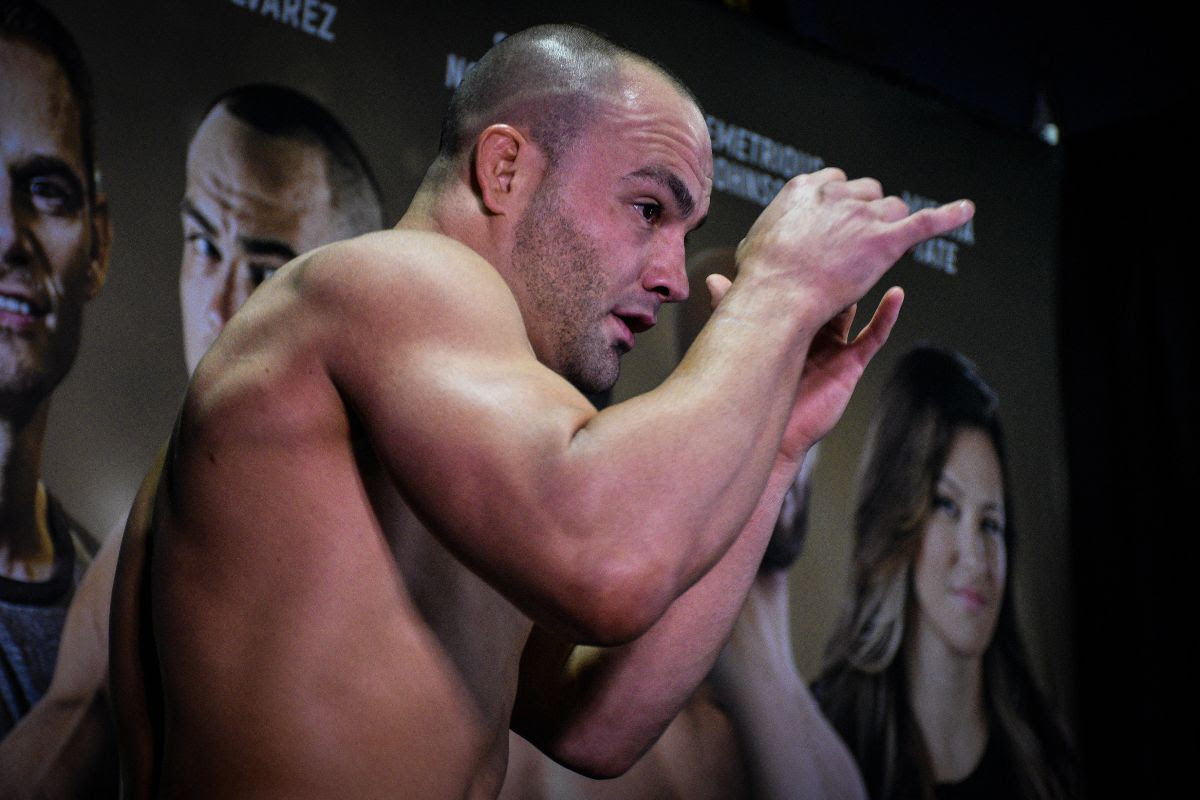 Eddie Alvarez, ONE Athlete, stated: “I’m not going to lie, I do research on my opponents. I’ve done the same for Timofey Nastyukhin. I know he beat Eduard Folayang, he beat Amir Khan, he beat some of the top guys in ONE Championship. He’s dangerous. He hits hard. He comes to fight and I accept the challenge. I want the most vicious, dangerous guys ONE Championship has to offer. I always show up, so I can’t wait.”