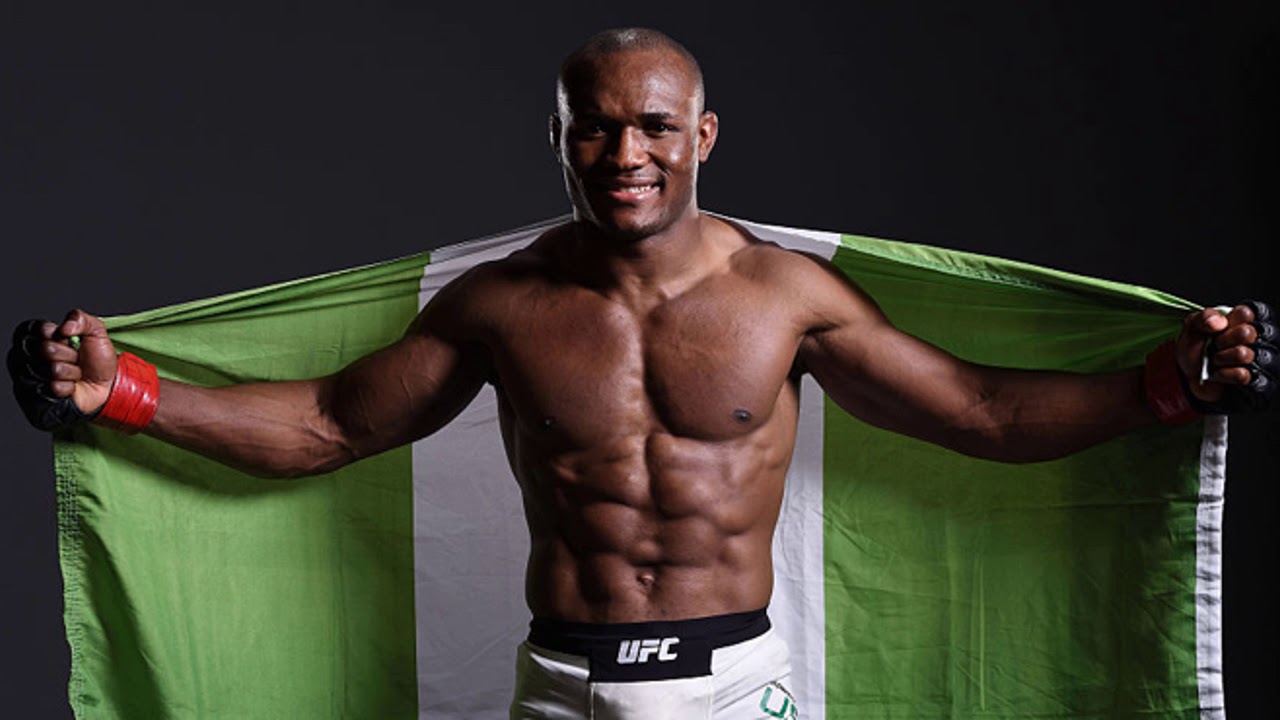 Kamaru Usman is about to take part in his biggest challenge till date, when he faces the UFC Welterweight Champion Tyron Woodley at UFC 235: Jones vs Smith. The two are set to be in the co-main event of the night, and Usman will be making his first bid for the UFC Title.

Kamaru Usman has not had the smoothest lead-up to his first-ever title fight. Instead, he has had to contend with sparring on Twitter with Ben Askren as well as Tyron Woodley. Several barbs have been exchanged, but now that the fight is here, he is focused on one thing and one thing only — winning the Welterweight Title.

However, winning the Title for him could also mean something big. He could be the first fighter to headline a fight in Africa. Being of Nigerian descent, this is obviously of paramount importance to Usman and winning the title would give him the opportunity.

In the UFC 235 Vlog Series, Kamaru Usan showed his jacket where there were two flags right next to each other. He then promised the viewers that he woud be ‘bringing the first one’.

He obviously meant UFC’s first-ever trip to Africa. With UFC expanding in the way it is, this could be a dream that is closer to being fulfilled than not.