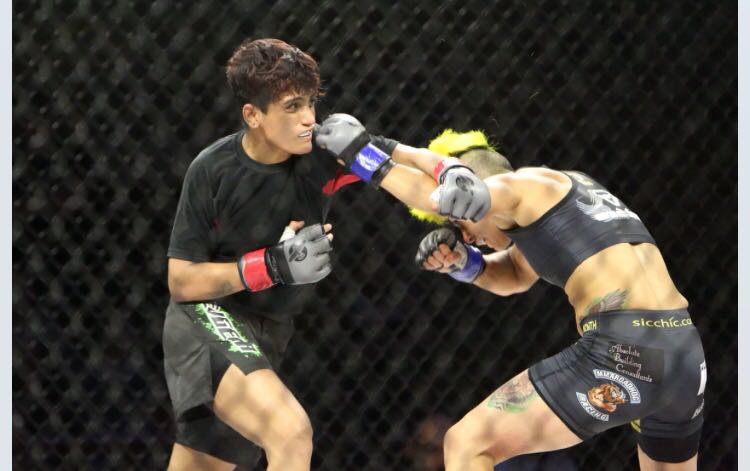 There were quite a few challenges; the league format wasn’t a tried and tested method. Instead, SFL chose to venture the untrodden path, and things have since fallen into place. While there is certainly room for improvement – as it is with every other promotion in the world, Super Fight League has produced some exciting fights, and has given the platform for some of the most exciting prospects.

Today, we take a look at the top five fighters in the tournament thus far. 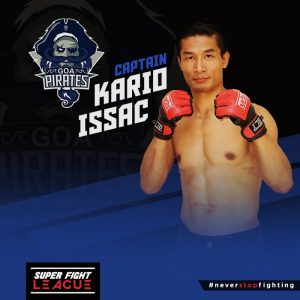 Considered to be one of the most well – rounded fighters in India, Kario made his return to the fight game during the on – going Super Fight League. Kario had earlier won SFL Challengers couple of years ago, and came into the tournament with an unblemished record of two wins and no losses. Kario’s first fight was against Dhruv Chaudhary – a fight many felt Kario had won.

His second fight was up against the veteran Irfan Khan. Kario managed to suffocate Irfan on the ground by applying constant pressure, and in the end, managed to win the fight in the third round. On his day, Kario can almost be unstoppable, and has already cemented himself as one of the best Indian fighters around. 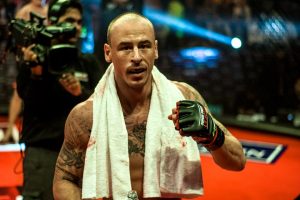 A submission specialist, Clint was brought in as a part of the Goan team. Clint had earlier fought in Strikeforce nearly a decade ago, and showcased his superior ground game in his very first fight against Shyam Prasad. While not a lot of Indian fighters are well versed in the submission game, Clint bulldozed his way for a takedown, and synched in the triangle choke to win the fight in just under a minute.

His second fight was against Andre Storvik, and yet again, Clint proved that he is one of the best submission fighters in the league. Clint immediately took Andre to the ground and locked in the RNC, getting the victory in just 33 seconds! While we’re yet to see a different dimension to Clint’s game, he has been able to take the fight where he is most comfortable at, and has won both his fights. 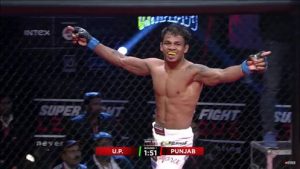 Kanthraj made his pro MMA debut against Sumeet Khade – a long, rangy striker, and immediately looked for a takedown. Agasa, with his background in judo put in some excellent level changes to overcome the range disadvantage, and following some fantastic transitions, trapped Sumeet in an arm bar, forcing the tap.

Agasa next faced Roshan Mainam from the Haryana team, and Agasa once again used excellent transitions, working behind his jabs to set up a takedown, and ended up locking in the guillotine, forcing Mainam to submit in just over a minute. 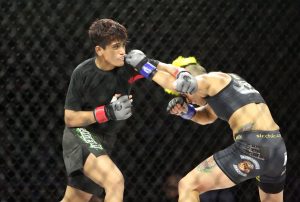 In September 2016, Manjit Kolekar created history, by becoming the first Indian fighter to fight for Invicta FC, and also on UFC Fight Pass! While Manjit tasted her first defeat to date in Invicta FC, she was also dealing with an injury, and proceeded to fracture her hand in the second round of the fight. However, Manjit managed to go the distance, and just by competing at such a high level, she has now become a better fighter.

That has been obvious in her two fights in the SFL. Manjit initially faced Heena, and picked her apart with her ground and pound. Manjit then fought Monika, and while Manjit re – injured her hand during the fight, she was able to dispatch her opponent with ease, winning the fight by TKO in the first round.

A lot of people believe Manjit deserves to fight – with all due respect to her opponents so far – someone with a better skill set. With Manjit contracted to Invicta FC, we will see that happening later this year. 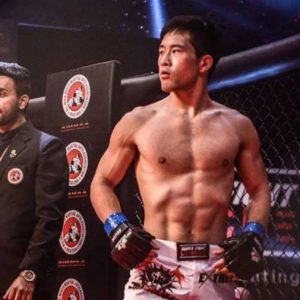 Yamamoto has fought only once in the past three weeks, but his fight with Ardany Mora proved that Yamamoto is one of the most well rounded fighters in the tournament. After a blistering opening few minutes, where Yamamoto tagged Mora with excellent combinations and peppered with leg kicks, Yamamoto showed excellent defensive grappling, stopping Mora from submitting him.

Yamamoto entered the fight with a 3 – 2 win – loss record, and after an excellent fight, extended his record to 4 – 2 with a unanimous decision victory. Yamamoto’s team, the Gujarat Warriors may have been eliminated from the tournament, but Yamamoto’s crisp boxing, and his excellent technique makes him one of the more exciting fighters to watch in the SFL.

Previous articleSuper Fight League: Mumbai Maniacs vs Bengaluru Tigers
Next articleGermaine de Randamie agrees to a rematch with Holly Holm to put the controversy of the illegal shots to rest…the question is when she’ll be ready to fight since she claimed she needs surgery on her hand