5 Exciting Reasons Why You MUST Watch ‘One Championship: Immortal Pursuit’ This Friday 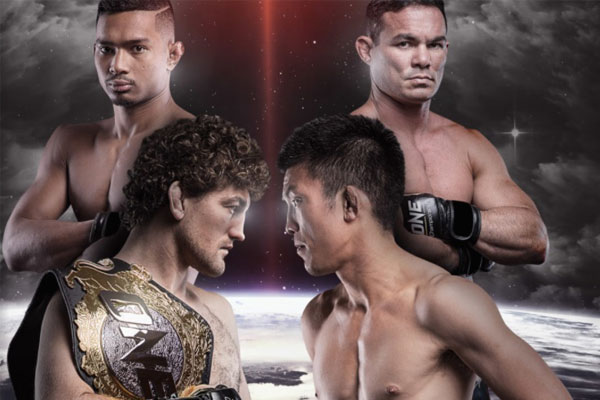 It’s the biggest night of 2018 for Asia’s largest MMA organization – ONE Championship™ (ONE), as it holds a solid 10 fight card event titled ‘Immortal Pursuit’ on Friday Nov 24th in Kallang, Singapore Indoor Stadium. It’s a historic night; one which MMA fight fans will cherish for ages as the world’ best mixed martial artists step in to immortalize their names. 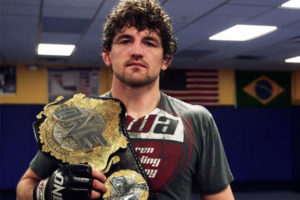 The former US Olympian and arguably the best welterweight star on the planet – Ben Askren decided to hang his gloves and walk away into the sunset with a storied career that has been an inspiration for many fighters across the globe. The NCAA I All-American Champion first stepped into the cage back in 2009 and since then has gone undefeated for a well over 8 years defeating the likes of Lyman Good, Jay Hieron, Douglas Lima, Andrey Koreshkov, Nikolay Aleksakhin and his latest victim Zebaztian Kadestam. There are others who question perfect fighting record, for he has never stepped onto the biggest MMA platform – UFC and fought their top welterweights. When he won the welterweight title belts in Bellator and One Championship, Ben once and for all silenced the critics with his dominant performance. This fight is going to be the biggest challenge for Ben, as he not only looks to defend his welterweight title, but also put his record on line and make sure he walks away undefeated.

BEN ASKREN VS. SHINYA AOKI IS THE BIGGEST SUPER FIGHT OF THE 2018 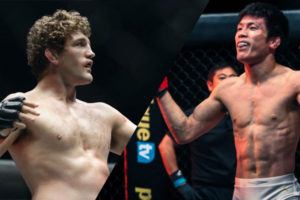 The saga of super fights continues this year, but nothing at the scale at which One Championship has pulled off. An undefeated welterweight champion with a solid wrestling pedigree squares against a BJJ blackbelt known for his unforgiving submission skills. Shinya Aoki moves up a weight class to challenge the champion for his belt and legacy. Even the stats are off the charts – there are 63 total fights between the both, 56 wins, 29 submission victories and total fight time adding up to 10 hours. To top it off, both Ben and Aoki have been training partners at Evolve and know each other’s strengths and weaknesses. Their fighting styles add another layer of excitement. What else could fight fans ask for to close the year with a bang. 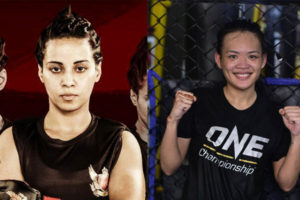 Pooja Tomar is India’s second female prospect to compete for Asia’s largest MMA organization in the last five years. She has already broken stereotypes and traditional perspectives that the society holds towards Indian women. Her next big challenge comes this Friday as she faces Tiffany ‘The Soul Crusher’ Toe in the strawweight clash that could set the ball rolling for the vacant title. Tiffany Toe has a perfect record of 6-0 and with a win could fight for the title belt. 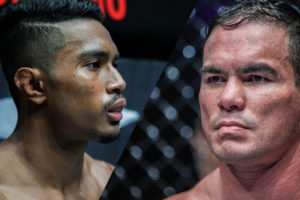 Singapore native Amir Khan is on cloud 9; after his fight was moved to the co-main event slot. An elated Khan said he doesn’t feel the pressure, but only slight adrenaline rush which might turn into his favour. With a massive home crowd support, Khan looks to take on the veteran and battle tested Adrian Pang and continue the winning streak. Pang has two straight losses going into this fight, but that doesn’t make him any less dangerous. In fact, the 40-year-old has proven that having losses on your resume don’t define you and it motivates him to want it even more. In the last decade, Pang has never been knocked out or submitted and most of his losses have come via split decisions. With his fight, Amir Khan looks to solidify his spot as the next lightweight contender and while Pang will do everything to break his win streak and be the first one to stop Khan.

MEI YAMAGUCHI GETS A REMATCH, LOOKS TO AVENGE HER LOSS TO GINA INIONG 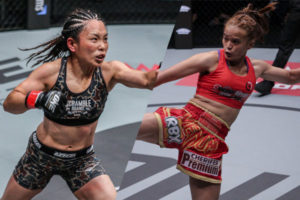 Japanese martial arts veteran Mei Yamaguchi as she was originally slated to challenge Angela Lee for the ONE Women’s Atomweight World Championship title in the main event of ONE: IMMORTAL PURSUIT. But with Lee injured, Mei wanted a worthy opponent and in came Gina – who last defeated Mei in 2014 via a split decision. Mei will hold on to her title aspirations, but for now has set her eye on the rematch to settle the score with a game opponent Gina, who accepted the fight on a 14 days short notice. Last time they met it resulted in a razor close fight that saw both the atomweights going back and forth. For Mei, a win over Gina will only solidify her position for the title fight against Angela Lee.