5 most anticipated UFC fights fans want to see in 2022 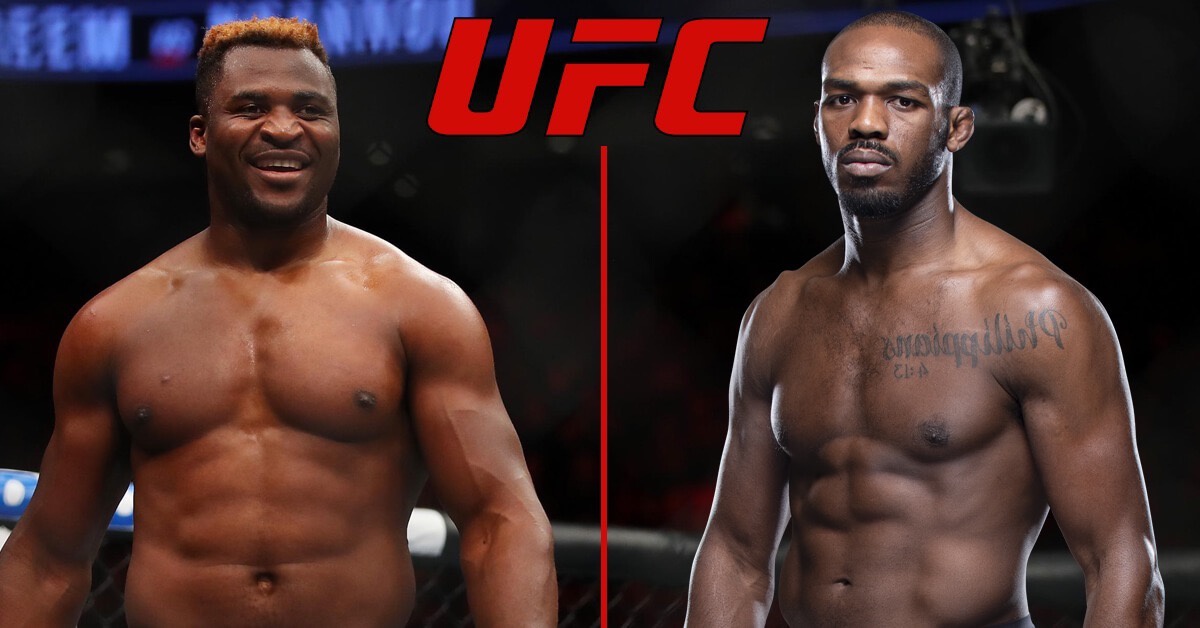 As the mixed martial arts scene has rolled into the second months of 2022, we have already witnessed one of the most awaited UFC fights of this calendar year- the contest between UFC heavyweight champion Francis Ngannou and Ciryl Gane at UFC 270 on 22nd January. This weekend will also see the highly exciting rematch between reigning Middleweight champion Israel Adesanya and former champion Robert Whittaker in the main event of UFC 271.

With almost the entire year still remaining, there are certainly some matchups that peaks the interest of the fans more than the rest. While some fights are yet to be confirmed or even some case, reach legitimacy, they are on the top of the wishlist of the fans. UFC fans can also get their taste in online casino.

Even though it has been two years since Jon Jones was seen in action inside the ring, the former UFC heavyweight champion still remains as one of the most exciting MMA fighters to watch. Despite being riddled in controversies outside the cage, to witness “Bones” back inside the Octagon is a grandeur event and it is highly expected that on his return, Jones will aim straight at the UFC heavyweight throne, on which Francis Ngannou currently sits.

“The Predator”, who is fresh off of his title defense against former interim champion Gane at UFC 270 last month has his own rough and tumble with the promotion regarding his current pay and denied a contract extension. However, to see two of the most elite heavyweight fighters against one another is a show stopping event that is on the top order of MMA fans this year.

The year 2021 ended in a massive shocker for the mixed martial arts fans worldwide, when the seemingly invincible Amanda Nunes succumbed to Julianna Pena in the co-main event of UFC 269 in December. After remaining undefeated for six years, Nunes, who is still the Women’s Featherweight champion, lost her Bantamweight title to Pena, who clinched a 2nd round submission victory.

Even though it was one of the major upsets of 2021 and Pena certainly earned her place at the Bantamweight throne, fans still want an answer whereas Nunes’ reign is really coming to an end, or if the ‘Lioness’ can regain her crown when given a second shot at her newest adversary. All things point at a highly awaited rematch.

When it comes to the welterweight division of MMA’s top drawer promotion, it has certainly become the playfield of Kamaru Usman, the reigning champion who has brought the best the weight class had to offer to their knees, be it Jorge Masvidal, Colby Covington or Gilbert Burns. Usman has racked up one title defense after another and after staying undefeated for nearly a decade, it remained a question without an answer- who is at par with ‘The Nigerian Nightmare”?

Welcome Khamzat Chimaev. The Chechnya-born Swede is one of the brightest rising stars in the sport and coming from the land which gifted Khabib, Chimaev has outright demolished anyone he has faced so far, and the unbeaten Russian is undoubtedly the best the division has to offer Usman. A superfight between the two would set the MMA fandom in a frenzy.

It took Charles Oliveira ten years of performing at his peak to land his first shot at the UFC lightweight title, and the Brazilian did not disappoint. Going against former three-time Bellator champion Michel Chandler, Oliveira clinched the lightweight championship in May last year, as well as defended the belt against arguably the best contender in the division- Dustin Poirier in December. Now, “Do Bronz” will have to put his title at stake against one of the most exciting lightweights in the world- Justin Gaethje.

After contesting for Khabib’s lightweight title in 2020, Gaethje secured a win against Chandler in November last year at UFC 268 and the former interim champion is currently ranked as the number one lightweight fighter. As confirmed by UFC president Dana White, Oliveira will face Gaethje for his second title defense at UFC 274 on 7th May, and its a fight in this list that has reached legitimacy.

No matter if you love him or hate him, no matter if he is on a losing streak, Conor McGregor is, and will remain as the biggest superstar in mixed martial arts and whenever there are talks about the return of the Irishman to the Octagon, it excites the fans. The former UFC double champ is currently on a two fight losing streak against Poirier and ahead of his much-awaited return, “The Notorious” has seriously bulked up, with many pointing at a return to welterweight, where he may face his arch-nemesis, Nate Diaz for the trilogy.

The ‘Diaz’ surname has its credibility that needs no introduction. The younger of the two siblings is on a two-light losing streak and needs a win added to his record as desperately as McGregor.  With both fighters having a win over the other, putting the two face to face not only makes up for the biggest fight of the calendar year, it would also be a fitting closure to one of the most heated rivalries in the UFC.