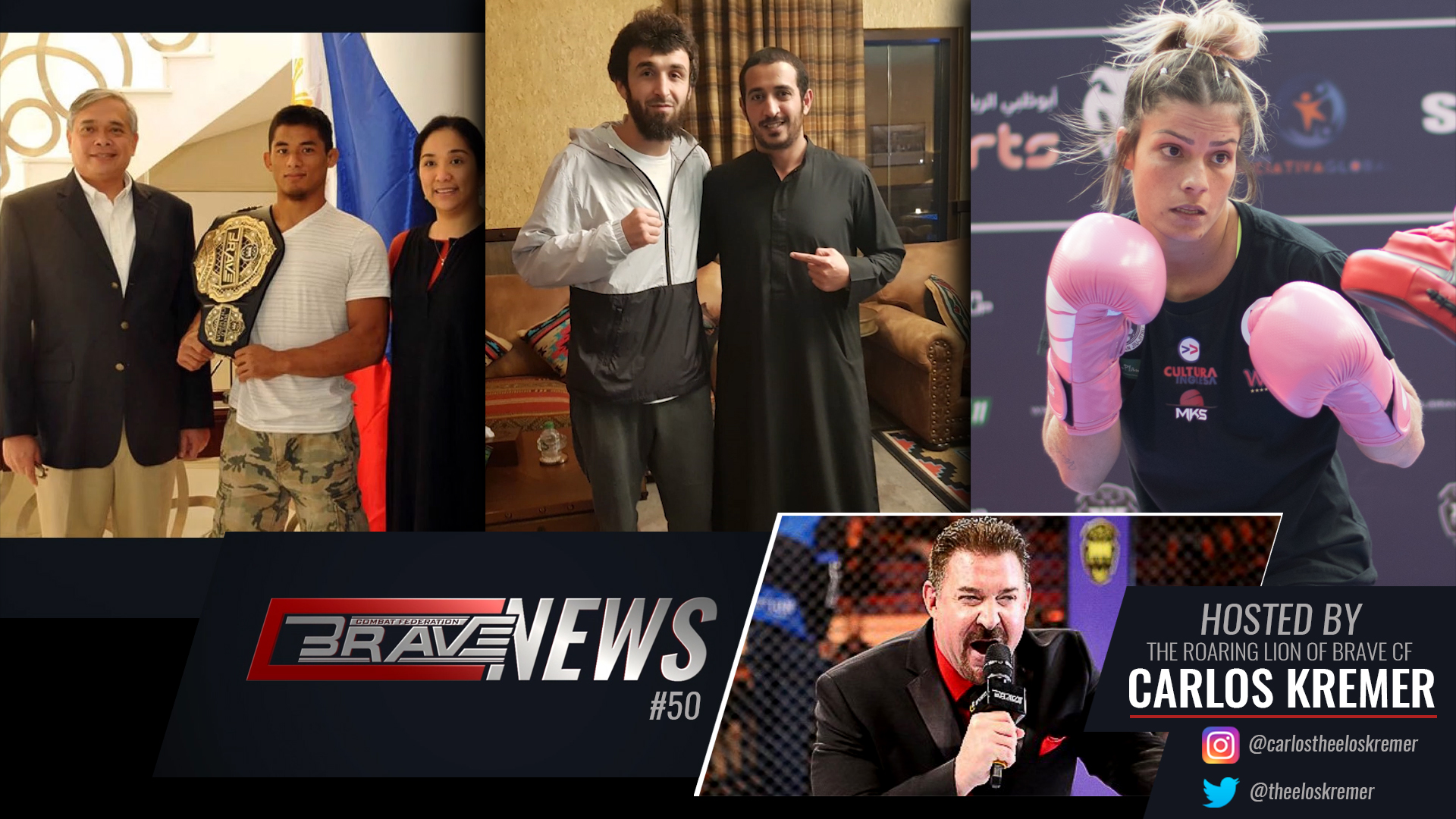 Brave Combat Federation launched the 50th edition of Brave News, which marks a milestone for Carlos Kremer, who has successfully hosted all fifty editions of the show. Brave Combat Federation has announced that there will be major upgrades to the show from the 51st edition onwards which will feature breaking news and announcements, with production from the KHK Media wing featuring partnerships with key stakeholders.
His Excellency Alfonso A. Ver, Ambassador of Philippines to Bahrain congratulated Loman for his successful title defense in the United Kingdom. Stephen Loman is the youngest champion in Brave Combat Federation and the only champion from the Philippines to defend an MMA belt in Europe. Loman successfully defended the championship against IMMAF gold medalist Frans Mlambo. He was crowned as the champion of the Bantamweight division of Brave Combat Federation by His Highness Sheikh Khalid bin Hamad Al Khalifa. The initiative by the Kingdom of Bahrain to give a global platform for fighters had a positive impact towards the growing relationship between Bahrain and Philippines.
The edition of Brave News also throws light into the fiery response from 2016 Brazilian Fighter of the Year, Luan Santiago. Santiago did not hold back his words while responding to Norman Parke who called Lucas Martins to defend the interim championship title against him. The edition also features the latest dream destination for the women’s Strawweight division sensation, Luana Pinheiro. Brave News also features the visit to the Kingdom of Bahrain by UFC fighter Zabit Magomedsharipov.
Mohammed Shahid reveals a possible destination for Brave Combat Federation in the future. The region had captured the attention of the promotion and stay tuned to “The Hawk’s Corner’ for the detailed video regarding South Africa.
Watch Brave News:

Previous articleUFC: Dillon Denis says Daniel Cormier will KILL Brock Lesnar
Next articleUFC : Cormier responds to Miocic’s call out for a rematch, says its an honour to share the Octagon with him