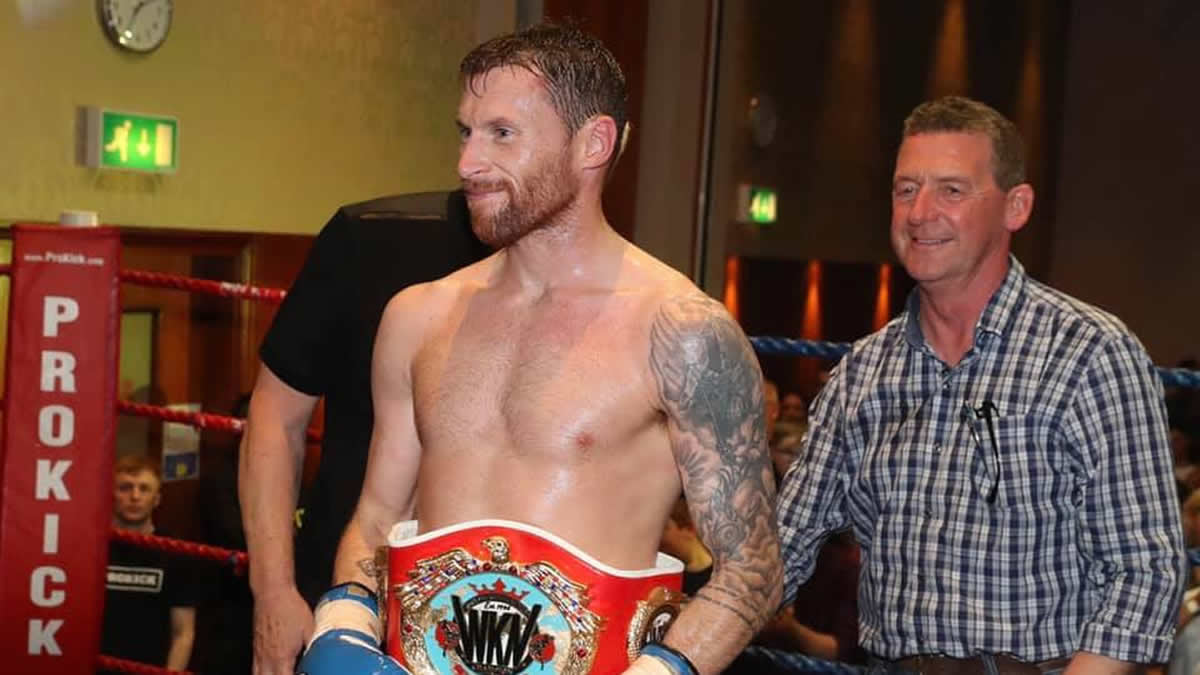 “Swift” Smith for WKN World welterweight title at PROKICK: King of the Ring in Belfast on June 6

Johnny Smith will challenge for a vacant World Kickboxing Network welterweight title on June 6 at Stormont Hotel in Belfast. The protegee of Billy Murray headlines the next “made in Prokick” event billed as “King of the Ring”. The happening marks the return of kickboxing world championship to Northern Ireland.

Undefeated in nine professional outings Johnny Smith (9-0, 6 KO) holds the title of WKN Intercontinental welterweight champion. In his previous bout last October he retained the belt and and earned a shot at world title by knockout in the second round against Shuhei Sone of Japan.

“Swift” Smith lifted intercontinental belt in June 2019 via fourth-round stoppage of Lee Ji Hoon of Korea. In addition, earlier in his career he held amateur world title and recorded 17-4-2.

The name of the second title challenger will be announced shortly.

The WKN welterweight title has been vacated by French star Bruce Codron, who has recently retired.

The undercard will see the A-list kickboxers representing Northern Ireland up against international competitors.