8oz gloves: Be careful what you ask for 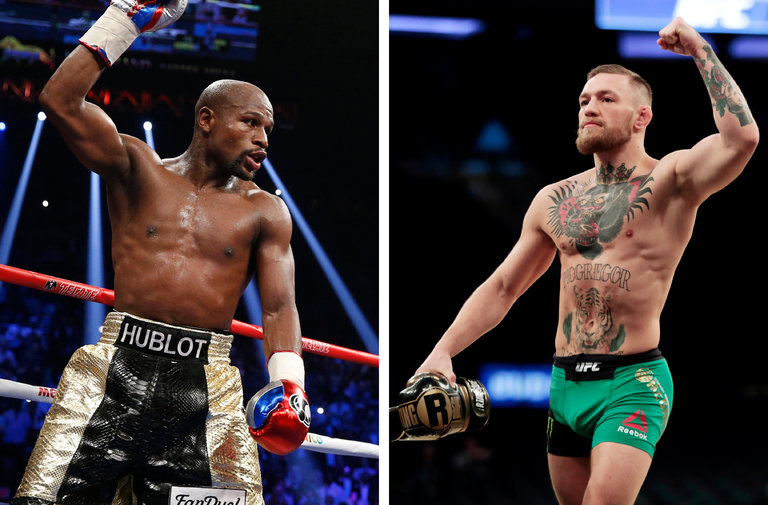 We’re not sure if Mayweather thought this would actually be approved…but it has. The fight between Flyod Mayweather and Conor Mcgregor will now be fought in 8oz gloves instead of the 10oz gloves as per boxing rules for their 154lbs weight class after receiving a one time waiver by the Nevada Athletic Commission.

Did Mayweather get affected by Conor’s constant needling about the glove size at the World Press Tour ? Well, Conor seems to think so. In an interview with Ariel Helwani he said he feels his bringing the glove size issue into the public space seems to have dented Mayweather’s ego which is why he put the post on Instagram about not having a problem with 8oz gloves. Mayweather says he’s doing it to give Conor whatever advantage he wants to feel more comfortable.

Leonard Ellerbe, CEO of Mayweather Promotions, feels keeping 8oz gloves increases the chances of someone getting knocked out.

So what are we waiting for? 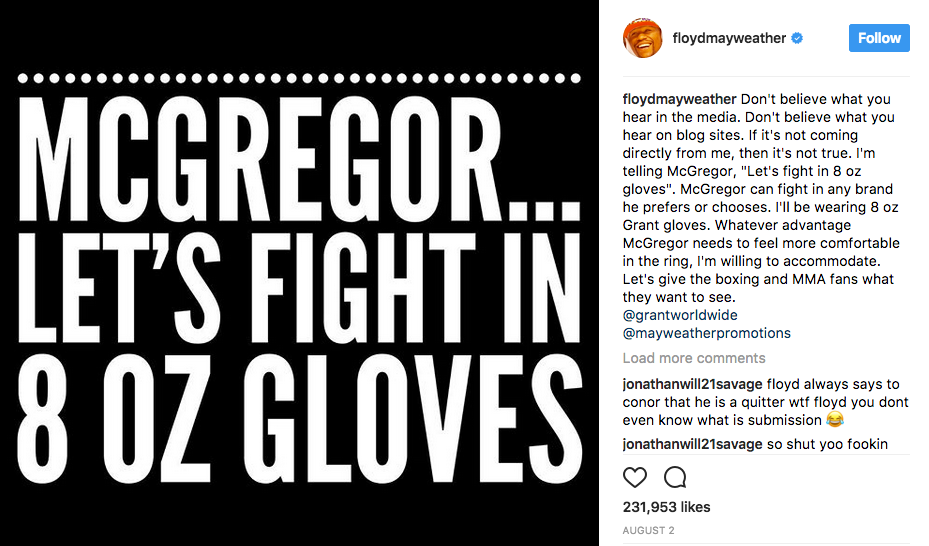