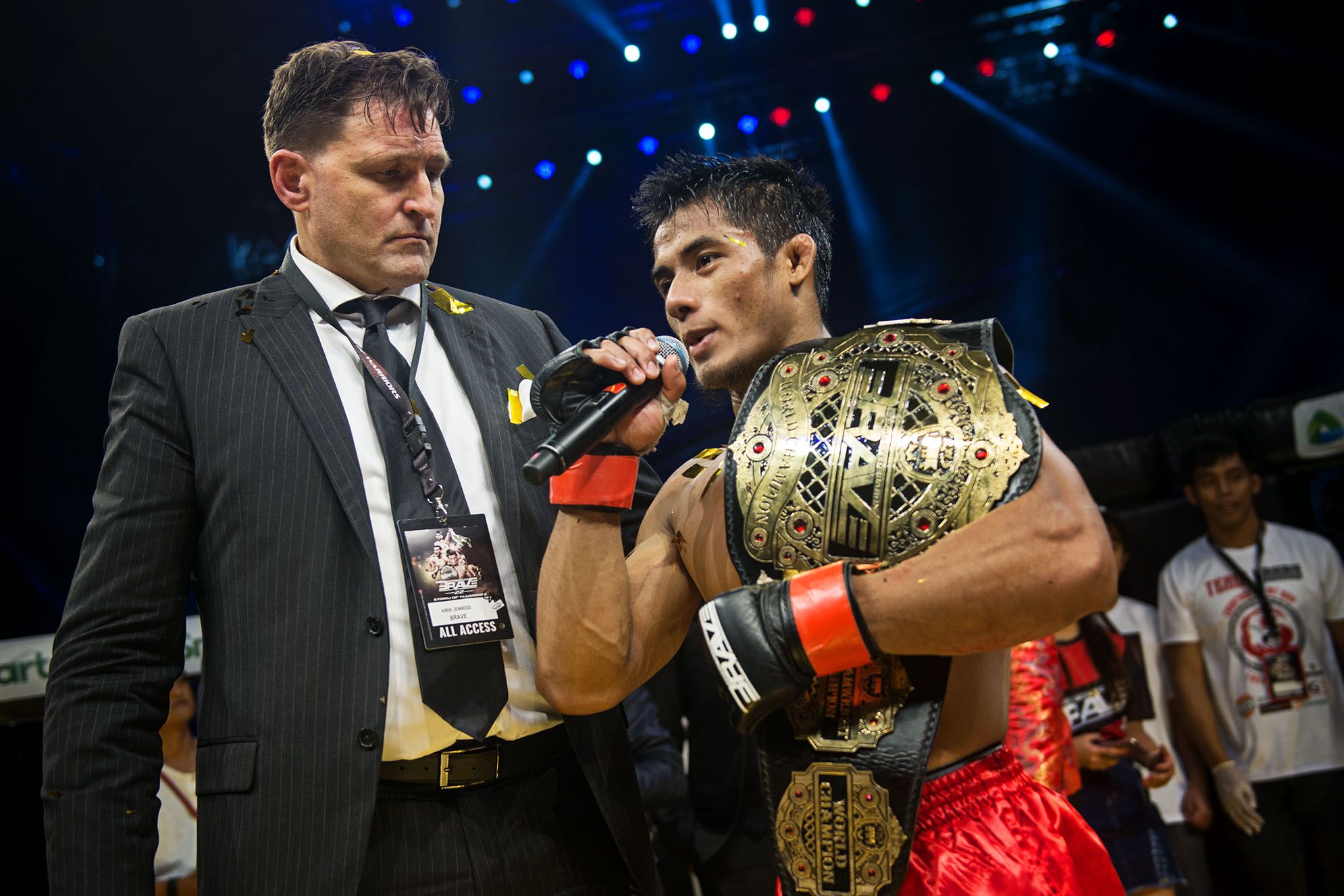 Stephen Loman has been with BRAVE Combat Federation literally since the beginning. One of the winners at BRAVE CF 1: Beginning, the Filipino star has grown alongside the fastest-growing promotion in the world and continues to rise in and out of the cage as an example of success through sports and has become an example of how far hard work and talent gets you. 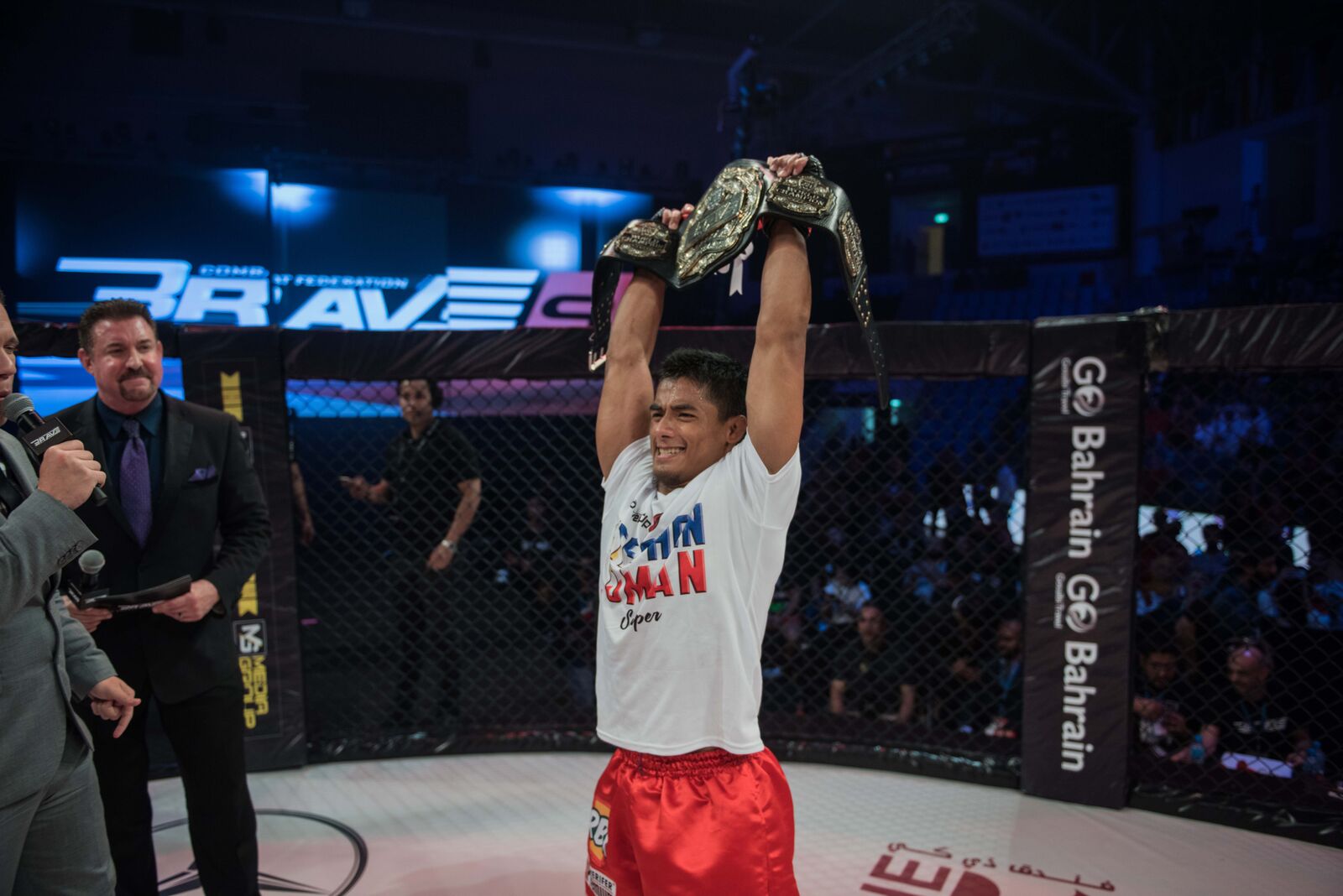 On this May 5th, “The Sniper” completes 900 days as BRAVE Combat Federation world champion, a title he won with a first-round knockout of Gurdarshan Mangat at BRAVE CF 9, in 2017. Since then, Loman has transformed into a superstar in the Philippines, as one of the faces of mixed martial arts in the country and the longest-reigning BRAVE CF world champion ever.
ince becoming a world champion, Stephen has grown exponentially as a martial artist, showing different facets of his well-rounded game and going toe to toe with some of the most dangerous contenders in the world. His list of successful defenses includes former BRAVE CF Featherweight champion Elias Boudegzdame and top striker Felipe Efrain.
FULL FIGHT – BRAVE CF 1 – Loman vs Mlambo 1 –  https://www.youtube.com/watch?v=2ITdiQ3cJ0w
But it all started with the settlement of a friendly rivalry. Back at BRAVE 1, Loman’s first win under the organization came against a young striker in Frans Mlambo. The two are on good terms, but the “Black Mamba” vowed to exact revenge. So he pulled himself together and went to work, going on a winning streak of his own and knocking on the champions’ door.
The duo ran it back at BRAVE CF 13, which marked the organization’s debut in Europe. In front of the likes of Amir Khan and Conor McGregor, Stephen once again stifled Mlambo’s game and dominated en route to a unanimous decision verdict in Belfast, Northern Ireland. 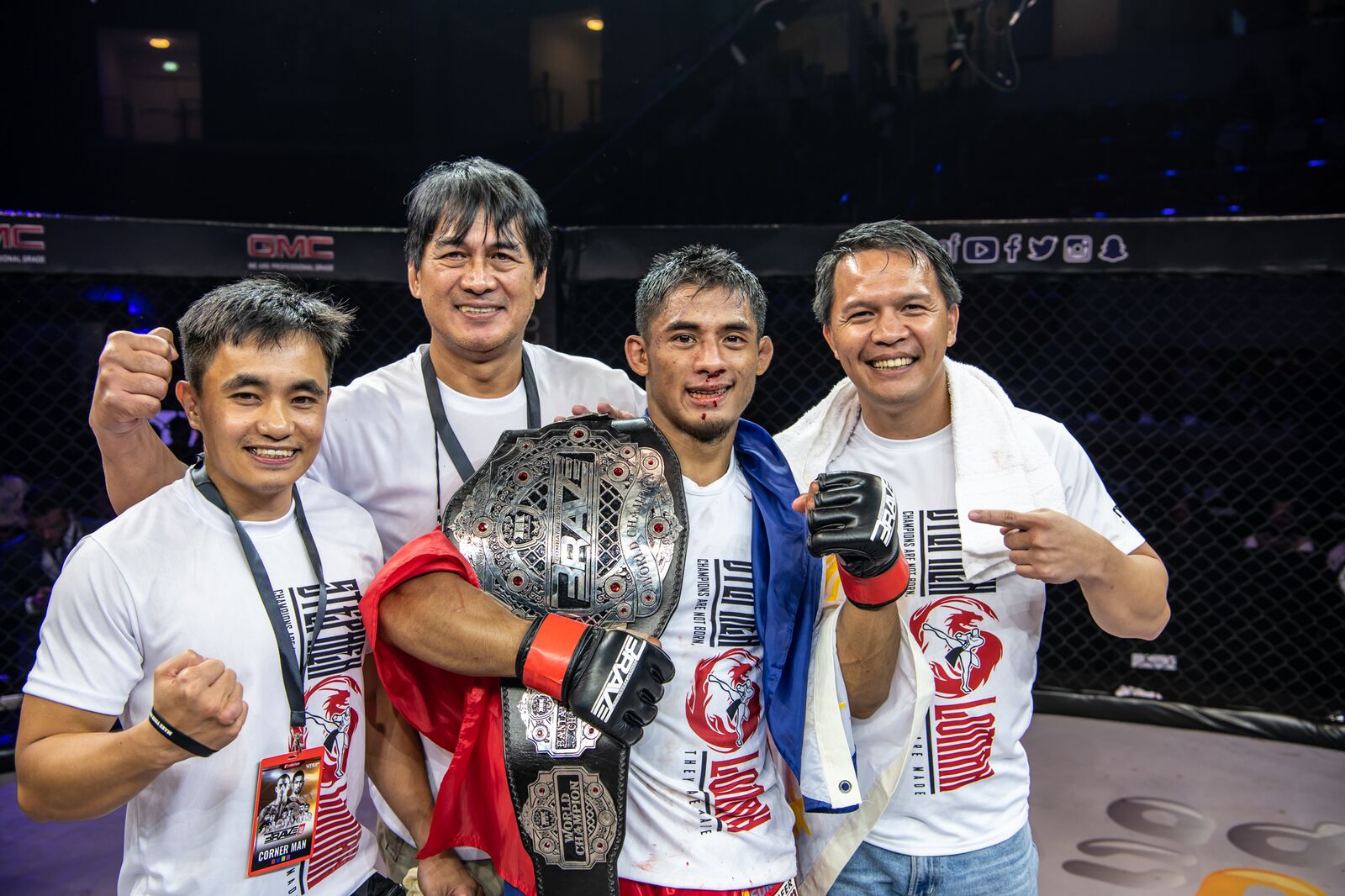 Soon after, a deadly striker was placed before him. Felipe Efrain had the KO of the Year award in 2017 and is trained by Diego Lima from the legendary Chute Boxe Academy, Brazil’s finest muay thai gym. Loman himself a star of Team Lakay, perhaps one of the hidden gems of the MMA world, wanted to prove he was more than a wrestler.
For five rounds, he went toe to toe with the strongest striker in the division and came out victorious. As he had his belt put around him by superstar Khabib Nurmagomedov at BRAVE 18, Loman knew he had done something special: he became the first-ever BRAVE Combat Federation champion to defend his belt more than once.
VIDEO – BRAVE CF 18 – Loman vs Efrain – https://www.youtube.com/watch?v=ST1JjAW07t4&t=30s
But he was far from done. Next up, a homecoming. In the biggest of stages, in front of his friends and family, and in the memory of his uncle, Loman put on the most dominant performance of his career, annihilating former Featherweight world champion Elias Boudegzdame and successfully defending his throne for a third consecutive time.
As his legend grew and the days passed, Bantamweights were scrambling to get the next shot at the king. The chosen one was Louie Sanoudakis, who was undefeated under BRAVE CF and could present a lot of problems for Loman.
The two of them met at the main event of BRAVE CF 30, in India, and Stephen once again took over. Wary of his opponent’s slick ground game, Loman took care of the action with leg kicks and combinations that rendered Sanoudakis helpless en route to yet another dominant victory.
As the clock starts to tick on his way to 1000 days as a world champion, Loman has yet to find his match. Many have tried and many have failed. But he knows it only takes one. And that is why the hard work – in and out of the gym – doesn’t stop.

Previous article
Patrick Grove, Co-Founder/CEO of Catcha Group and Co-Founder of iFlix, Set to Guest Star on ‘The Apprentice: ONE Championship Edition’
Next article
THE UFC 249 CONTEST