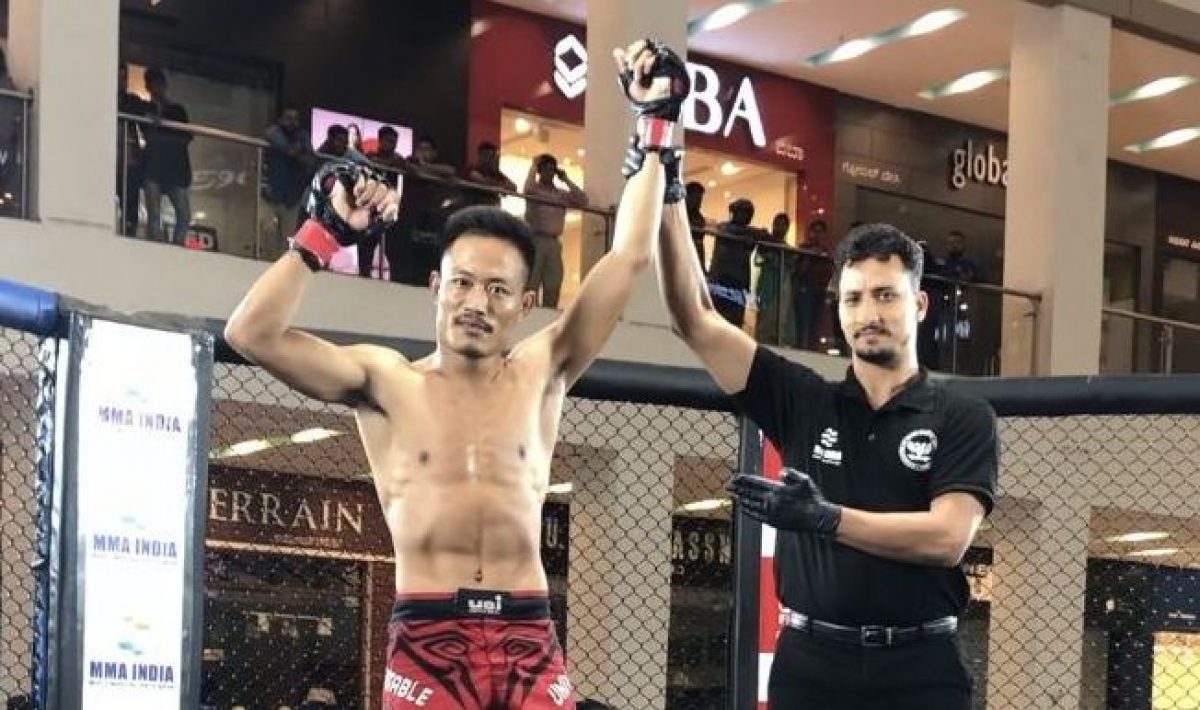 Our Friday Fighter this week is  Longtsukumba Ao who hails from Nagaland and trains at The Combat Academy. 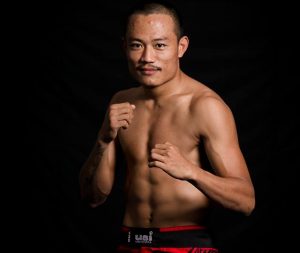 ‘The Combat Academy’ in Nagaland under head coach Khriemelie Metha has been producing some of the best fighters in the country. Over the years, the North-Eastern part of the country has become a breeding ground for Martial Artists and more so for the sport of Mixed Martial Arts. One of those fighters is LONGTSUKUMBA AO. He made his professional MMA debut at GAMMA Asian Championship where he won silver in the 170lbs striking MMA Category fighting in a heavier weight class at welterweight as he did not want to fight his teammate from TCA Nagaland 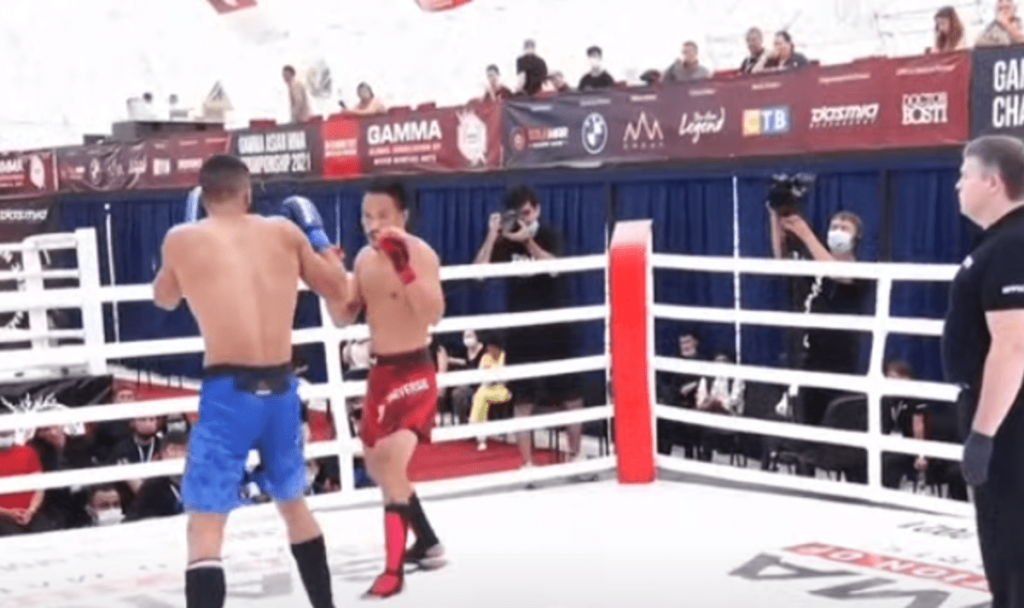 Longtsukumba Ao started training in MMA four-years back in 2016. He started doing it basically for fitness purposes with no clear cut goal in my mind. His goal in the beginning, was just to getter a better physique and work on cardio and nothing else. I focused on strength and cardio. Then one day his coach suggested him to start participating in fights and he fell in love with it and decided to do it for the rest of his life. Three and a half years back he fought in an amateur fight ni Bangalore and won one fight. 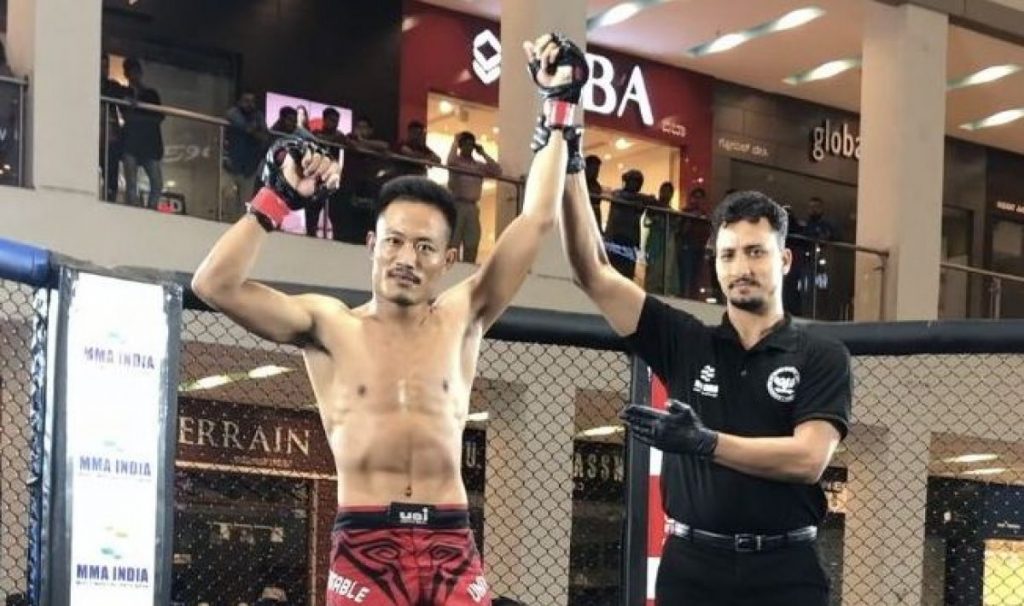 in one of his interview with us he talked about his team and training partners “ All of them are amazing. All my training partners are amazing we push each other harder and harder each day. We all are like brothers but when it comes to training we all give our best and try to bring the best out of our partners. It’s the competitive mindset that we all have. Everyone is trying to be the best and push each other harder and most importantly whatever happens inside the gyms stays inside and nobody minds.”

Longtsukumba Ao talked about his future plans “Actually I had many plans but everything got spoiled. I and our head coach had some plans and fights that we were going to fight in but everything happened and now we are looking forward once it comes back to normal. I was thinking of turning pro by this year so let’s see what ahead. So let’s see maybe next year.”

Longtsukumba Ao shares an important message to all the young fighters out there: “As an MMA fighter mental aspect is the most important. A proper mindset is the most important factor for me. That’s the first thing and getting inside the cage is not a job and the second thing is physical be strong and work hard on strength and conditioning. MMA is not like one dimensional there are several aspects of the game that you have to be good with. You have to come prepared at all the levels of the game. 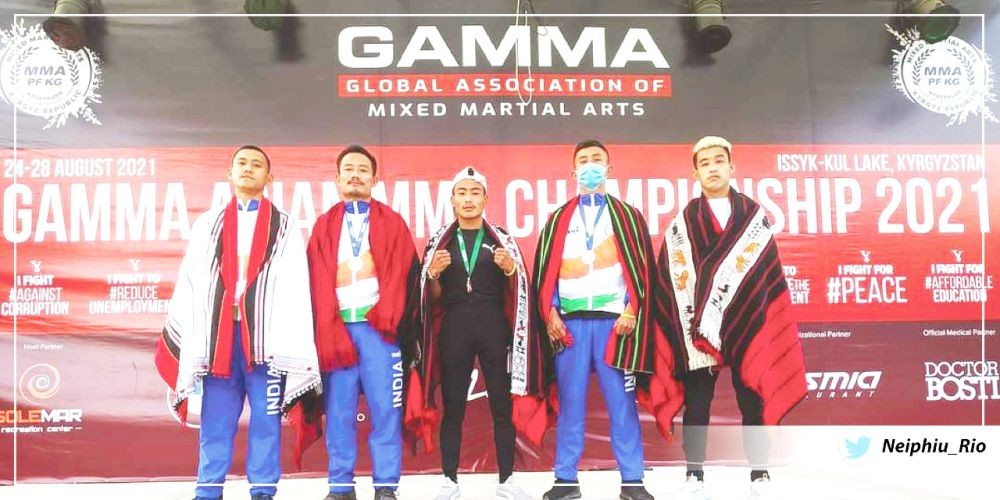