UFC: Dana White takes a shot at GSP: He’s not ready to fight 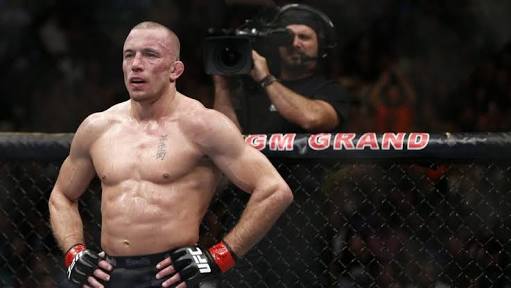 At UFC 217 in November last year, former welterweight champion Georges St-Pierre made his much anticipated return against the champion of a division above his natural weight after a massive four-year layoff.

However that didn’t stop the former welterweight champion as he defeated then middleweight champion Michael Bisping to join the elite club of five fighters to hold belts in two different weight classes.

Ever since, fans have been waiting for another comeback fight from ‘The Rush’. St-Pierre has expressed interest in fighting Conor McGregor and lightweight champion Khabib Nurmagomedov. Other options like Nate Diaz, Tyron Woodley and recently Ben Askren have been associated with St-Pierre, however St-Pierre didn’t really get the appropriate opportunity to sign the dotted line.

“I don’t think Georges St-Pierre is looking to fight right now,” White told MMAjunkie on Thursday. “You’ll hear him go out and do interviews: ‘I’ll fight Conor’ and stuff like that. But that’s not realistic. I think if Georges sees a fight that he likes, he’ll call it out, but he’s not looking to dive back in there anytime soon.”

There were rumors of St-Pierre making a cut down to the lightweight probably to fight champion Khabib Nurmagomedov. However White counted out the chances of him fighting for the belt.