A case of AKA and its pull out merchants, and why Khabib will likely never fight Conor McGregor 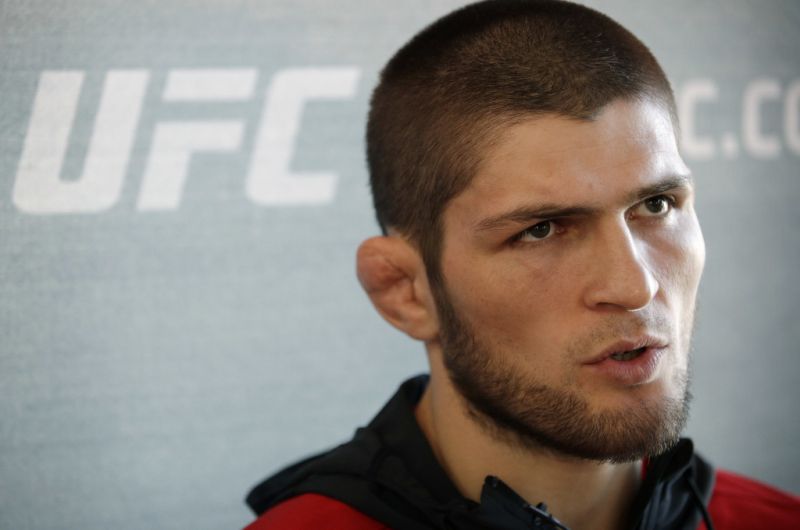 Going into UFC 209, the most anticipated fight of the evening wasn’t for the welterweight title. Instead, for the first time in recorded history, an interim title fight stole the spotlight. While Woodley and Thompson were involved in a  FOTY contender last year, the MMA fans and pundits salivated thinking about the showdown between one of the best strikers in the division – Tony Ferguson, and one of the best wrestlers in the UFC in Khabib Nurmagomedov.

There was more than just the interim belt on the line at UFC 209; the implications of the fight would have seen the winner taking on the only ‘money fight’ in the UFC (according to Dana White), Conor McGregor. While the fans have been yearning to see either Tony Ferguson or Khabib Nurmagomedov take on the brash Irishman, the winner would’ve had the opportunity to shut Conor up, while laughing their way to the bank.

On the day of the weigh – ins, things took a calamitous turn. It was reported early in the morning that Khabib was taken to a hospital due to complications stemming from his weight cut. While Khabib himself had earlier admitted that he cuts dangerously large amount of weight before a fight, no one really thought about Khabib missing weight – no one except for Conor McGregor. 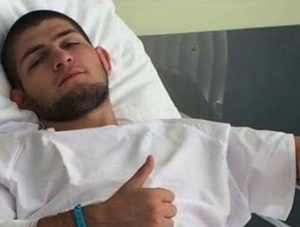 After making history at UFC 205 by becoming the only two division champion, holding both the titles at the same time in promotion’s history, Conor was asked about fighting Khabib next. Conor, in his usual Mystic Mac fashion, termed Khabib a “pull out merchant”.

‘He ain’t fight too frequent for my liking. For me to commit to something like that, I need to see solid proof that people are gonna show up and he’s a consistent pull-out merchant.

Conor wasn’t entirely wrong in his assessment, and neither was this the first time Khabib pulled out of a fight. In fact, Khabib did not fight for nearly two years from 2014 – 2016, and pulled out of three fights during this period – twice against Cerrone and once against Tony Ferguson back in 2015.

While Khabib has been lobbying for a title fight against Conor, one of the reasons UFC has been on the fence with the idea is because of Khabib’s inconsistency. An image surfaced online after Khabib was pulled from the card at UFC 209, with Khabib eating tiramisu during fight week! Tony  then blasted Khabib on the MMA Hour, and called him ‘disrespectful’.

This warrants a closer look at the fighters from the American Kickboxing Academy – a gym Dana White has been critical of on numerous occasions, calling them a ‘stone aged gym’. Here was what Dana said about AKA and its fighters.

“Some of the gyms we did (addressed over training). With others it’s as bad as ever. Listen, guys at AKA get injured every single fight. Luke Rockhold is out. Khabib [Nurmagomedov] got hurt there training. Then you have Cain Velasquez. The champ, Daniel Cormier is hurt.

I don’t know, man. We started doing these seminars and stuff.  They’re receptive to it. But I don’t know. Where there’s smoke there’s fire, man. Staggering numbers.” 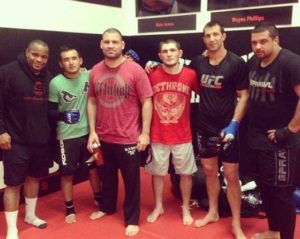 Under one of the best coaches in the world in Javier Mendez, AKA is considered to be the best gym in the world for grappling and wrestling. With the likes of Cain, DC and Khabib training out of AKA, there is very little reason to doubt those claims.

However, many fans and pundits have been critical of AKA in the past for the alarmingly high rate of injuries sustained by the fighters during their training sessions. While Khabib’s recent weight cut debacle is a separate issue, the likes of Rockhold, Cormier and Velasquez have all pulled out of fights in the past year alone!

This leads us to one simple conclusion – the highly anticipated fight between Khabib and Conor might never materialise. Conor is undoubtedly the biggest draw in MMA today, and the current UFC Lightweight Champion wouldn’t be willing to jeopardise his fight by going up against someone that, historically, has a high probability of pulling out of the fight.

That’s a bummer, considering that has been the fight everyone has been talking about for the past year.\