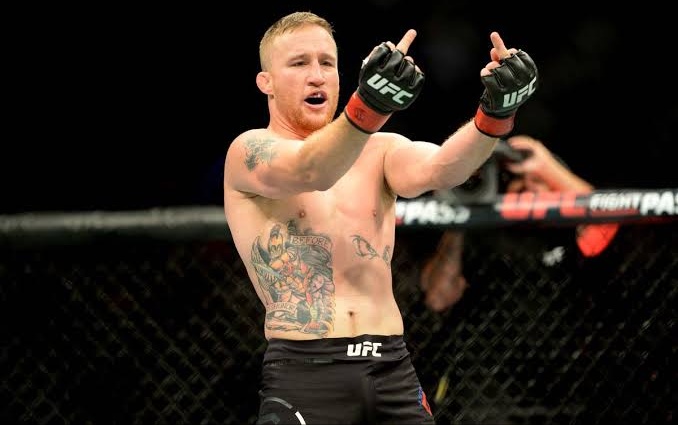 The former and the original UFC champ champ Conor McGregor famously or rather infamously had competed against former multiple weight boxing champion and Olympic medalist Floyd Mayweather Jr. back in August of 2017. He recently again fuelled some hearsay about a potential boxing rematch against Mayweather. This apparently did not go down to well with former WSOF lightweight champion and the current fan favourite UFC lightweight Justin Gaethje.

Gaethje was furious by this. He blasted Conor on social media and claimed that he is ruining the integrity of the sport. Below is what he had to say:

Do it the right way pussy. Stop shitting on the integrity of the sport. You want [Khabib Nurmagomedov] again you fight me, or the winner of [Donald] “Cowboy” [Cerrone] and [Tony] Ferguson or get the fuck out of here and enjoy all that money.

Previous articleEddie Bravo guarantees Tony Ferguson will be 100% in Cowboy fight
Next articleAnthony Smith to Luke Rockhold: If you want my spot, you’ve got to chase it!