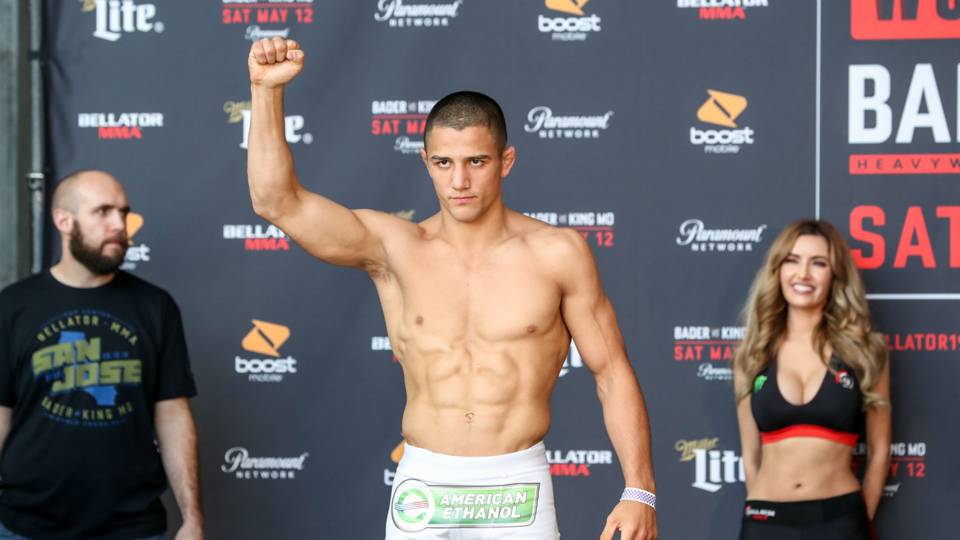 Bellator MMA’s Aaron Pico is currently one of the hottest MMA prospects around. Pico, who is a high level wrestler, currently holds a MMA record of 4-1 and is surging on his way towards the top of the Bellator’s featherweight mountain. He is now scheduled to face off against Henry Corrales at Bellator 214. It is quite likely that if Pico were to win this fight then would be the next in line for a title shot. Pico, who is still just 22 years old, is hoping to become a young champion just like the infamous MMA legend Jon Jones, but is looking to avoid similar pitfalls as Jones. 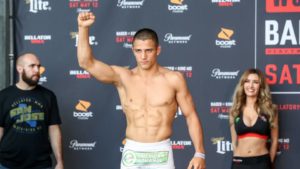 I haven’t been in that position but I can tell you one thing my family would keep me in check. It is a lot of pressure but I feel like I can be that guy that showed a good example of what a young champion is about. I have everything in order, I have my training in order, I have my wife. it’s not that it is all figured out, but I mean I got an understanding of what I want with life and there is only one way to get that is by going and winning, winning championships.

I can tell you that, oh, I won’t do this, I won’t do that but I’ll tell you one thing that I’ll feel embarrassed if I was going home and it’s in the front newspaper that Aaron Pico is out doing something that he is not supposed to be doing. It wouldn’t feel good calling my grandparents. It wouldn’t feel good calling back to my household, my parents would be very very pissed. i wouldn’t want that shame.

You can check out his interview below:

At 22, @AaronPicoUSA is looking to break @JonnyBones' record for youngest champion in a major MMA organization. And if he does, he won't let the pressure break him. #Bellator214 https://t.co/gKvOSF7wlR pic.twitter.com/3hO5K5LLo3

Would you believe it? Jose Aldo is an underdog against Renato Moicano

Previous articleWould you believe it? Jose Aldo is an underdog against Renato Moicano
Next articleWithout broken hand, Anthony Pettis feels Tony Ferguson would have been done
- Advertisement -