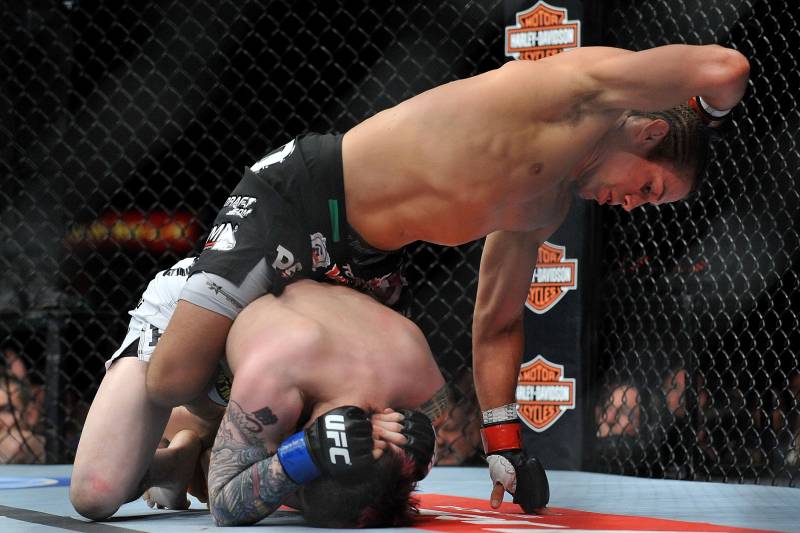 In its annual conference meeting on Tuesday in Scottsdale, Arizona the ABC passed an alteration of its rule on the definition of grounded fighter. The news was notified by ABC president Mike Mazzulli. He further added that the the amendment was passed with a whooping majority of 42-0.

The new rules state that a grounded fighter constitutes anyone who has more than just the soles of his her fight on the ground. The exception to this is placing the fingers on the ground. A fighter can put a single fist or palm on the ground and be considered grounded, but not solely one or two fingers.

The importance of this rule stems from the fact that a grounded fighter can’t be hit with kicks or knees to the head.

Mazulli hopes that all the commissions will pass the new definition in the near future. He further hopes that the new rule set will be in affect from July 2020. Mazulli, who himself leads the Mohegan Tribe Department of Athletic Regulation, said that he can get the rules implemented in his commission almost immediately.

CSAC executive officer Andy Foster said the new regulation will likely be brought to his commission in December. Nick Lembo, counsel of New Jersey State Athletic Control Board (NJSACB), assured that his state will pass the new rule. However, the same couldn’t happen before UFC Newark this Saturday.

However, this isn’t the first time that such a change has been brought into place. In 2016, the ABC passed a package of new rules, including a revamped definition of a grounded fighter, with the hope that by Jan. 1, 2017, all commissions would be using it. Nothing concrete stemmed out of it and ABC’s and MMA’s rule sets have still been on separate lines.

“Our end goal is to have our sport have a unified rule set in all states and commissions to help the fighters have a single rule set,” Mazzulli said.

Unified Rules in MMA and Why We Need Them