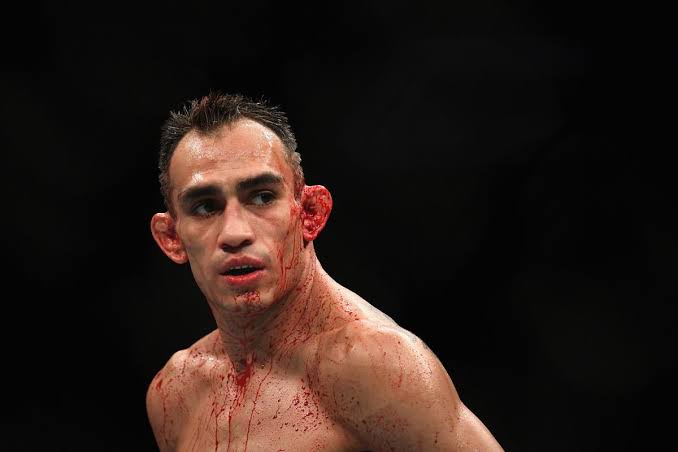 The bout would probably be a virtual title eliminator as the winner is expected to take on the winner of the rumoured UFC 241 unification bout between champ Khabib Nurmagomedov and interim champ Dustin Poirier. Nurmagomedov’s manager Ali Abdelaziz however seems to have already started plotting mind games as he got into a Twitter altercation with Ferguson. 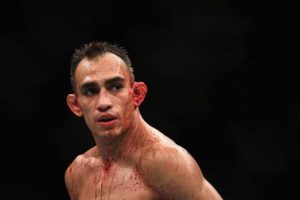 Abdelaziz tweeted ESPN’s graphic, however placing a clown emoji over Ferguson’s face and a chicken emoji over McGregor’s. (via Twitter):

The real champion fighting the number one contender & a clown fighting a cowboy & a quitter fighting someone who will take his soul away @Justin_Gaethje @TonyFergusonXT @DustinPoirier @TeamKhabib pic.twitter.com/bwFwkM9nnR

Ain’t No Clowning Around You Fake (expletive). @AliAbdelaziz00 You Better Leave My Name Out Of Your Mouth Before I Mop The Mat With Your Sorry Ass. You Ain’t (expletive) W/ Out Your Homeboys Ya Snitch. No Pride, No Guts, Just Like Your Paper Chump [email protected] See You In Person Soon.

It didn’t end here as Abdelaziz continued the trash talk. (via Twitter):

Ferguson responded again, this time however with a calmer response.

“I Can’t Stoop To Your Level Anymore. You’re An Embarrassment To This Sport & To All MMA Fans. I’m Too Focused For You & Anyone Else. Yeah I’m Fighting On The Undercard For #UFC238 But I Don’t Mind. It’s Champ Shit Only Ali, Something You’ll Never Know About. Praying For You.”

Ferguson was offered a lightweight interim title fight against featherweight champ Max Holloway which reportedly he declined. The shot was thus offered to Dustin Poirier. Meanwhile, Ferguson was reportedly going through some mental health issues which further extended his layoff. Ferguson would like to extend his 11 fight winning streak to reaffirm his place as a lightweight title challenger.