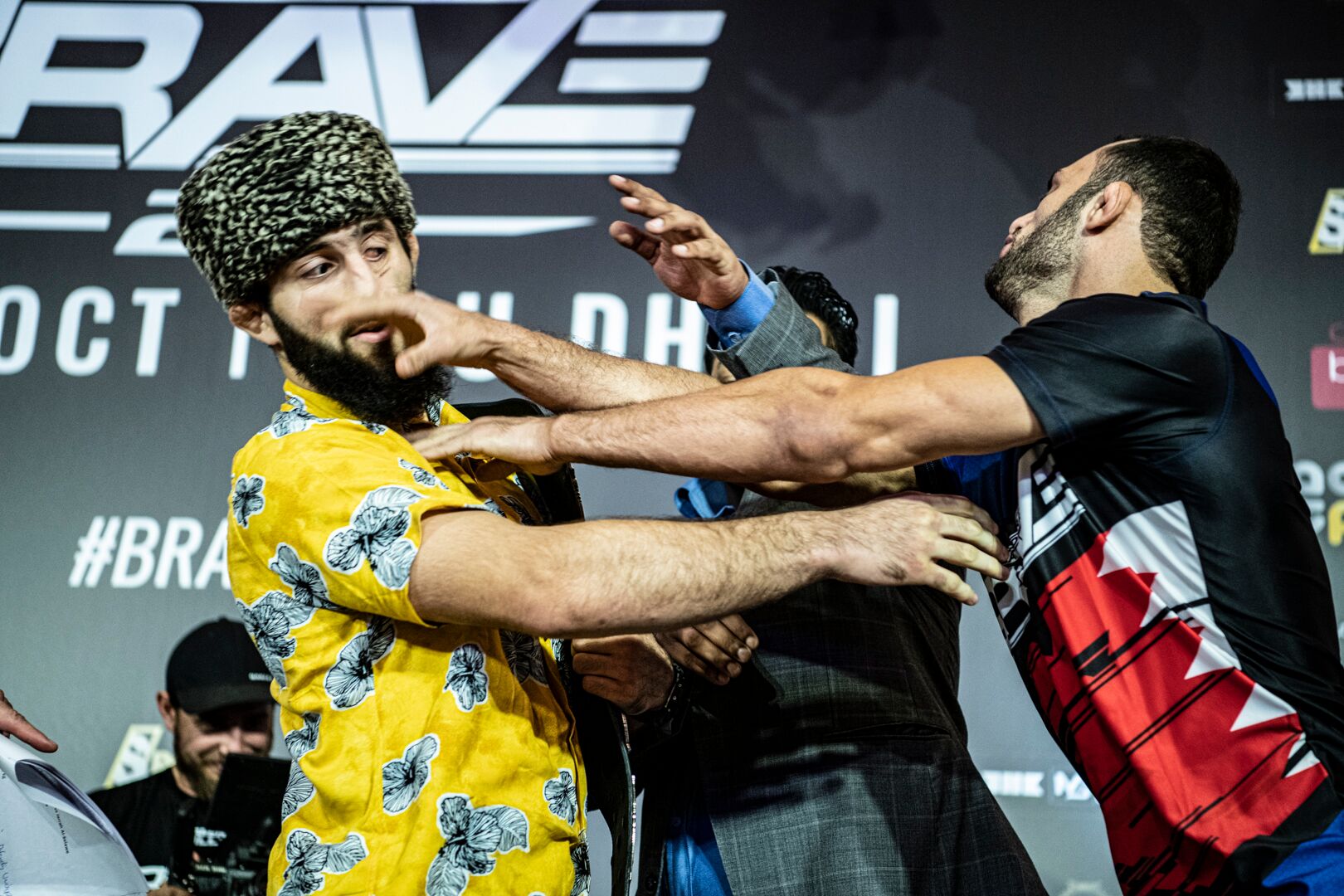 The biggest rematch in BRAVE Combat Federation history reached a boiling point ahead of BRAVE CF 27, which takes place at the Mubadala Arena, in Abu Dhabi, this Friday. World champion Abdoul Abdouraguimov squared off against challenger and former titleholder Jarrah Al-Selawe during the ceremonial weigh-ins, and the duo started a brawl in the stage, which was only ended when staff stepped in to separate both athletes.

Abdouraguimov, who beat Al-Selawe back in April to claim the title, stepped in with his belt to face off his rival. The two quickly exchanged words and started pushing each other. Then, Abdoul went in for a takedown on Al-Selawe, and both fighters got tangled up with BRAVE CF president Mohammed Shahid, and ring announcer Carlos Kremer.

Staff and security got to the stage to defuse the situation, but not before both men connected with punches and swore at each other. Their rivalry stems from the first fight, which took place in Jarrah’s home country of Jordan. During fight week for BRAVE CF 23, Abdoul invaded Al-Selawe’s gym, and the two men had a heated argument.

In that fight, Abdoul ended up getting a split decision victory, maintaining his perfect record and handing “The Jordanian Lion” his first loss at BRAVE CF. Since the result of the fight was disputed by fans, an immediate rematch was scheduled and it goes down tomorrow after both men ended up giving a taste of what’s to come on fight night.