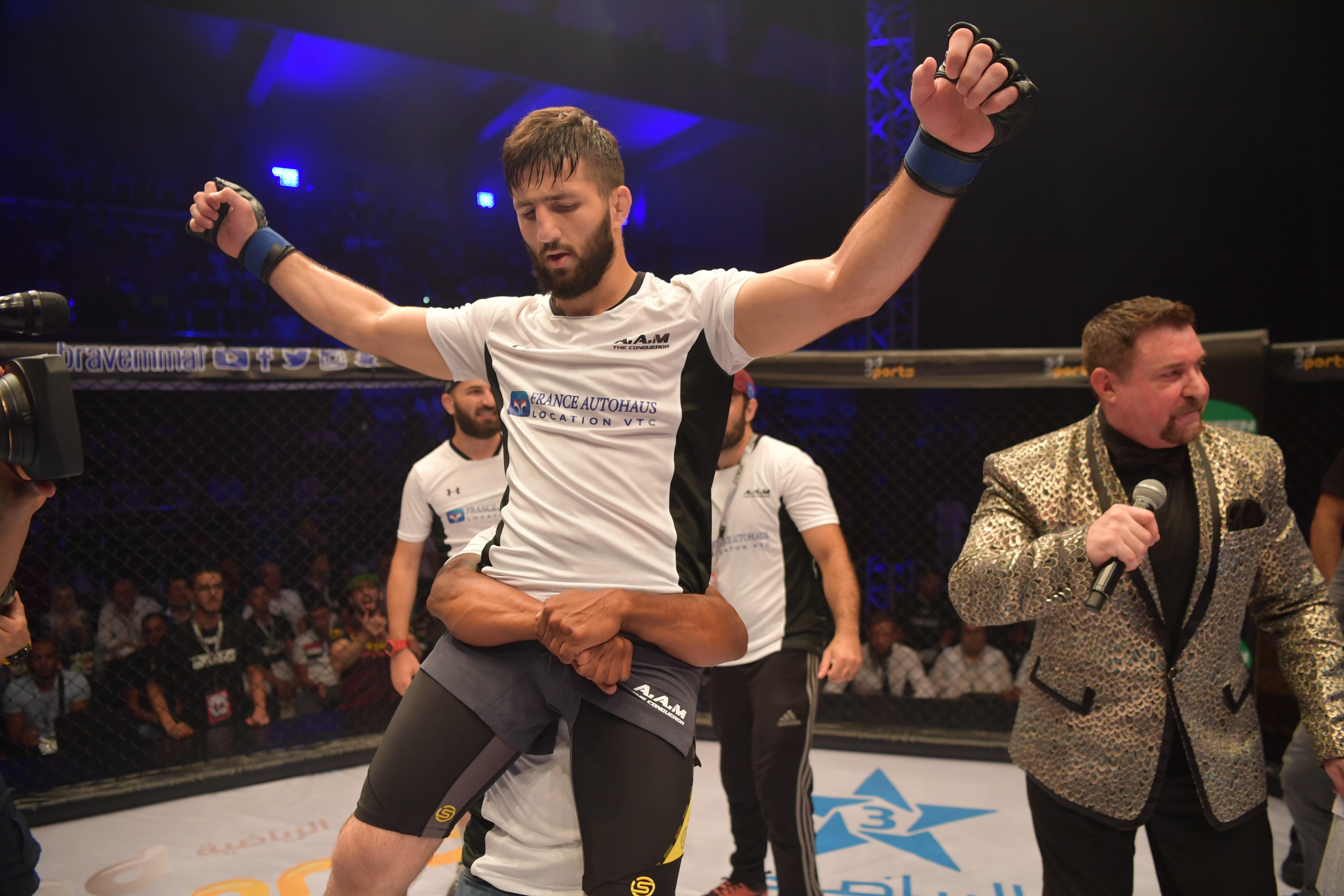 At 23 years old and with nine professional bouts to his name, Abdoul Abdouraguimov is set to take the world of MMA by storm when he meets champion Jarrah Al-Selawe in the main event of Brave 23, on April 19th. The bout will serve as Al-Selawe’s first Welterweight title defense, but “The Conqueror” is ready to shock the world.

Even though he only has two victories under the Brave banner, Abdouraguimov beat two top fighters and climbed his way towards a title shot with dominant performances. He has surprised fans and analysts with his brutal ground and pound, well-timed takedowns and ever-improving stand-up skills.

He made his promotional debut against Sidney Wheeler at Brave 14. “The American Kid” is a decorated wrestler back home, with multiple High School state titles to his name. However, Abdoul was the superior fighter in all areas, including takedowns and ground and pound, where he finished the fight inside the very first round.

After impressing against Wheeler, the French-Russian submission machine was paired up against Rodrigo Cavalheiro in the main event of Brave 17. He faced a bigger and more experienced opponent and dominated. The Brazilian veteran has 30 professional MMA fights on his resume, as well as boxing bouts and competitive jiu-jitsu matches. He trains out of American Top Team, one of the best gyms in the world, and was riding a two-fight win streak with two brutal knockouts, but was unable to match the intensity of Abdouraguimov.

With a very peculiar background, “The Conqueror” has made waves in the grappling world, with titles in the European circuit, before changing his focus to MMA, where he will finally get world recognition in case he beats Jarrah Al-Selawe.

Brave 23 takes place at Al Hussein Youth City, Martyr Rashid Al-Ziyoud Hall (Boxing Arena), in Amman, Jordan, in cooperation with the Royal Hospital, and will have the City Mall as the show’s official entertainment partner.