Abdul Muneer withdraws due to injury 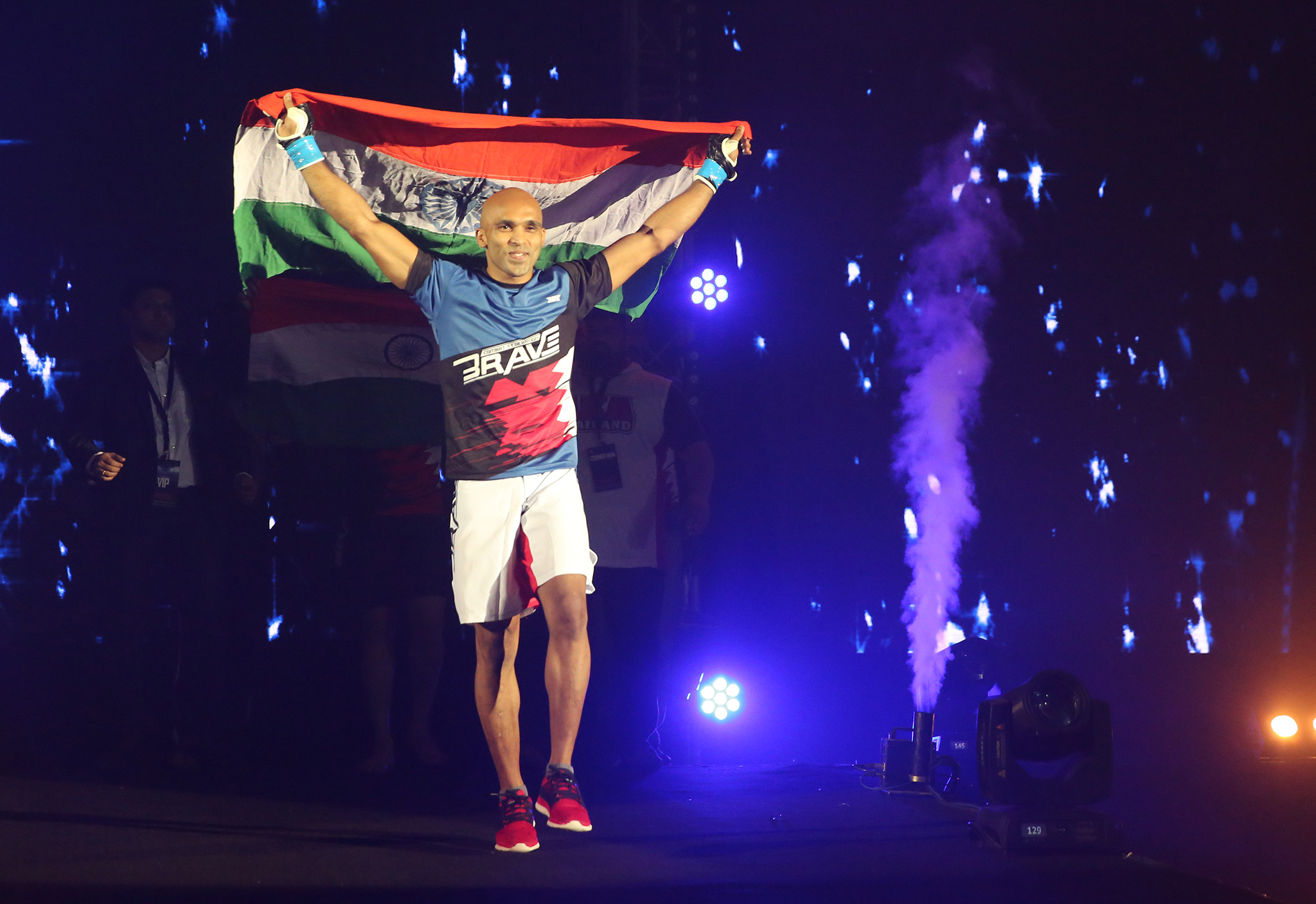 Brave Combat Federation will host the twentieth edition of the event on 22nd December in the Gachibowli Stadium located in Hyderabad, India. The fight night marks the return of Brave Combat Federation to host the second edition of the show in India. Apart from International Athletes, the lineup of Indian athletes was announced including Abdul Muneer, Kantaraj Agasa, Angad Bisht, Satendar Bankura, Satya Behuria and Sarabjit Singh.

The latest update confirms a major upset for Indian MMA fans as Abdul Muneer has officially withdrawn from the fight card. The veteran Indian Mixed Martial Artist has faced an injury during the wrestling sessions which requires a minimum of three weeks of rest. The 7 times State Champion in Boxing from Kerala is the first Indian to be featured in the main card of a global MMA promotion. The fighter from Calicut who had competed in nine professional bouts winning six of them was set to face Ali Qaisi from Jordan. Brave Combat Federation has confirmed that a replacement to face Ali Qaisi will be announced from India in the coming days.
Apart from Abdul Muneer, other major names in Indian Mixed Martial Arts is currently plagued with injuries. Mohd Farhad has suffered a boxers injury while competing in a local bout and had been sidelined from the action. Currently, Kantaraj Agasa is the single biggest name representing India during Brave 20. He will face Jalal Al Daaja from Jordan. Al Daaja is currently undergoing his training camp alongside the team including the reigning welterweight world champion of Brave Combat Federation, Jarrah Al Selawe. Brave Combat Federation has also confirmed to add an additional bout featuring an Indian athlete in the coming days. The main event of Brave 20 will be headlined by a clash between Sidney Wheeler from the USA and Leon Aliu from Italy.

Previous articleTJ Dillashaw congratulates Lomachenko on 2nd belt, predicts similar destiny for himself
Next articleMichael Chandler re-enacts a chilling scene from the Purge to promote his Lightweight Title fight against Brent Primus